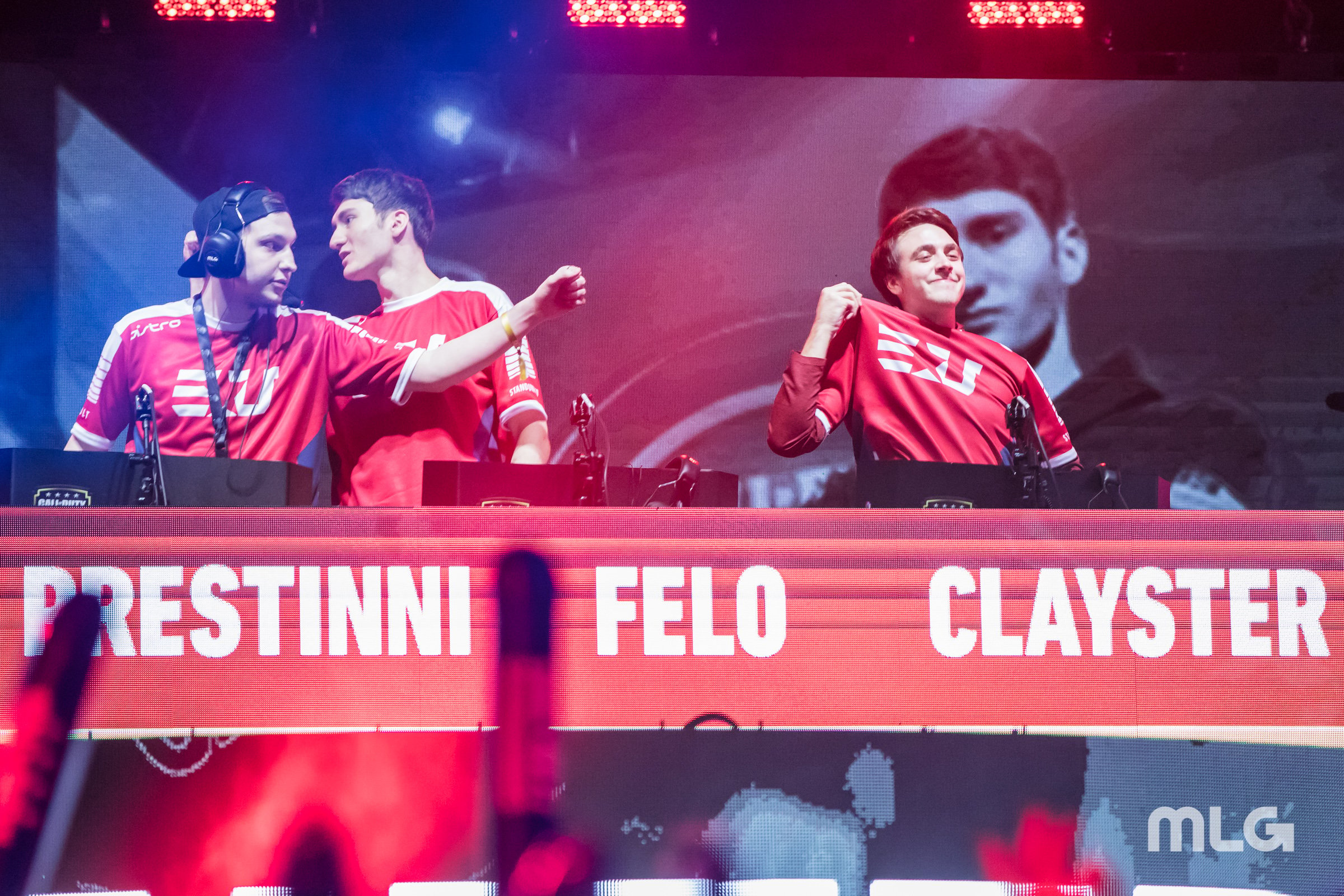 James “Clayster” Eubanks and eUnited have agreed to a contract extension that will keep the Call of Duty esports veteran on the team through the 2020 season, Clayster revealed via Twitter.

The former world champion has been with eUnited since June 23, 2017, when he was traded by FaZe Clan in exchange for Peirce "Gunless" Hillman. The trade ended a more than two-year tenure for Clayster on FaZe, who joined in June 2015.

Since joining the organization, Clayster and eUnited have failed to capture an open event championship, but the team consistently proved to be one of the most dangerous in the world.

In WWII, eUnited finished in the top six in seven different events, including a fourth-place finish at the season-ending CWL Championship in August. That event marked the end of that specific iteration of eUnited's roster as well, with the organization bringing in young star Tyler "aBeZy" Pharris and veteran Jordan "JKap" Kaplan, who won the 2015 world title tournament alongside Clayster.

In a pair of tweets, Clayster expressed gratitude for finding an organization like eUnited, who he says he has a mutually supportive relationship with.

"On a real note, I went back and watched a bunch of my team transition videos, the sentiment throughout was me just yearning to play for a team that wanted me and that wanted to grow together," Clayster said. "So absurdly happy I finally found a home, and I can't wait to see what we do this year."

At 26 years old, Clayster is one of the oldest and most experienced players still competing in the Call of Duty World League. He's also one of only two players to have competed at each of the world championship events, including the first $1 million tournament, Call of Duty XP 2011.

The next major LAN event that Clayster and eUnited will compete at will be the CWL Las Vegas Open, which begins on Dec. 7.