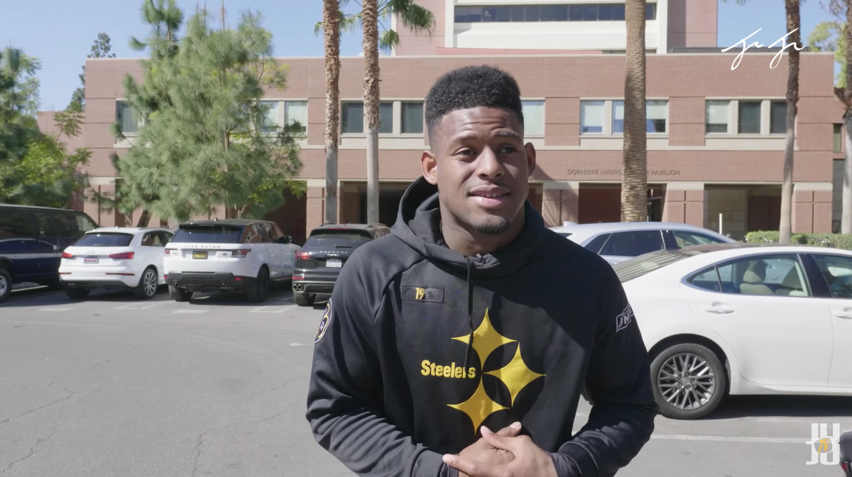 It seems as though Pittsburgh Steelers wide receiver JuJu Smith-Schuster has been enjoying his offseason playing and streaming video games.

After being selected in the second round of the 2017 NFL Draft, Smith-Schuster had an incredible rookie season for the Steelers—the former USC standout had more receiving yards (917) than any other rookie in the NFL last season.

But the 21-year-old has used this offseason to begin building his brand in gaming and entertainment by starting his own Twitch and YouTube channels. Now, Smith-Schuster has signed a six-figure sponsorship deal with gaming peripherals company HyperX, the organization announced earlier today.

As a brand ambassador for HyperX, Smith-Schuster will exclusively use HyperX headsets and branding on his livestreams, and he’ll be a part of fan events and marketing campaigns for the company.

“When I’m not training, studying, or at practice, I’m in my element playing video games; my HyperX headset offers the sound quality and comfort I need to stay focused and win,” Smith-Schuster said. “I wanted to work with HyperX because they have the best headsets, and I love how the brand is always looking for unique ways to work together with me. I’m so excited about this partnership.”

Although he’s more well-known for his performance on the gridiron, Smith-Schuster was a part of a record-breaking stream earlier this year. The wide receiver played Fortnite alongside popular streamer Tyler “Ninja” Blevins and rapper Drake—and Ninja’s stream reached over 600,000 viewers.

By signing Smith-Schuster to a six-figure deal, HyperX has become the first gaming brand to sponsor an NFL player, according to the company’s press release. Other professional athletes are also HyperX brand ambassadors, including NBA players Joel Embiid and De’Aaron Fox of the Philadelphia 76ers and Sacramento Kings, respectively.