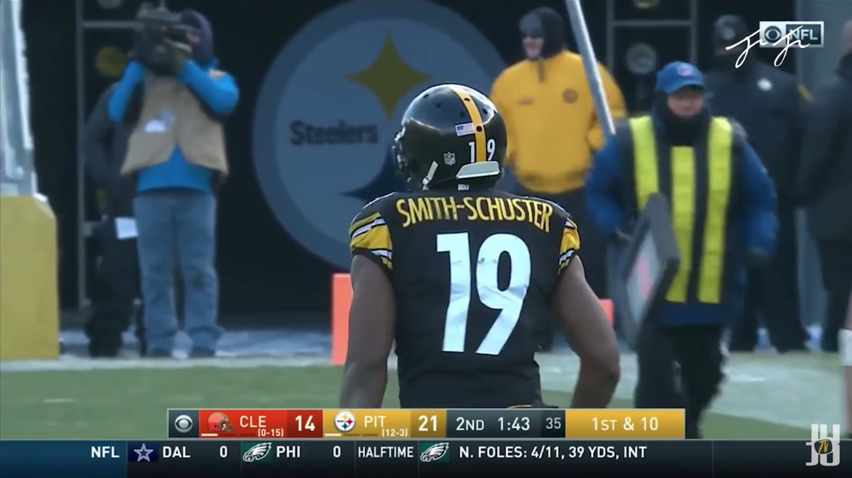 Some kids dream about growing up to play in the NFL, while others aspire to represent world-renowned esports organization FaZe Clan. JuJu Smith-Schuster, on the other hand, will now be doing both.

Smith-Schuster, a wide receiver for the Pittsburgh Steelers, had a tremendous rookie season after being selected in the second round of the 2017 NFL Draft. In fact, Smith-Schuster had more receiving yards (917) than any other rookie in the NFL this season.

Now that the Steelers’ season has ended, Smith-Schuster will probably be spending some of his offseason playing video games. He recently started his own Twitch and YouTube channels, and now he even partnered with FaZe Clan to launch some limited-time merchandise.

The “on field team kit” includes a FaZe JuJu T-shirt and hoodie, which cost $36 and $75, respectively. Both pieces of clothing feature Smith-Schuster’s name and number, as well as the FaZe Clan name and logo.

Smith-Schuster has been trying to join FaZe Clan since he began his journey in game entertainment last year—and his Call of Duty sniper gameplay fits the style of the popular esports organization. Now, fans of both FaZe Clan and Smith-Schuster can represent their favorite player or organization with this new merchandise.