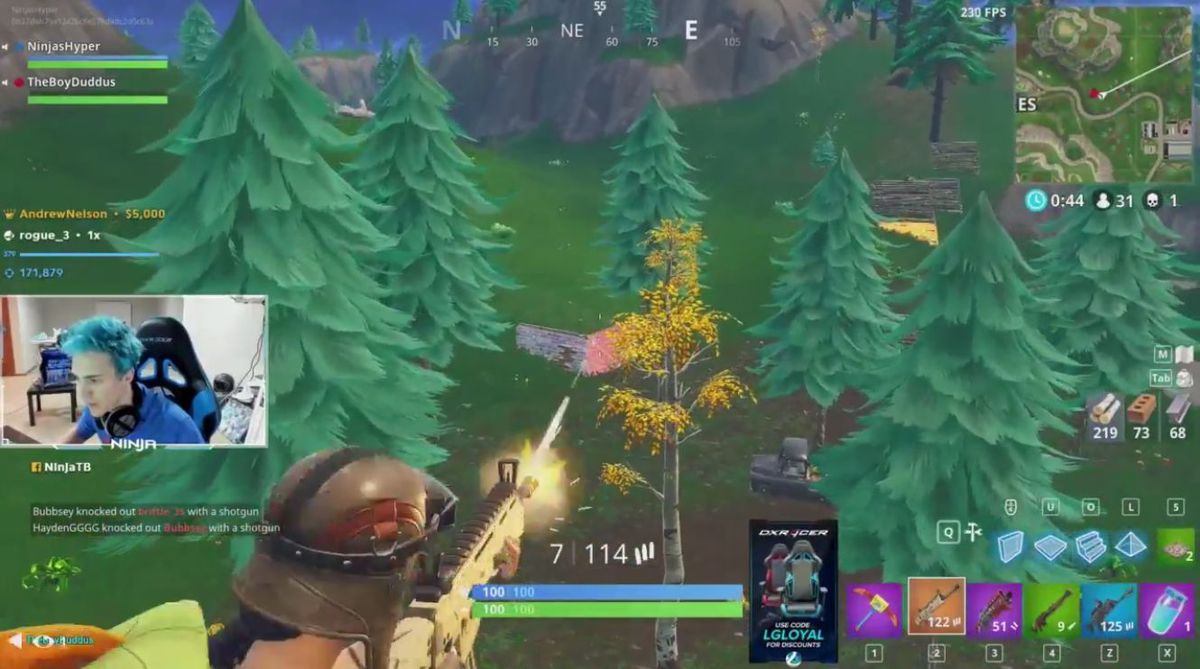 It actually happened. After days of teasing a potential pairing, Tyler “Ninja” Blevins teamed up on Fortnite: Battle Royale with the rapper Drake live on Twitch, and it was epic.

With Drake on the PlayStation 4 and Ninja on PC, it took some work and some crossplay to get the two together and talking, but when it finally came to fruition, it was magic. The Twitch chat exploded with hype once they could hear the famed rapper’s voice over Ninja’s phone on speaker mode.

Funnily enough, Drake actually held his own with the superstar gamer Ninja, sticking with the former Halo pro step by step as the two killed and built their way across their first game. Drake did, however, drink a full shield before drinking mini shields, much the chagrin of both Ninja and the Twitch chat.

Ninja held his own in a big way, too. With over 300,000 viewers tuning in to him play with a world-famous musician, Ninja kept his cool and played just like he always has—in dominant fashion. Sadly, the first game ended with the duo in third place.

After that, Ninja’s wife got to meet Drake over the phone, which prompted a response of jumping around happily. As “Ninja” became the No. 1 trending topic on Twitter in the United States, the streamer got the “God’s Plan” artist to download Discord on his phone for easier communication, and things really popped off.

Social media was ablaze with internet and gaming personalities hyped to watch the pairing play the most popular game in the world right now, and it was a night that all of them won’t soon forget.

Fortnite’s mind-bending popularity level has brought gaming to a new level of pop culture, and it’s something that we all should enjoy while it lasts. We started from the bottom, now we’re here.

Update: March 14, 5:10am CT: The marathon stream has come to an end thanks to server maintenance for update 3.3. After a few games, Ninja and Drake were joined throughout the night by personalities such as rapper Travis Scott and Pittsburgh Steelers wide receiver JuJu Smith-Schuster. The stream maxed out at well over 600,000 viewers, further extending the new record.