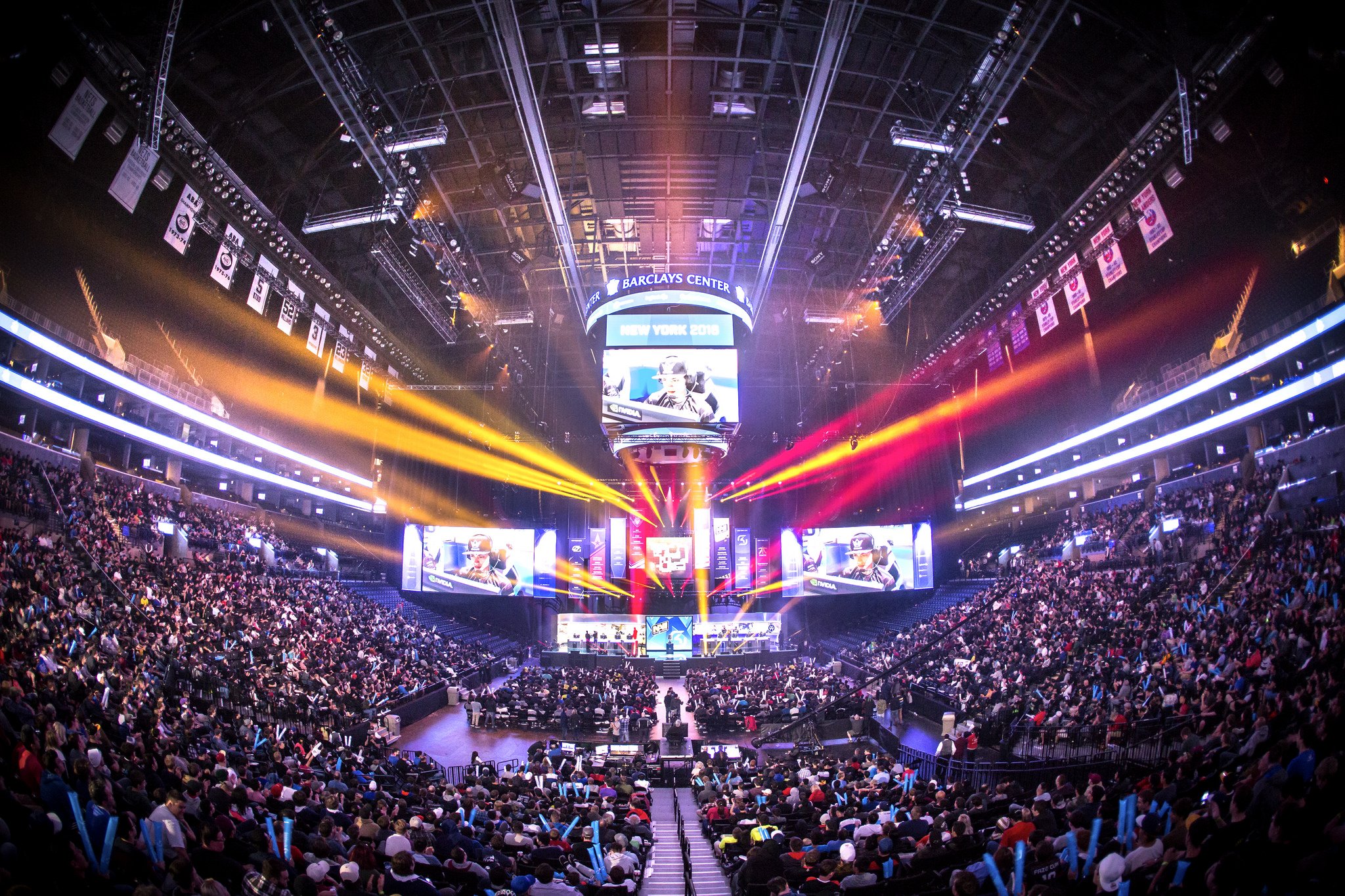 Lights light up the arena like fireworks. Vibrant confetti falls from the ceiling. The crowd is deafening. Fans that fill Brooklyn Sports & Entertainment’s Barclays Center seats—and they’re not cheering for the Brooklyn Nets. They’re cheering for Counter-Strike: Global Offensive players.

Barclays Center held the ESL One New York event in 2016, introducing Brooklyn Sports & Entertainment to esports. They’re not stopping there, however. Dot Esports spoke with Keith Sheldon, senior vice president of programming for Brooklyn Sports & Entertainment, about the company’s impact on the esports industry ahead of the XLIVE Esports Summit in New York City from Aug. 22 to 23.

Events will get bigger and bigger as esports grow—and Brooklyn Sports & Entertainment wants to lead the way.

What is Brooklyn Sports & Entertainment’s involvement with esports, now and in the future?

Brooklyn Sports & Entertainment is an entity that oversees and owns Barclays Center and all the operations. We’ve recently moved beyond just Barclays Center. In April, we opened up in Long Island, which is a more suburban market, with the 15,000 seat Nassau Coliseum. We’re redeveloping the Paramount Theater in downtown Brooklyn, which is about five blocks north of Barclays Center. It will be a three thousand cap, general admission room—very focused on gen Z and millennials. We’ve also acquired Webster Hall very recently in the heart of Manhattan, and that’s about a 1,500 cap room. We basically have a room for virtually every event. We can scale our offerings from 200 people all the way up to 18,000 seats in Barclays Center.

We chose ESL as a partner to start our first kind of endeavor into the space. And we had the ESL One championship event last year, Oct. 1 and 2. It was a phenomenal event. Working with these guys, it was a real partnership. I think the esports space, when it comes to being a live, consumer-focused event is a relatively new thing, especially in the United States—especially in the arena capacity. We were able to employ our best practices from a fan experience perspective, from an operations perspective to help them launch this event in New York. And the event was a huge success by all metrics. Attendance was about 8,500 people on the main event days. Online, there were 20 million viewers. For us as a venue, that’s tremendous exposure, especially to an audience that maybe hadn’t consumed Barclays Center yet. It introduced as a brand to a whole new set of users. And from a live event’s perspective, it gave ESL a unique footprint in the United States, too. That was our entry into the space and now we’re hungry for more.

I’m sure you’ve seen the same metrics that I have, where there’s a 40 percent year-over-year growth rate. Some industry experts are calling this a 700 million dollar industry, that should reach a billion dollars in the very near future. The NBA has become involved in this space with a league of their own, and us as a franchise owner [of the Brooklyn Nets] have certainly been keeping an eye on that. There are pro-franchises buying various teams that play different games. WME|IMG, who’s been a staple content provider to us, partnered with Turner for the ELEAGUE series, which is obviously growing and is gaining popularity by the day. Our partners that work we work with on the music side are also involved in various esports events, like League of Legends. I just feel like there’s tremendous growth opportunity here. It’s really unprecedented if you look at any other category or genre of entertainment. When you think about a more globalized economy, the way that people consume entertainment these days, I feel that esports is really poised to become a consistent player in the live event space. Whereas right now, it’s a few events a year, maybe, at each of our rooms. In the future, it could be a staple of area, theater, and club programming.

How do you see esports events at Barclays Center evolving beyond the ESL One event? What kind of improvements, both technical and in business, do you have in mind?

We’re working closely with ESL on growth opportunities. Whatever partners come into the building, that’s always our goal, to make sure that their event is as successful as possible, and fans are having a great experience and coming back. I think that we’re sort of taking industry best practices in the sports and music space and applying them to esports, and using our own resources to elevate that product. Whether that means attracting musicians, celebrities, athletes, entertainers, to come out to the events so there’s mass pop appeal. We’re developing merch programs using best practices with our Nets merch team to help the various teams and brand that are coming into the building sell their goods and reach more consumers. We’re making introductions to non-endemic sponsors who—well, it’s interesting. I think many sponsors don’t know how to make in-roads into the esports space and some of the esports leagues and teams haven’t necessarily made connections outside of their traditional lanes yet. We’re trying to help those two meet in the middle, which might mean a greater infusion of capital into the space.

Do you have any interest in buying a team?

The landscape is a little bit like the wild west, and we’re sort of taking a step back and seeing where all the chips fall. Right now, the partnership with ESL is terrific because they’re not a publisher, they’re not a team, they’re a league. As a partner, they can be fluid in terms of what game options are taking place from year to year, and as popularity of certain games ebbs and flows they can be bringing them in or out of the building. That was the nice thing about creating a long-term partnership with ESL. When we think about other leagues, we’re exploring options to host various events with publishing companies.

But for right now, buying a team, or, into a piece of a league is probably something that we’re just going to keep an eye on. We want to wait to make sure that we’re making the right business decision in a little bit of a noisy landscape right now.

What’s the biggest challenge esports face in the future?

As I mentioned before, I think the landscape is crowded right now. I think we’re going to see a publisher or a league sort of emerge as an industry leader in the next five or so years, if not sooner. Right now, there’s a lot of horses. It doesn’t necessarily mean that you’ve got to pick one, but there’s… there’s certainly some uncertainty with respect to who the leaders in the space right now are. Until there’s a clear cut set of leaders, or until there’s certain games that have outright popularity in the space, for us as a brick-and-mortar that are housing different leagues and games, it’s tough for us to know what’s going to be popular year to year.

What are the big-picture goals for the future of Barclays Center as an esports arena?

We want to be a national leader in the space. We want people to think of Barclays Center and gaming in a synonymous fashion. It would be fantastic if Barclays Center became a hub for esports, in the same way that we’ve become a hub for certain other things, entertainment industry-wise, whether it be certain lanes of music, or boxing, for instance. We would love for our venue to be seen as the leader in the esports space.

Does Brooklyn as a location play an important part in its potential success?

I think Brooklyn, being able to draft on how hot the borough is right now, has certainly been a positive force for us. Brooklyn is the epicenter of millennial culture right now. And esports is very much a millennial-focused business, being consumed by millennials and gen z. And so where we are, geographically, certainly plays into our success in terms of the people we’re drawing to the arena.

Portions of this interview have been edited for clarity and length.