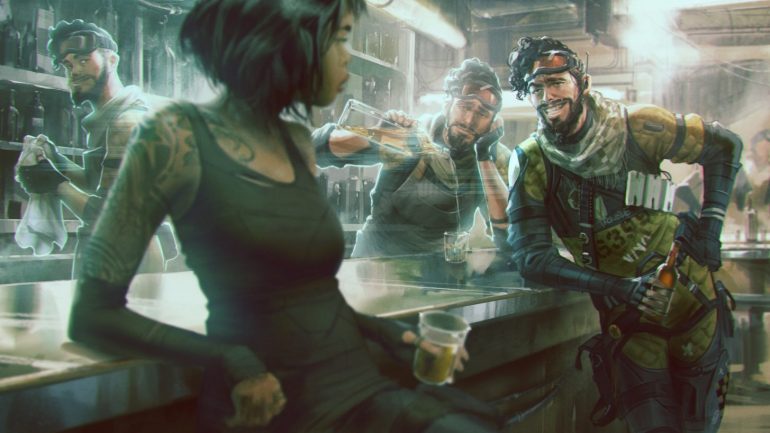 The fourth and final offer from Twitch Prime’s collaboration with Apex Legends is here. Beginning today, fans of the battle royale can unlock two new looks for Mirage and the Kraber sniper rifle for free if they’re subscribed to Twitch’s Prime services.

Mirage’s new skin, named Holo Man, dresses the Holographic Trickster in a bright blue variant of his base skin. His goggles share a similar blue holographic look with a purple chevron stripe. The skin was leaked last week with three other skins, including legendary ones for Bloodhound and Lifeline, after a Reddit user discovered the cosmetics through the Legend Selection screen on Apex’s testing servers.

The Kraber’s Night Watch skin takes on a similar aesthetic. The sniper rifle has a darker blue base color with bright blue lines and circles to accent the gun’s design.

Apex fans who have a Twitch Prime subscription can redeem the legend and weapon skin by following the steps to link their two accounts on Twitch’s rewards page, which is found by clicking on the crown icon on the site’s homepage.

Twitch Prime users who missed out on the Octane Whiplash skin from last month can still claim the skin before it’s vaulted on Sept. 13. The promotion for the Holo Man Mirage and Night Watch Kraber skins is set to end on Oct. 19.