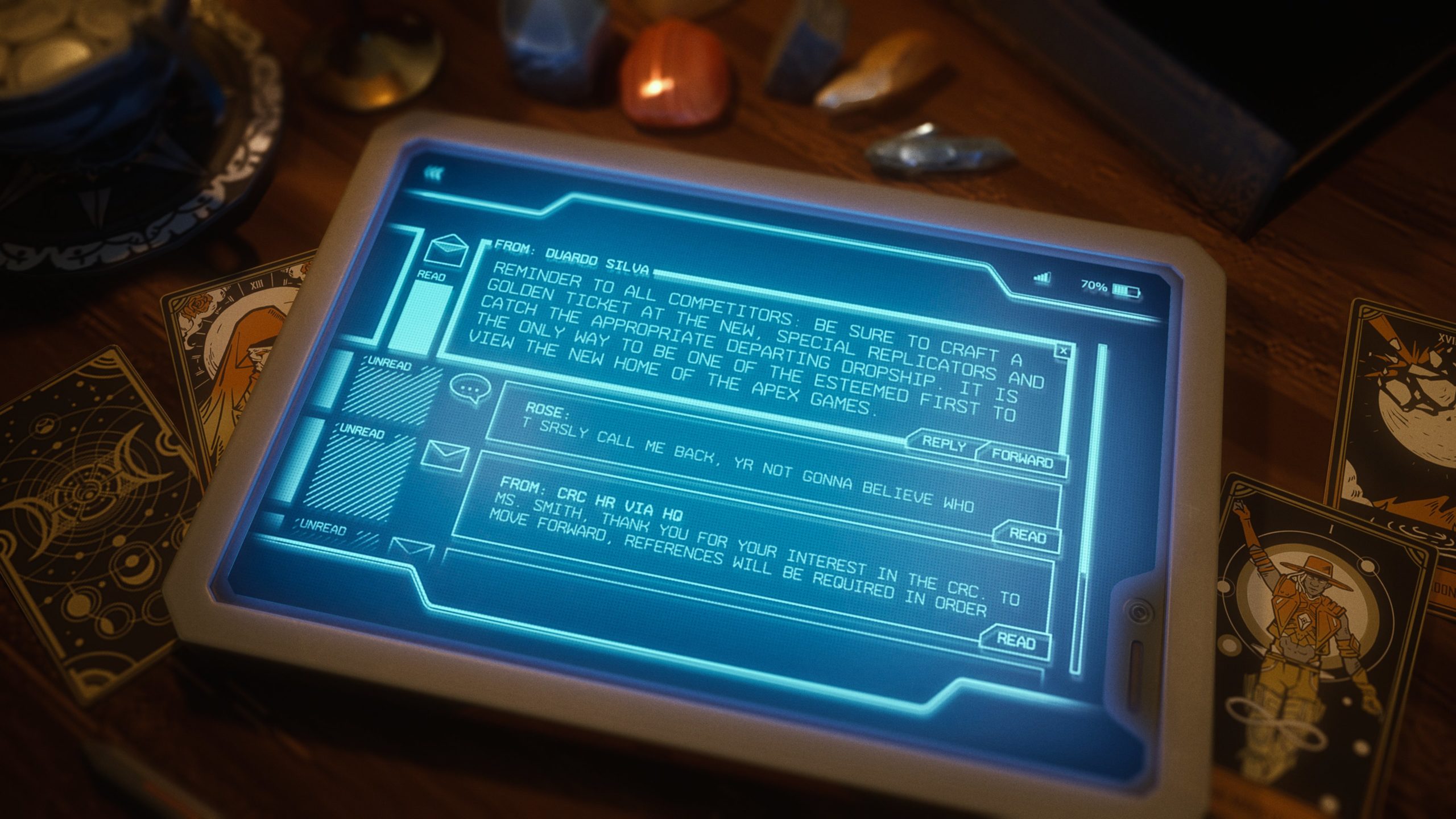 Apex Legends developer Respawn Entertainment has released another teaser image that promotes its current Golden Ticket campaign and seems to cement Boreas as the next battle royale map.

An image posted to the official Apex Twitter account this afternoon gave players even more hints about the next map—and perhaps the next playable legend. The image shows a tablet surrounded by crystals, tarot cards, and other mystical objects on a dimly-lit table. The tablet is displaying an email from Duardo Silva, head of Silva Pharmaceuticals, that reads: “Reminder to all competitors: Be sure to craft a Golden Ticket at the new, special replicators and catch the appropriate departing dropship. It is the only way to be one of the esteemed first to view the new home of the Apex Games.”

The tablet also includes two other messages: one from a character named Rose, who is asking someone named “T” to call them back, and the HR department of the CRC, which is thanking a Ms. Smith for their interest in the organization. The CRC likely refers to the Cleo Recovery Council, an organization working to save Boreas and its moon Cleo from the destruction that befell its population after the latter was struck by a meteor. These messages make it seem as though the character to whom the tablet belongs is a Ms. T Smith, who could be the next playable legend.

Golden Tickets have been available in-game since Tuesday, Oct. 11 when an update prompted all of the game’s battle royale replicator signs to turn gold rather than their usual green. Players can craft them at any replicator for 125 crafting materials, but they don’t do anything other than provide a fully-kitted weapon. Creating a Golden Ticket seems to be required for the next phase of the ongoing in-game teaser, which will launch sometime next week, according to data miners.

More will probably be revealed in the continued run-up to Apex‘s 15th season, which will likely begin in early November.