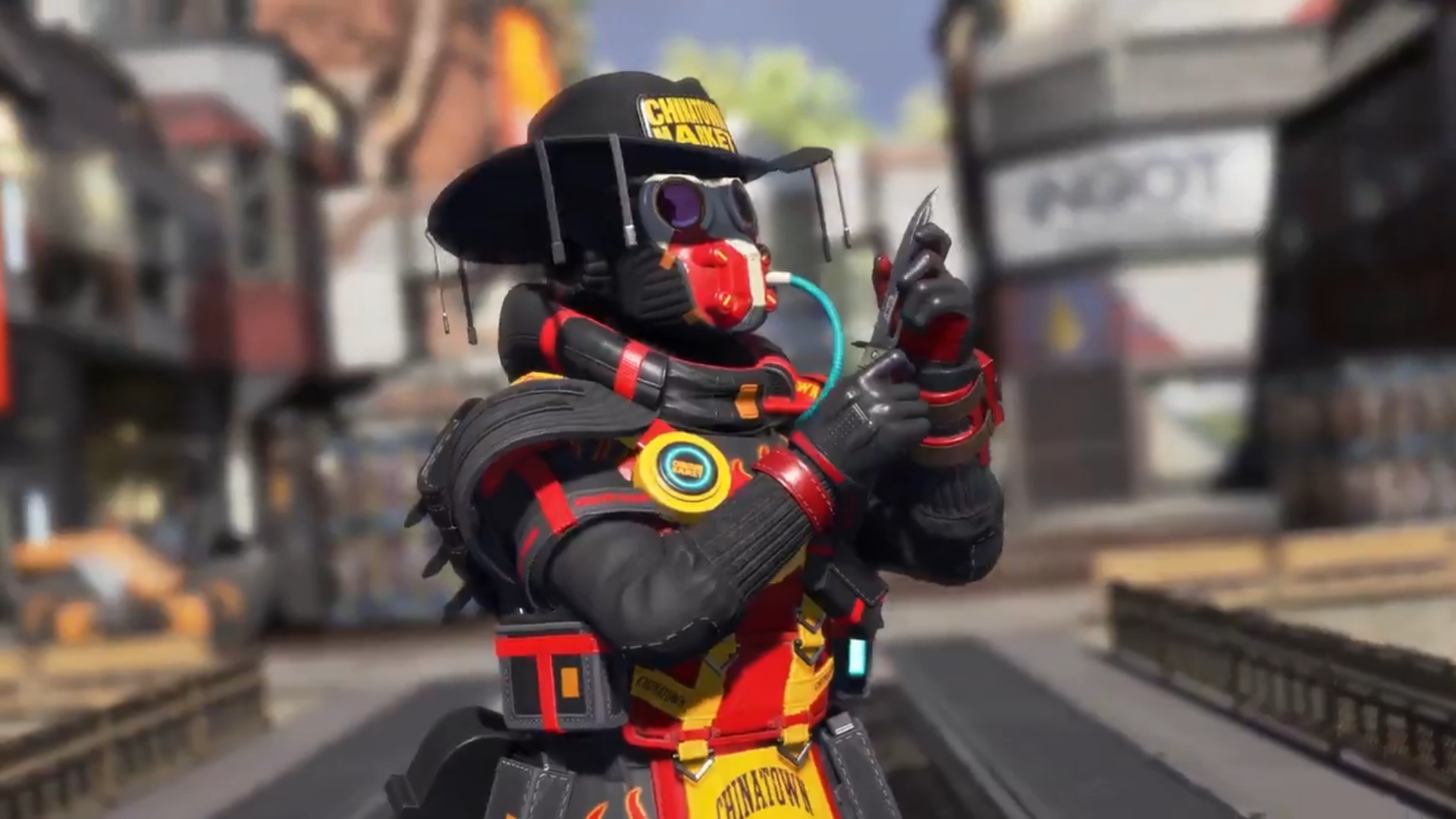 Apex Legends‘ Market skins will come to the game between Nov. 9 and 23, Respawn confirmed through an Instagram post today. The set of skins was supposed to release in March, but Respawn paused release after its partner, Chinatown Market, went through a name change and settled on the new brand.

The Instagram post showcases Mirage’s upcoming Night Crawler skin, which adds a large face mask to the legend and dresses him in a tactical vest over a streetwear-inspired jacket. The Holographic Trickster retains some core elements of his design, though, including his holographic projectors, his goggles, and his hairstyle.

The collaboration between Apex and the apparel brand was announced earlier this year, when the company was still called Chinatown Market. After heavy criticism, however, the company went through a months-long process of picking a new name and settled on calling itself “Market.”

Before the official name was revealed, Respawn announced it would pause the launch of the skins while the apparel brand settled on a new identity. Mirage’s skin already bears the new name and logo, and the other skins in the line should get the same treatment.

The rest of the Market skins will presumably stay mostly the same (with minor changes to reflect the new name) and give selected legends a streetwear-esque look. Earlier this year, the company previewed Bloodhound’s Sundown Desperado as part of the collaboration, which shows what fans could expect from the event. Data miners also uncovered a series of visuals for the event, including a Wraith skin that dresses the character as a boxer.

Players can expect to see the rest of the skins, their prices, and details on their availability when they launch into the in-game store on Nov. 9.