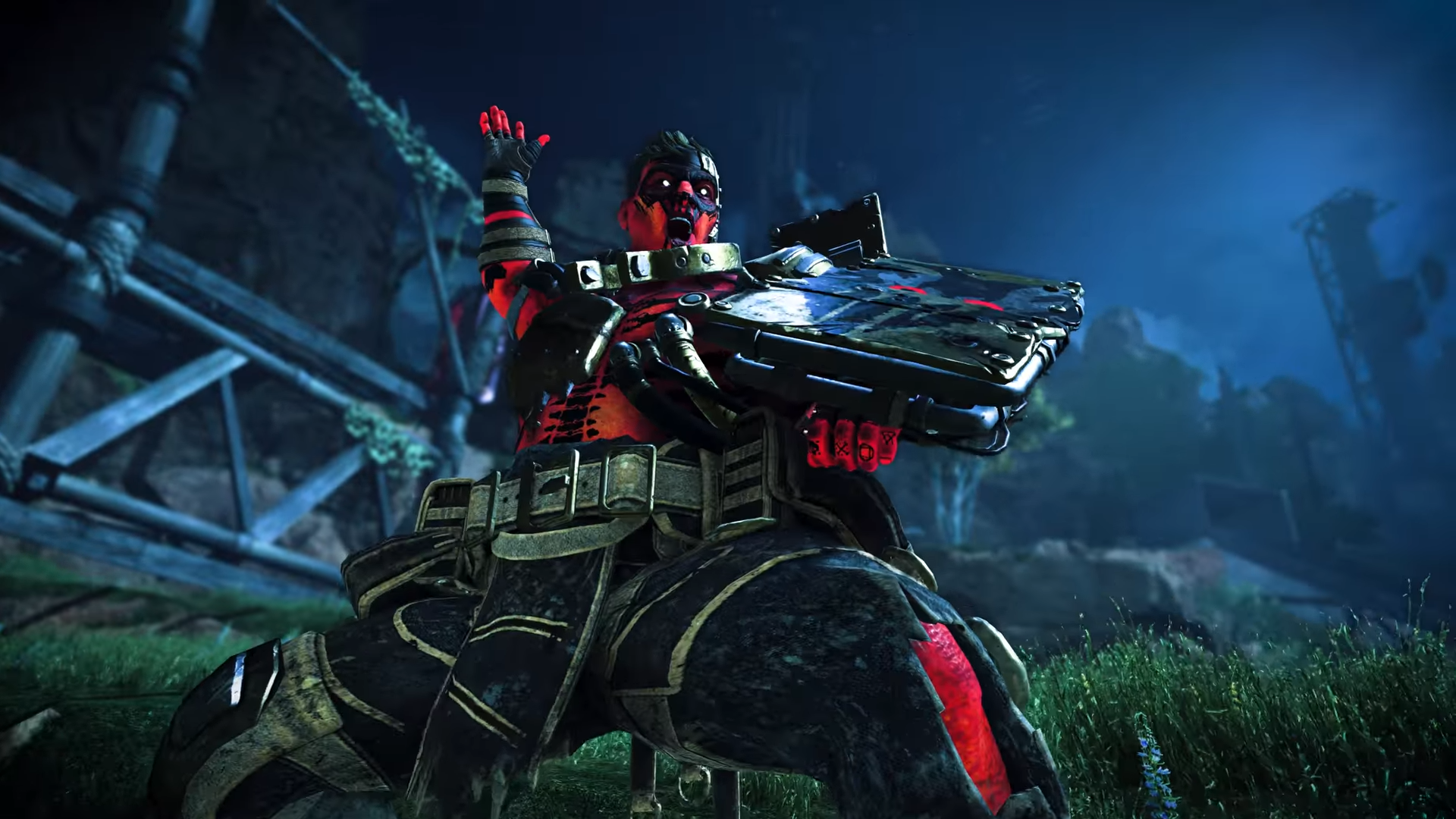 Halloween has returned to Apex Legends with the Fight or Fright event. The celebrations brought the bone-chilling Shadow Royale limited-time mode and horrifying new cosmetics to the game today. Players can jump in on the action until Nov. 3.

As usual, players can get a handful of rewards by progressing through the event prize track, including a Pirate Nessie gun charm, a Pathfinder skin, and a series of event badges. Last year’s Fight or Fright collection is also rising from the dead through Revenant’s dark magic and will return to the in-game store as part of individual purchases or bundles, depending on each skin.

The lord of the Kings Canyon Underworld is back to raise hell in Apex. Shadow Revenant is the host of the new Shadow Royale limited-time mode, another one of his machinations to make the living fight the undead—or fight alongside them.

Shadow Royale works like a normal match until the first body drops. Dead legends will return as shadows, devoid of any guns but armed with an unyielding bloodlust, a devastating melee attack, and extra mobility skills to stalk their prey. They can wall-run and double jump just like in Apex‘s sister franchise, Titanfall.

Teams can find a demonic companion in matches. Respawn hinted at the possibility of finding “an additional, honorary squad member” during a match—a reference to the pet Prowlers in the game mode. Data miners teased that teams would be able to “adopt” shadow Prowlers during a match and add a hell beast to their growing arsenal.

It’s not a Halloween party without costumes, but players can stock up on their favorite outfits from the beyond in the Item Store. The 2020 Fight or Fright collection is another take on last year’s cosmetics with a series of recolors of old visuals. The original skins will also rotate into the store through bundles and individual items depending on availability.

Despite being mostly recolors, the new skins are only available for Apex Coins in the in-game store. Buying recolors for owned cosmetics usually costs legend tokens instead of coins, but EA’s website says the latest collection could be an exception to that practice.

Like other Apex events, players can get a handful of free rewards by completing challenges during the celebration. This year’s free track includes several badges, skins for Pathfinder and the Sentinel, and the must-have Pirate Nessie gun charm.

The Halloween patch likely won’t contain any major balancing updates since Respawn may want to save them for Apex‘s seventh season, which could be just two weeks away, according to Shrugtal, one of the most well-known data miners in the scene.

Update Oct. 22 2:12pm CT: Respawn is only allowing Fight or Fright items to be purchased with Apex Coins instead of crafted with metals or legend tokens.