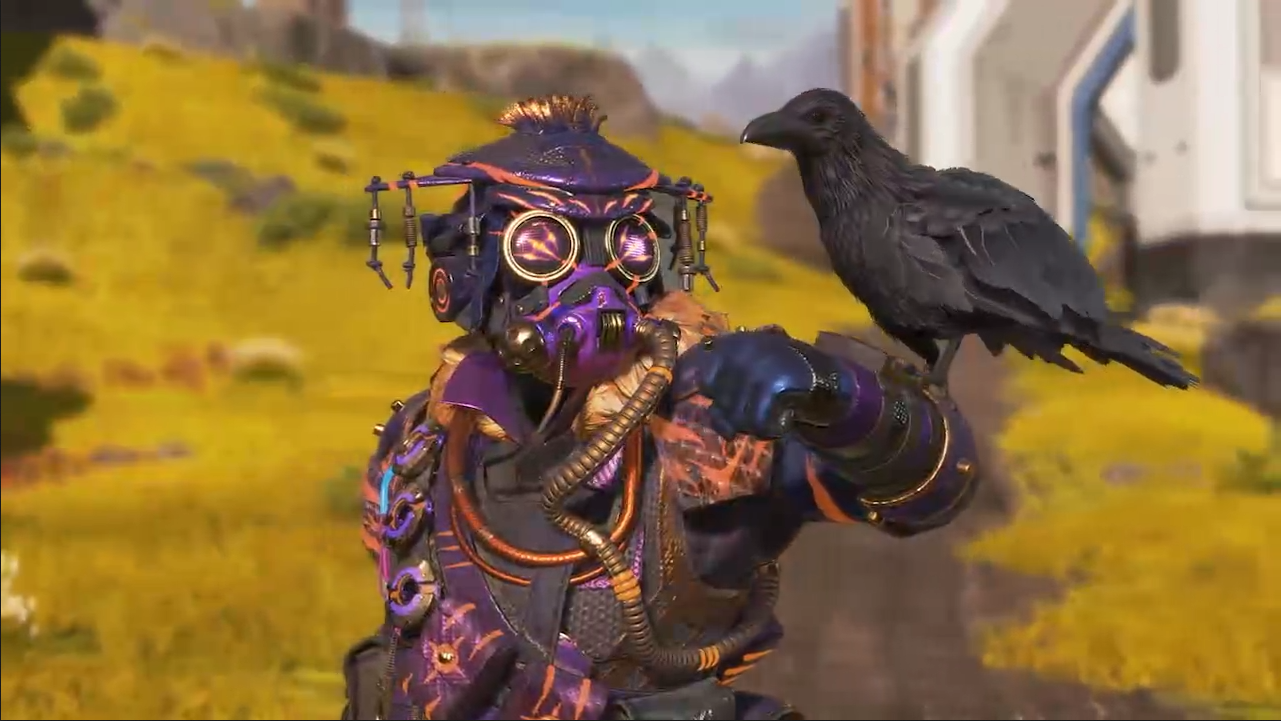 Bloodhound just got Apex Legends’ latest Prime Gaming skin. The new cosmetic gives a makeover to the greatest tracker in the Outlands and will be available until Oct. 20.

The Will of the Allfather skin dresses Bloodhound in dark purple, but a series of orange patterns and accents stand out against the dark background. The bottom half of their body showcases some fiery tribal patterns, but the most significant part of the skin is arguably the helmet.

Bloodhound’s mask bears a slash-like pattern over their googles—a detail that matches the skin’s tone but makes it stand out over more common or even rare cosmetics.

Data miners discovered the skin in May ahead of the launch of Apex‘s fifth season, Fortune’s Favor. The game files contained skins for both Bloodhound and Gibraltar and fans speculated that the two skins would arrive in June and July, respectively. Although Gibraltar’s new visual arrived on time, Bloodhound mains had to wait a little longer.

Respawn revealed Pathfinder’s Swimming Buddy cosmetic in July to go along with Apex’s Summer of Plunder sale. Last month’s Prime Gaming visual belonged to the new legend on the block, Rampart, after season six launched in mid-August. Despite the delay, Bloodhound mains can finally outfit the Technological Tracker with a new cosmetic—if they’re eligible.