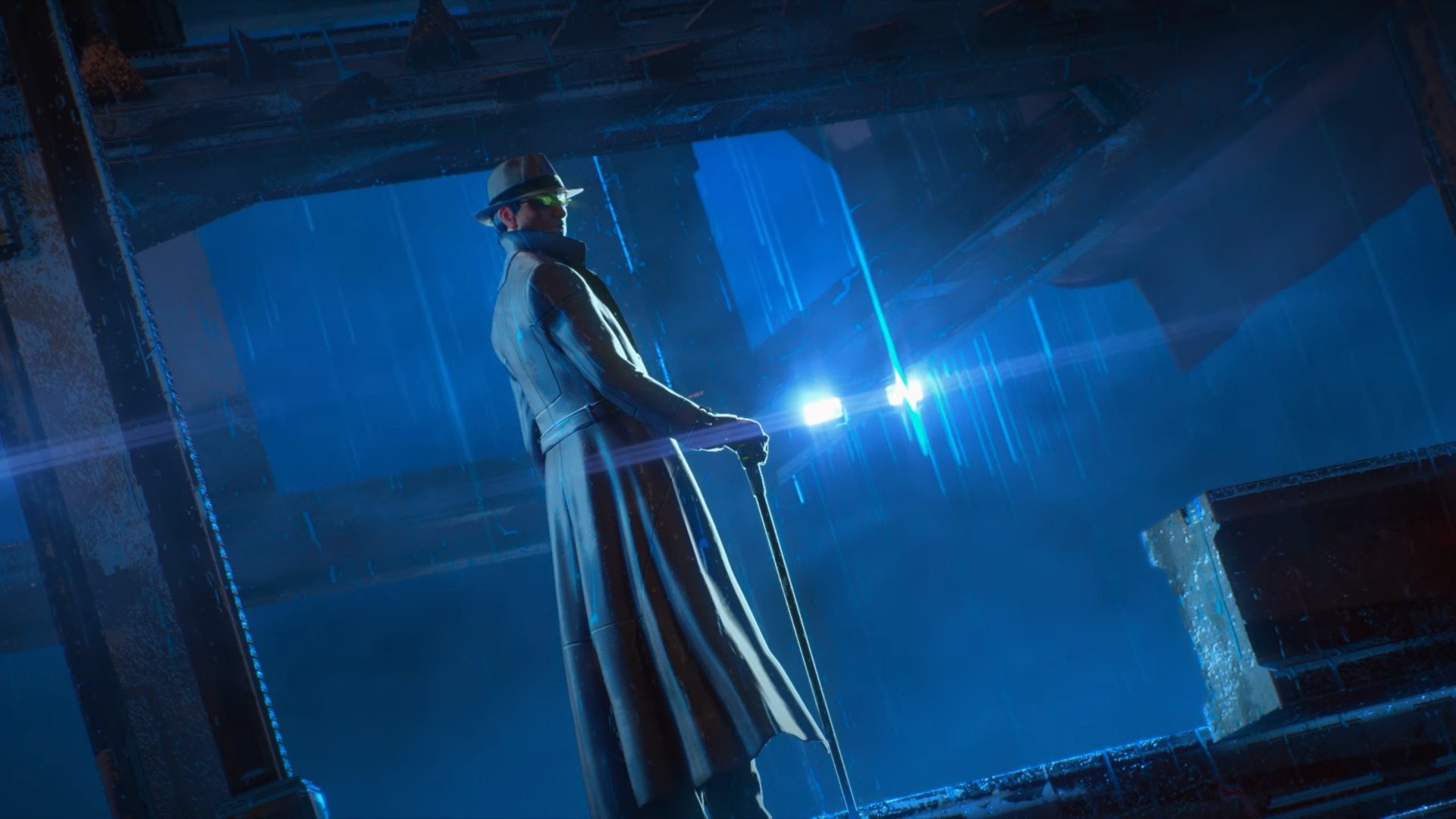 Apex Legends will once again feature a seasonal narrative—The Perfect Son—when Defiance launches, bringing back the text-based format from Trouble In Paradise and The Broken Ghost. The quest will follow the story threads set up in this season’s launch trailer, where the legends attempt to uncover Duardo Silva’s plans and Octane must confront the father he’s always been estranged from.

Duardo Silva has been pulling the strings behind the scenes for many seasons. His goal? Taking over the Syndicate and planting Silva Pharmaceuticals on the seat of power in the Outlands.

He hired the mercenaries responsible for the hostage crisis seen in season seven’s quest, Family Portrait, an act devised to show how the Mercenary Syndicate couldn’t protect its people. He also appeared to be behind the arrival of the fleet to Olympus that unleashed the virus at the heart of The Legacy Antigen in season nine. Silva even funded Lisa Stone’s conspiratorial podcast, where she alluded to the idea that the Syndicate’s weak and fractured leadership was responsible for the Outlands’ recent string of tragedies. Mad Maggie’s unorthodox trial, sentenced to death in the Apex Games, was due to his influence. Maggie quickly discovered she was being planted there to act as a scapegoat when Duardo sabotaged Olympus.

The quest to bring these secret machinations to light will be in the hands of Octane, Lifeline, and Mad Maggie. After Maggie shows Octane his father’s broken glasses to try and prove her innocence, the three devise a plan to infiltrate the heart of Duardo’s empire and see what truths lay beyond the PR statements and Apex Games sponsorships. Lifeline’s mother is also working with Duardo, as shown in season nine’s community comics, a revelation that may come into play as the story develops.

The Perfect Son will feature seven chapters in total, but it’s unclear if these will be released once every fortnight like last season or weekly. The writer behind Defiance, Sam Gill, was tight-lipped about how much of an impact Duardo Silva will have on the future of Apex and its universe, but we’ll find out soon enough with the pharmaceutical CEO in the spotlight this season.

You can check out chapter one of the quest when Defiance launches on Feb. 8.