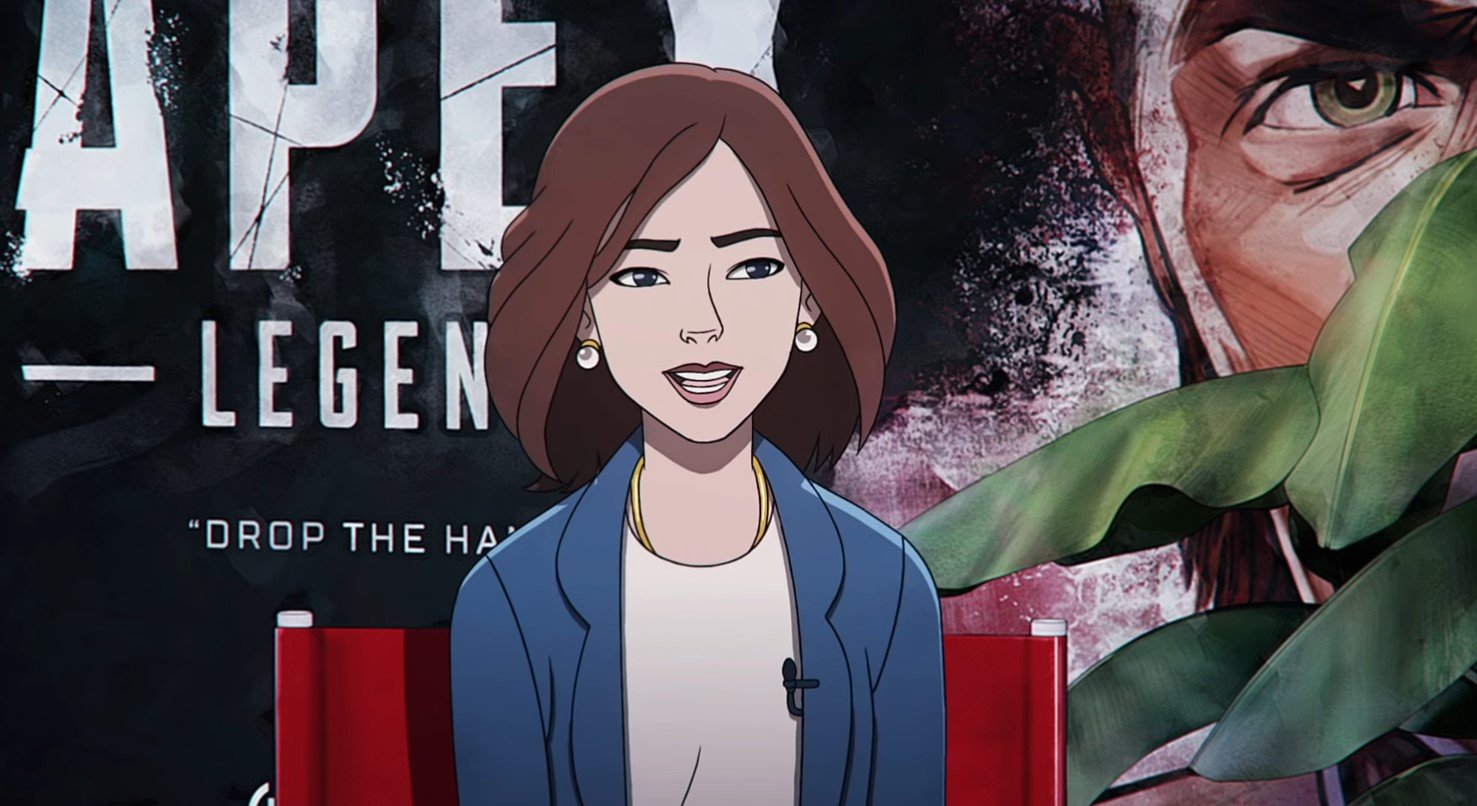 Lisa Stone has returned to Apex Legends’ story after a year-long absence. The unfortunate interviewer who witnessed the death of Forge believes the Outlands need a savior. That savior is Eduardo Silva. Octane’s father. Who just so happens to sponsor her podcast.

Apex’s latest lore teaser finishes Lisa Stone’s podcast series, Unravelling the Syndicate, which is part of the season 12 teasers. Exposing the Syndicate’s web of cover-ups and incompetence, Stone is setting the organization’s fall into motion. The governing body has been losing its grip on power for many years and this rise in public distrust may be the final nail in the coffin. And it comes by the veiled hand of Duardo Silva.

Fans first glimpsed Duardo’s plans to take over the Syndicate during the season nine quest, The Legacy Antigen. During Octane’s arc in the community comics, fans discovered both the abusive relationship between him and his father and Eduardo’s plans to elevate his company into a place of more power.

Working alongside Cherisse Che, Lifeline’s mother, Duardo began to openly broadcast anti-Syndicate sentiment on TV in The Legacy Antigen epilogue, building a foundation of public dissatisfaction with Syndicate rule. Lisa Stone’s OTV podcast is an extension of this campaign, now seeding conspiracy theories amongst Outlands citizens. The hope no doubt is that he can springboard Silva Pharmaceuticals into the spotlight for a corporate takeover.

Eduardo Silva’s reach in the lore goes back to season seven. He hired the mercenary group responsible for the hostage situation in the season seven comic. While his goal is still a mystery, the attack is used in both The Legacy Antigen epilogue and Lisa Stone’s podcast as proof of the Syndicate’s inability to protect its people.

These new snippets of lore tease a return to this storyline that has been building in the background over the past year. How Silva plans to remove the current powers within the Syndicate, and what that means for the Apex Games, is unclear at this time. But since the podcasts are season 12 teasers, Duardo will likely play a key role in where the story goes next.