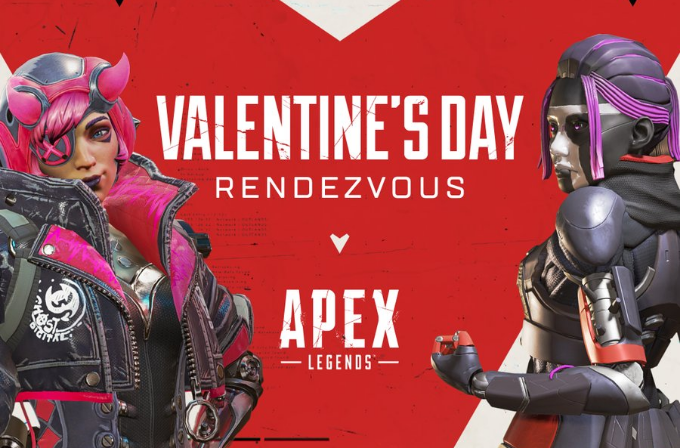 Rendezvous event, take two. Apex Legends’ Valentine’s Day event is now officially on the live servers after having been pushed back a day. Fans of the game can begin celebrating the holiday of love by jumping into duo matches and unlocking new weapon charms and skins from the battle royale’s shop.

For their first log-in, players will automatically unlock the Valentine’s 2020 badge. Apex’s store will feature additional rotating rewards, including two new weapon charms, a Pathfinder frame, and a Longbow skin—all of which will be available for purchase with Apex Coins. Similarly, the “Through the Heart” DMR skin and “Love of the Game” banner will hit the store at a discounted rate for those who missed the items last year.

In celebration of Valentine’s Day, Respawn Entertainment is bringing back the limited-time duos game mode while the Rendezvous event is live. Those who team up with a friend will earn double XP—up to 20,000 XP in one day.

Related: Octane might be the next Apex character to get an heirloom, data miners say

Respawn delayed the Rendezvous event after many players began reporting the event wasn’t showing up in their games. Shortly after the event’s initial “launch,” the Apex developer announced the Valentine’s Day-themed event would be put on hold for a day.

Due to the delay, the Rendezvous event will run through Feb. 19 instead of Feb. 18, giving fans a full week to play duos and unlock the battle royale’s new Valentine’s Day-themed loot.