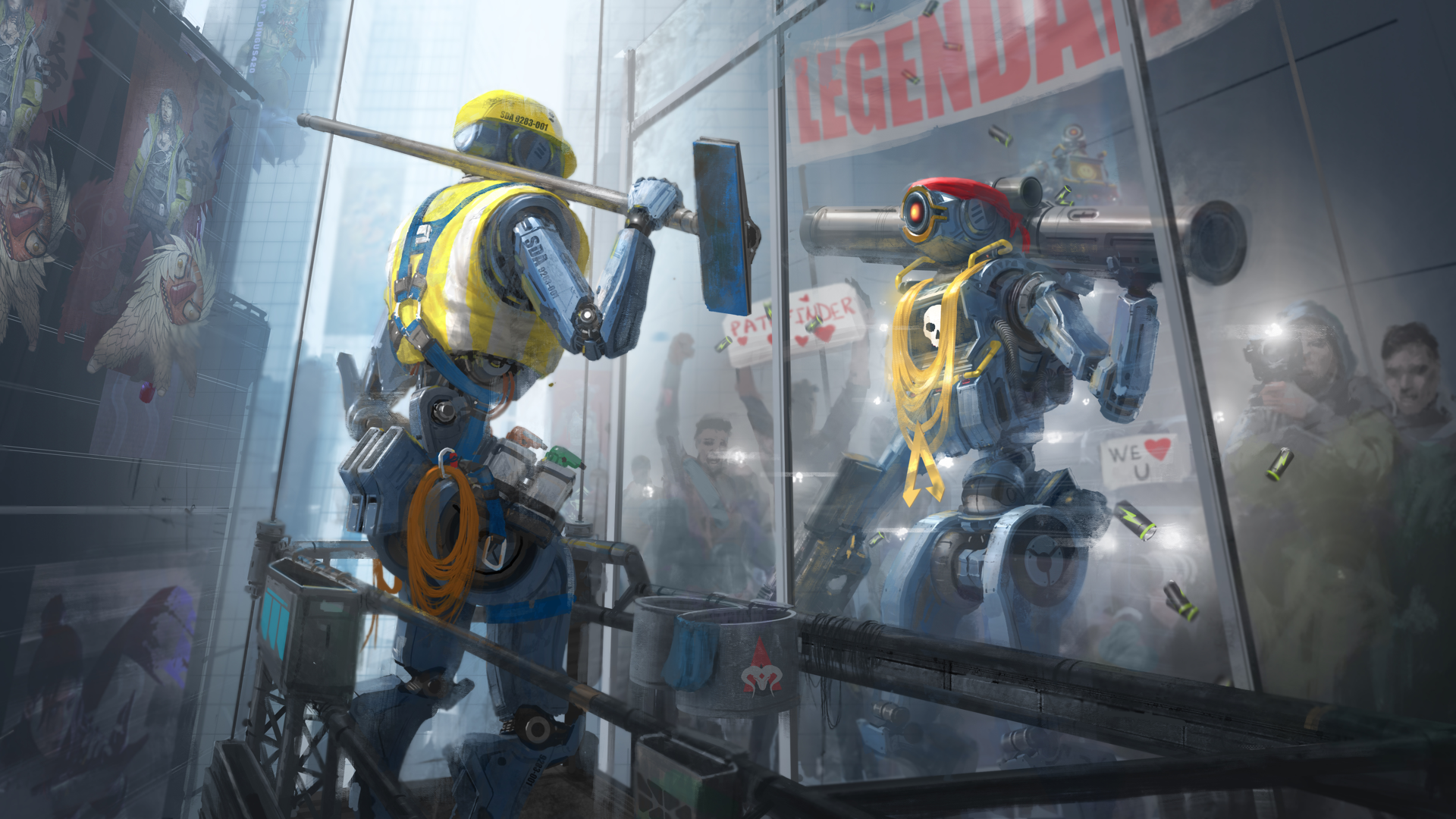 Apex Legends’ Aftermarket event went live overnight and players have already spotted a bug. Grappling with Pathfinder can cause part of his model to get stuck on the screen and obscure vision.

When using Pathfinder’s tactical, a part of his model can get stuck on the right side of the screen. The issue isn’t confined to a specific skin: all Pathfinder cosmetics can produce the same bug, albeit with minor visual differences.

Respawn is aware of the issue and is working on a fix, according to a Respawn developer. Climbing onto a wall or vaulting over an object instantly removes the visual clutter and can be a temporary remedy, but it’s a circumstantial solution. The bug can have devastating consequences if it happens in the middle of a firefight or in an open, isolated area.

The bug is even more intrusive considering that the grappling hook is one of Pathfinder’s core mobility skills, especially after the buff to it in the Aftermarket patch. After the latest update, its cooldown will vary based on distance traveled instead of a flat 35-second delay. The shorter the distance, the less amount of time players will have to wait between uses.

The visual glitch is similar to another issue that took place with a handful of cosmetics during Apex‘s Black Friday sale last year. The models would clip through the screen and obscure players’ aim, putting them at a disadvantage. The glitch was most frequently seen with Octane’s Laughing Fool skin.