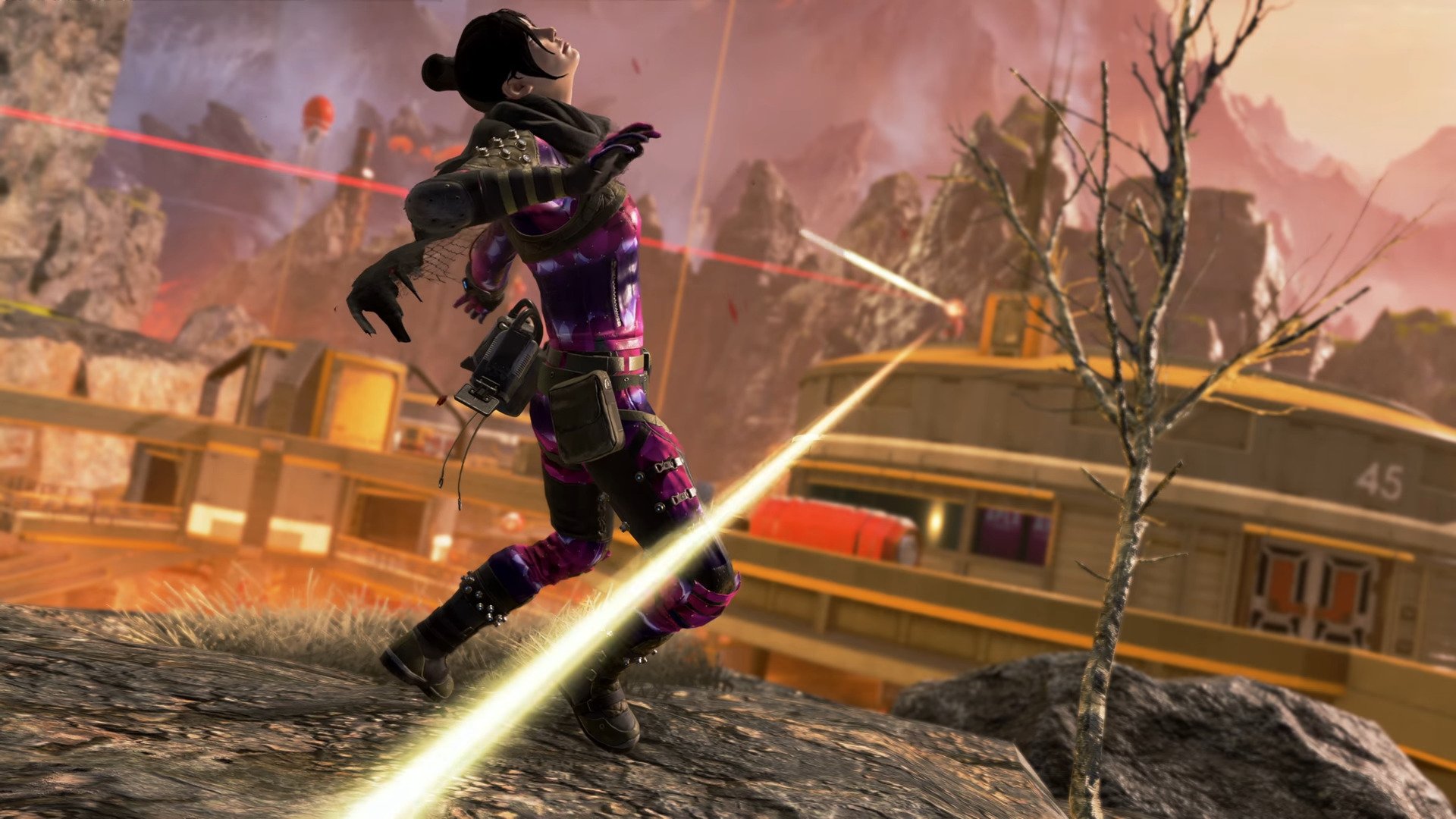 In addition to new cosmetics and a limited-time mode, the event is giving a buff to Pathfinder’s long grapple cooldown, tweaking Wraith’s animations, and taking some of the Allfather’s sight in Bloodhound’s kit.

These aspects of the characters have drawn attention from the community. Pathfinder’s grapple received a huge nerf in season five when Respawn increased its cooldown to 35 seconds. Wraith’s hitbox has also been a constant target of controversy based on her running hitbox.

The upcoming patch will offer a solution to those issues when it hits the servers tomorrow, Oct. 6.

The Aftermarket event is bringing good news for Pathfinder mains: The cooldown on his tactical is no longer a flat 35 seconds but is based on distance traveled. The delay can range from 10 to 35 seconds depending on how far Pathfinder moves—the shorter the pull, the more often Pathfinder can use his hook. The updated cooldown will let players swing into vantage points such as houses and rooftops without having to wait long for a valuable ability.

The grappling hook is one of Pathfinder’s trademarks. It allows for high horizontal and vertical mobility. Bolder players can even reel in their enemies for a close-up shot. The 35-second cooldown on Pathfinder’s grappling hook could be extremely punishing, especially in misfires or misses.

Wraith’s so-called “Naruto Run” is another staple of the character, but it’s on its way out of the battle royale. The upcoming patch will change her signature animation to make her hitbox more uniform and easier to hit.

Wraith’s running animations “are unique in how much they artificially shorten her (by hunching over), thus shrinking her shootable area from the perspective of the enemy,” according to the patch notes. Wraith’s hitbox makes her a naturally hard target and her animations just fuel that discrepancy.

The upcoming animations “are much more upright and expose a larger area of her body to gunfire,” which should make her easier to hit. “Depending on what we see after these animations go live, we may even be able to put some power back into her abilities,” the patch notes say, but “no promises.”

Apex‘s deadliest hunter will become a little bit less deadly. Respawn is nerfing Bloodhound’s tactical cooldown when their ultimate is active. With Eye of the Allfather, the Technological Tracker can activate their tactical every six seconds, but the upcoming patch will increase that cooldown to eight.

The patch notes say that the latest tweaks to Bloodhound “have been extremely powerful,” so the new adjustments aim to make the hunter less oppressive. “Against a competent BH, there would only ever be 2s during which you’re not scanned,” the patch notes read. “Changing it to 8s means you’ve got 4s of being revealed and 4s to reposition in between pulses.”

The Aftermarket patch will also bring a handful of tweaks to Loba, Crypto, and Rampart that aim to increase their effectiveness.