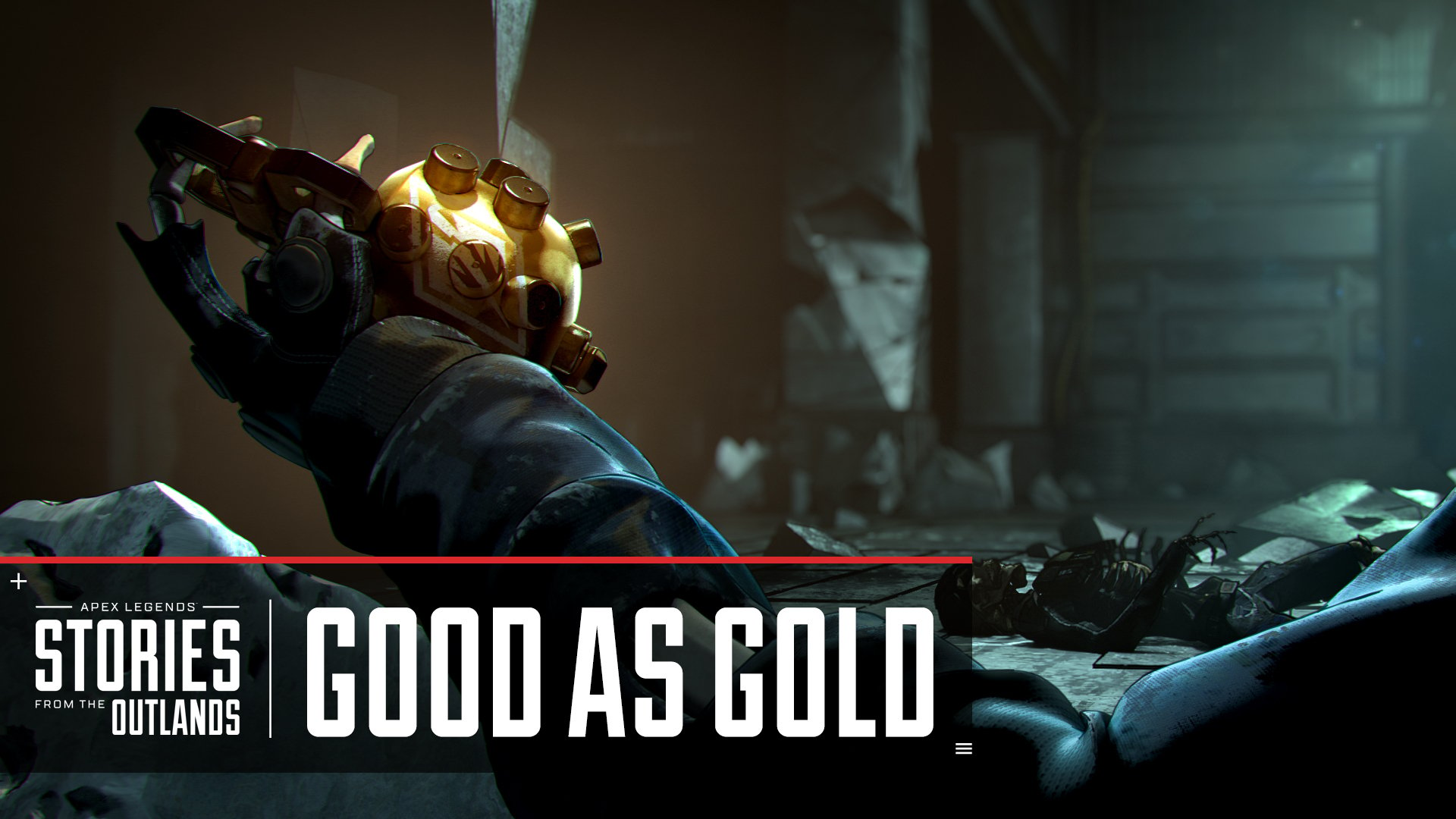 The episode is titled “Good as Gold” and its official thumbnail shows a skeletal hand holding a gold object that looks like some sort of grenade. The image also shows a charred corpse and the inside of a destroyed building in the background, with visible debris and a broken pillar.

Stories from the Outlands is a series of lore videos on both new and old characters in the Apex universe. Every legend since season two has appeared in their own installment of the series, including Revenant—and it looks like the season eight legend is the next one to join that roster.

The latest in-game teasers have pointed to the planet Salvo, an obscure corner of the Fringe Worlds that has been making some appearances in Apex lore—and could be a key element in the new legend’s backstory.

Salvo’s first appearance was in a letter from the Syndicate to Wattson (and presumably the rest of the competitors). The corporate memo came from the Syndicate’s PR office and revealed that Salvo would be the seventh planet to join the Syndicate’s sphere of influence after talks with a new administration—despite resisting the organization’s advances 11 years prior.

The planet’s role in the Syndicate could be as an arms provider; the memo says that “Salvo brings with it [illegible] of armaments,” and although it’s hard to decipher, the hidden words could be “exceptional knowledge.”

The theory would line up with one of Octane’s location-based voice lines: “Always wanted to check out the Fringe. Heard they have a planet where everybody’s got a rocket launcher.”

In Titanfall 2, the Tone Titan’s Power Core (the game’s take on ultimates) is called Salvo Core and makes the Titan fire a barrage of Rockets, although it’s unclear if the two names are indeed connected.

Salvo also appears during the season seven quest, Family Portrait. The antagonist, Creighton Sawtelle, tells Cherisse Che to deliver a message to the Syndicate: “They can have Salvo. I want Psamathe.” Cherrise, however, replies that the “Salvonian Warlord” will not be happy—indicating that the new Salvonian leadership may not have gotten there through peaceful means.

The latest teaser is a blimp that appears over the arenas in the Apex Games, further broadcasting Salvo’s addition to Syndicate space, similarly to the e-mail in Wattson’s room.