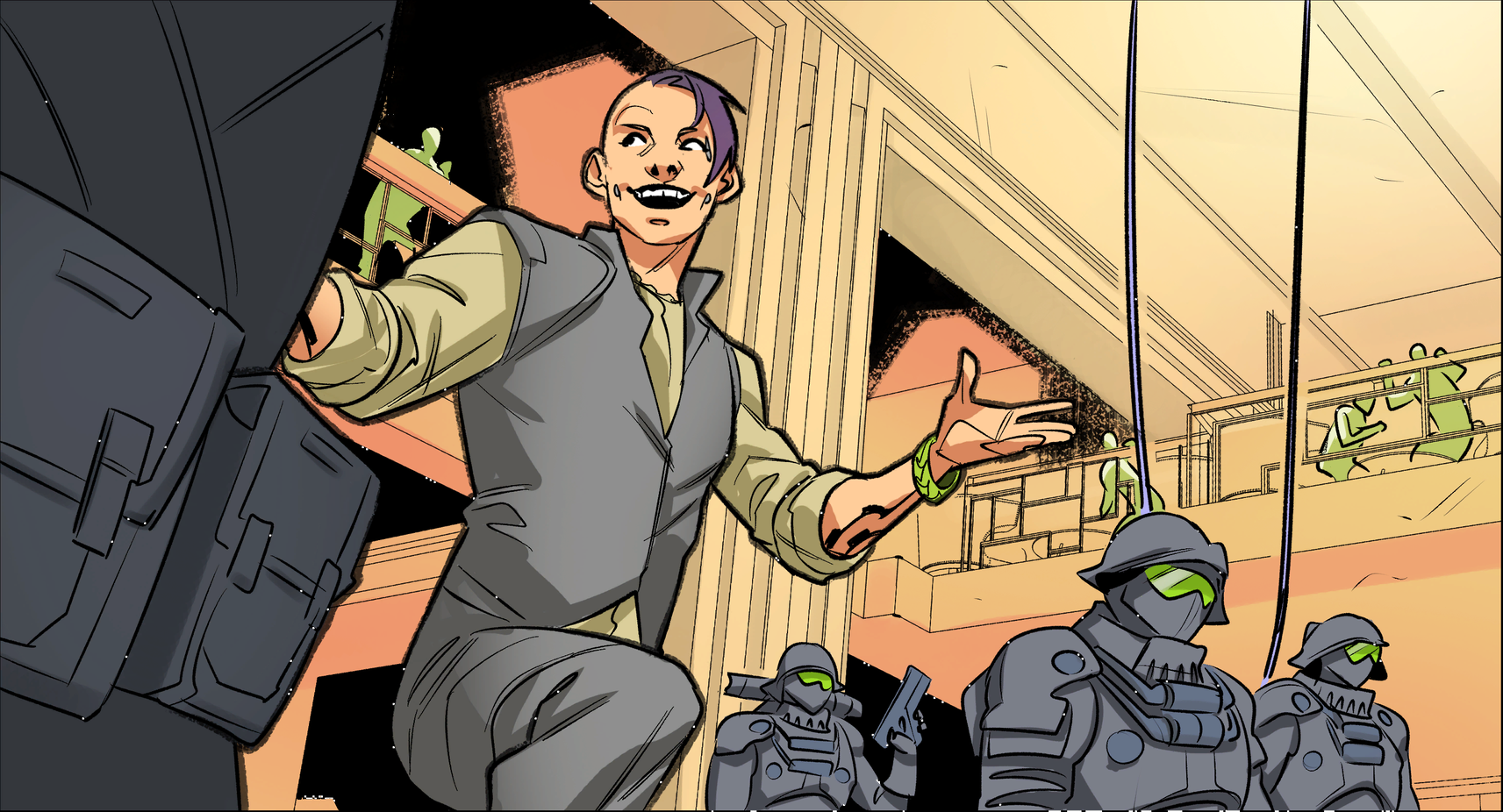 Apex Legends’ season seven quest has started to point toward a new part of the Frontier. Salvo is a mysterious planet that just gave in to the Syndicate—and it could have big repercussions for the evolving story.

So far, only two pieces of lore have mentioned the new planet: a chapter of the Family Portrait season quest and an Easter egg-filled image of Wattson’s room. Her desk contains a memo from Syndicate PR director Jacob Young, but the quest introduces the planet in a less subtle manner.

The memo reports that Salvo has joined the coalition of Syndicate planets after rejecting the organization’s offers in the past. “Talks with this new administration have been prolonged, but ultimately fruitful,” the memo reads. The planet is the seventh world to join the Syndicate.

Salvo’s role in the Syndicate could be a provider of weapons or ballistic know-how, based on the memo. It says “Salvo brings with it [illegible] armaments.” Although it’s difficult to distinguish precisely what this bit of the document reads, the missing parts could translate to “exceptional knowledge [of armaments].”

Salvo made its major appearance during the season seven quest, Family Portrait. The antagonist, Creighton Sawtelle, brings the planet up as part of his plans for interplanetary dominion. He asks Cherisse Che, Lifeline’s mother, to pass on a message to the Syndicate: “They can have Salvo. I want Psamathe.” Sawtelle also asks about her visit to Sandringham Kelly, a new figure in the Apex universe.

The dialogue makes Cherisse’s ties with the Syndicate fairly explicit. She has enough influence to deliver a message to high-ranking officials and she mentions the “Salvonian warlord”—possibly a dystopian peacekeeper in the new administration between Salvo and the Syndicate.

Salvo will likely play a significant role in the upcoming seasons and it wouldn’t be surprising if the evolving narrative led us closer and closer to the new planet.