Apex Legends’ Leviathans are approaching the island from south 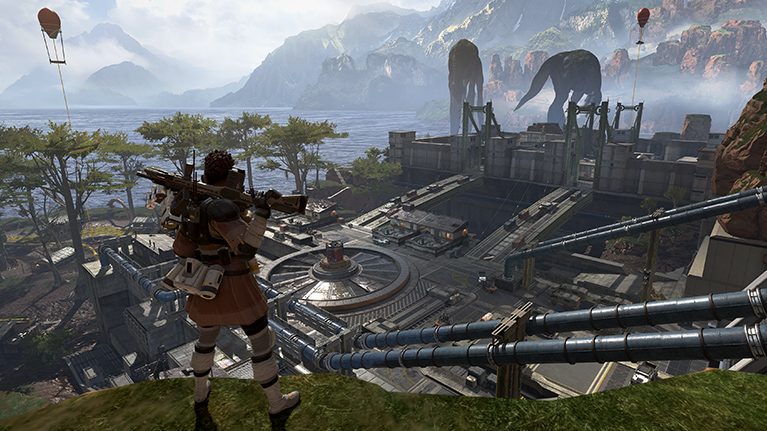 Apex Legends’ season two is approaching, and so are the Leviathans.

Players have noticed that the gigantic dinosaur-like creatures southeast of the map are moving closer to the southern border of the island. Instead of being completely out of bounds, one of them is now south of Water Treatment, and another seems to be following it closely.

Known as Leviathans, they’re nothing but decorative creatures in Apex—so far. Players can’t interact with them to any extent, not even now that they’re much closer to the island. But their movement could mean that they have something to do with the changes that could come to the game’s upcoming season.

If Respawn is taking the same steps as Epic Games does with Fortnite, it’s likely using Leviathan soon as a lore element that will explain why certain map changes happen when season two starts. In Fortnite, an entire castle is now gone from the game because it is apparently attached to the back of a creature that’s swimming around the island. In Apex, perhaps could see a Leviathan destroying an entire area to change it completely when season two starts, for instance.

This is the first time players have seen these two Leviathans moving toward the island. It would be too much of a coincidence if they have nothing to do with the game’s season two, which starts on July 2. Respawn has plenty of time to develop a short storyline for them and make them relevant for an event.

But we have yet to learn what these two will do. In a worst-case scenario, players at least get to see colossal Leviathans closer than ever if they drop on Water Treatment.