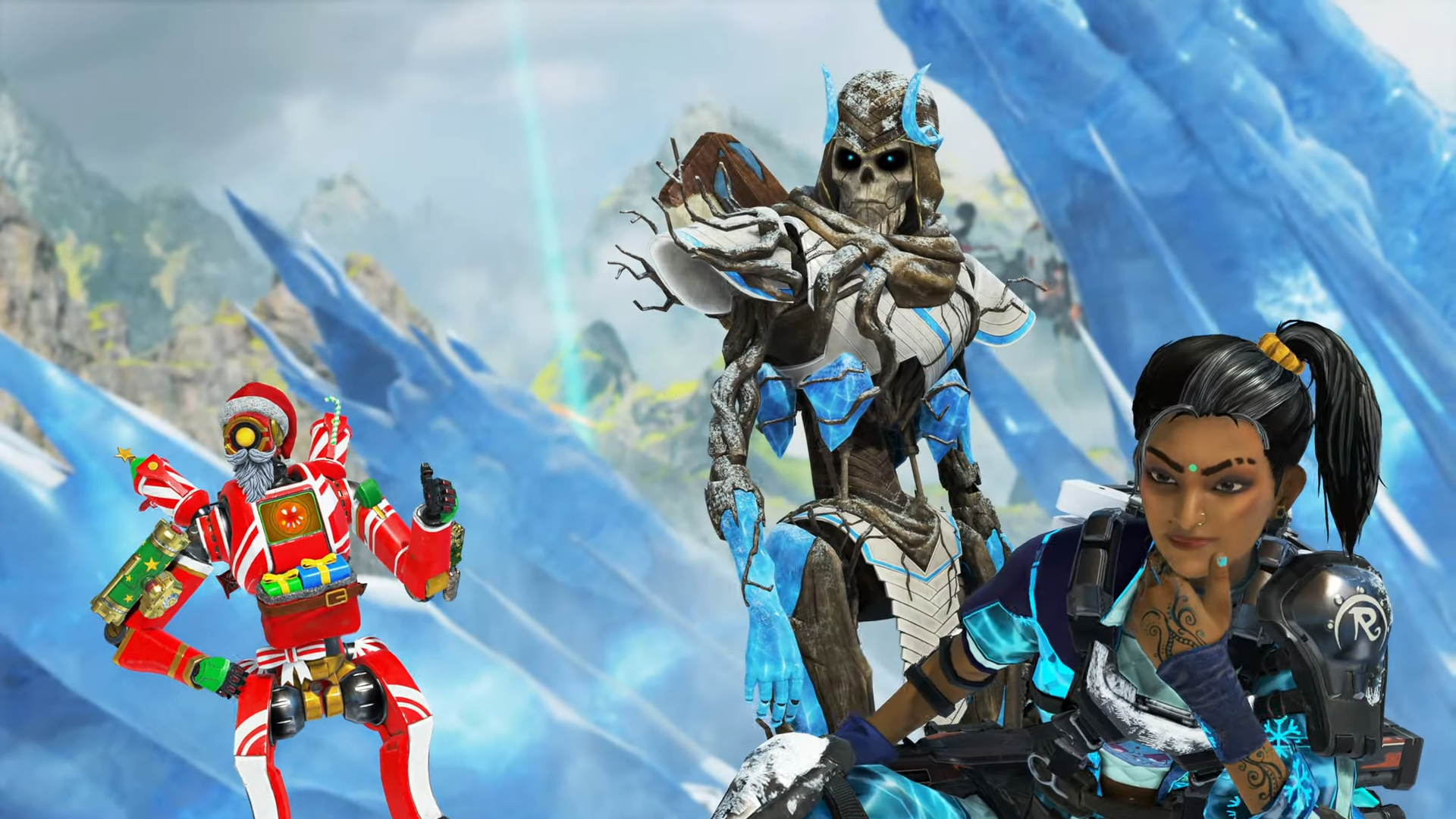 Apex Legends’ Christmas celebrations are just around the corner. Respawn revealed the official trailer for the 2020 Holo-Day Bash today, complete with the returning Winter Express limited-time mode and a new set of frigid skins.

The Winter Express game mode has players fighting to control a train that moves around World’s Edge. Players win by either getting control of the train or by being the last squad standing. The limited-time mode made its first appearance during last year’s celebrations.

This year’s version of the Winter Express will feature some overhauls, including five new stations that seem to be located in the ruins of Capitol City, close to Epicenter, and in Sorting Factory/Refinery.

The trailer also showed several new skins that will be available in the Item Shop, including cosmetics for Horizon, Revenant, and Loba. This will be Loba’s first new legendary skin since her debut in May.

The trailer ends with a nod to the Mirage Voyage, the trickster’s boat. The ship first made its way to World’s Edge during last year’s Holo-Day Bash but was removed from the arena with the season six map update. Since the trailer doesn’t make any direct mention of the Voyage returning, the ship could sit out this year’s celebrations—much to the misfortune of Mirage mains.