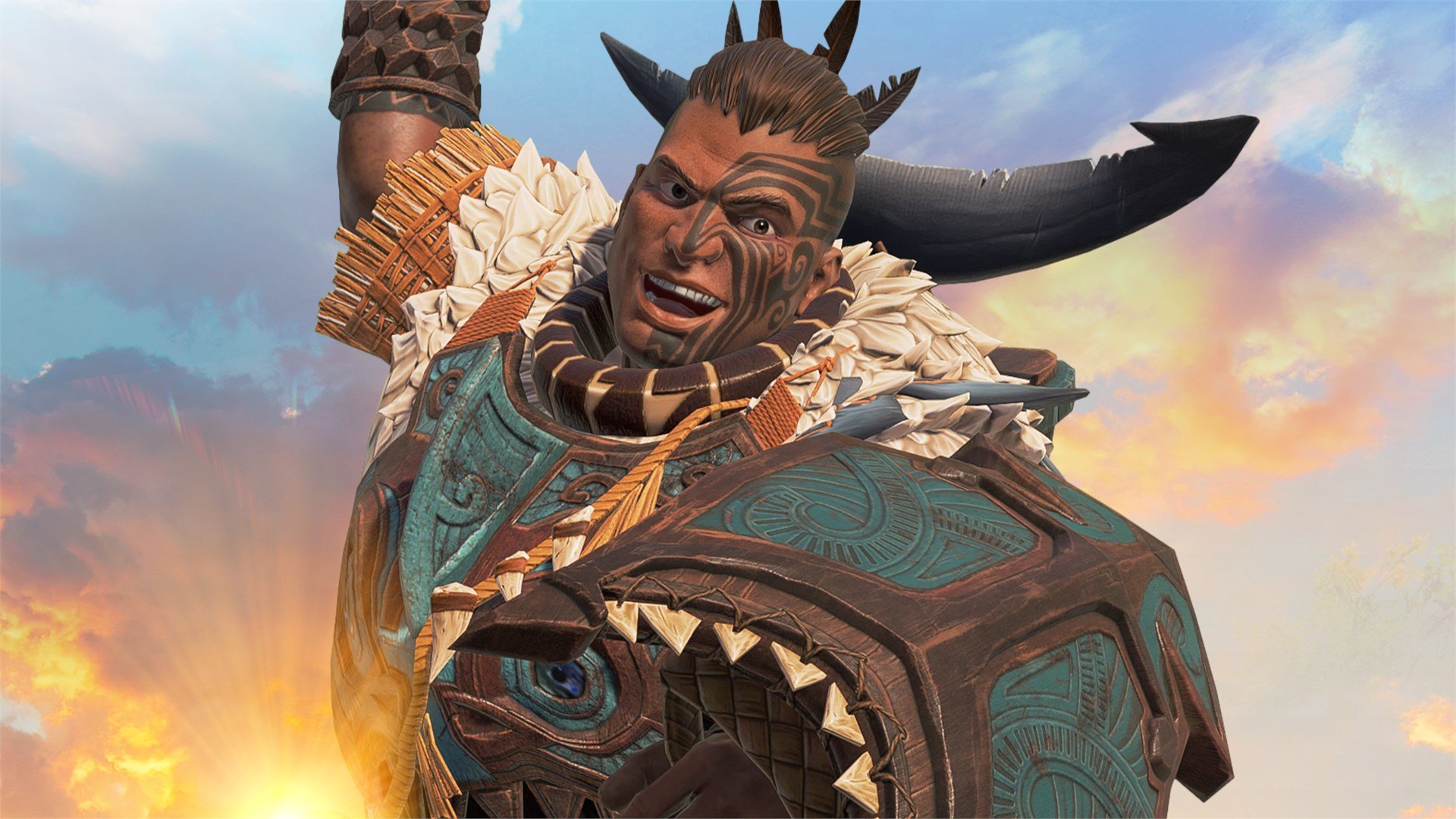 Apex Legends‘ new Gibraltar Edition is a tribute to the battle royale’s tankiest legend. The bundle includes two legendary visuals, a badge, a gun charm, and 1,000 Apex Coins all for $19.99—and it’s now available for purchase.

The Gibraltar Edition comes with the “King of the Sea” legend skin. It dresses Gibraltar in what looks to be a Pacific Islander-inspired armor that resembles a maritime creature, a pattern that extends to his gun shield. He also boasts a series of tattoos on his face, arms, and extending from his waist to his knees. In addition, he appears to carry a large swordfish on his back.

The new skin matches the Devotion’s “Terror of the Deep” skin, also included in the bundle. The visual styles the LMG to look like a maritime creature in the same shade of blue as Gibraltar’s armor and also bears some seemingly Pacific Islander imagery.

In addition to the two legendary cosmetics, players will get a banner badge that showcases Gibraltar’s new look and a gun charm, plus 1,000 Apex Coins.

The Gibraltar Edition is one of several legend-inspired editions in Apex. The trend kicked off with the Bloodhound and Lifeline editions shortly after the battle royale’s release. Respawn has since released the Octane Edition in February 2020 and the Pathfinder Edition in May 2020.

In addition to legend-themed bundles, Apex also offers the Champion Edition, which grants three exclusive legend skins, another trio of weapon cosmetics, and automatically unlocks all characters up to Horizon, the season seven legend, for a heftier price tag of $39.99.

It’s likely that Respawn will experiment with other editions in the future since the practice has been commonplace so far. Moreover, a series of original legends still don’t have their own editions—such as Wraith and Mirage, who feature heavily in promotional art for the battle royale.