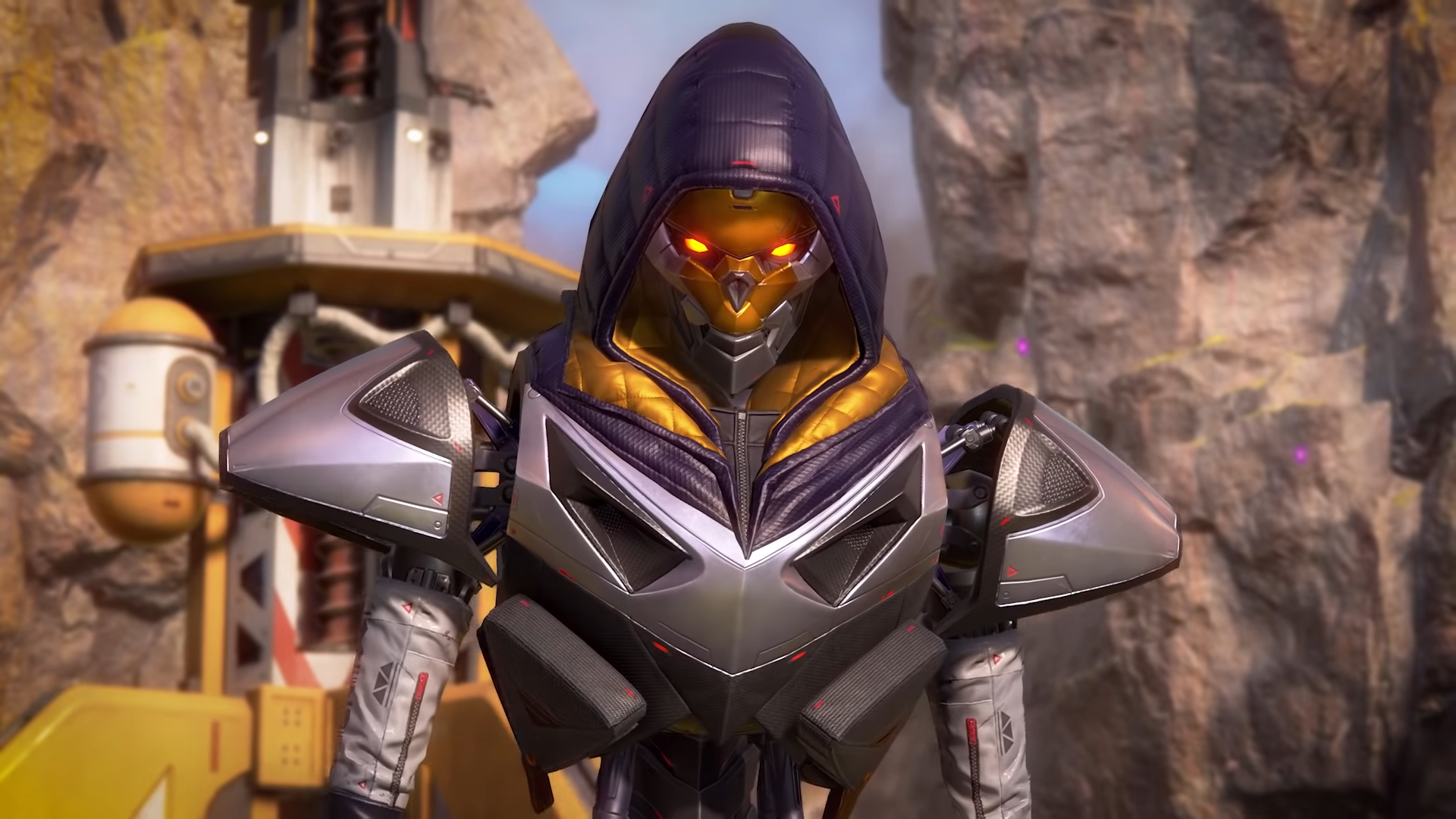 Apex Legends’ next patch will bring a series of new additions to the battle royale. The Aftermarket Event kicks off tomorrow with a new limited-time mode, another heirloom, and a cross-play beta—but that’s not all that’s coming.

The update will also bring adjustments to Pathfinder, Wraith, Bloodhound, Crypto, Rampart, and Loba, alongside a few small quality-of-life features that will improve the player experience.

Here are the full patch notes for Apex’s Aftermarket Event.

After the September Soiree, Apex players were in need of a new limited-time mode—and that’s exactly what Aftermarket will deliver. The event is bringing the Flashpoint LTM, which forces players to converge into an area for healing (and extra bloodshed).

Flashpoint will disable healing items from spawning as ground loot: The only way to get them is through Replicators. Instead, squads will have to move into Flash Points, designated areas on the map that regenerate shields and health over time.

To apply more pressure, the ring is always closing, which forces players to be on the move—and pushes them to a Flash Point to patch up between fights.

Aftermarket wouldn’t be a collection event without new visuals. A total of 24 event cosmetics are available and collecting them all yields the ultimate prize: Caustic’s heirloom, a gas-filled sledgehammer that makes for a ruthless weapon in the hands of a ruthless scientist.

The Aftermarket collection brings a series of skins that appear to have different themes. Some cosmetics, such as Wattson’s Wired for Speed visual, have a clear race theme. Others, such as Lifeline’s Breach and Clear, give the legends a more tactical look.

Events rarely come without balancing adjustments in Apex—and Aftermarket follows that same pattern. The upcoming patch will bring a handful of tweaks to popular legends such as Pathfinder, Wraith, and Bloodhound.

Pathfinder’s new grapple has a better cooldown that varies based on distance traveled. The further you go, the more you have to wait between uses. “The shortest possible pull has a 10s cooldown; the maximum cooldown is still 35s, but you’re going to have to swing a very long distance to get there,” the patch notes read.

“Instead of dropping grapple cooldown back to 15s where it was before, or moving it to 25s as a compromise, we considered a player suggestion (thanks Reddit) to have the Grapple drain energy as it goes, similar to Titanfall 2,” according to the patch notes. “The difference here is we’re looking at your full distance traveled: from the moment you leave the ground to when you’re on the ground again and not sliding at crazy high speeds.”

Wraith mains can say goodbye to her Naruto-esque run. Respawn will give her a new animation to ensure enemies can hit her more reliably when she’s moving away. The upcoming movements “are much more upright and expose a larger area of her body to gunfire,” which should make her already small hitbox a bit of an easier target.

Respawn looked outside of Wraith’s kit to find a way to balance the legend. “Each time we hit her abilities (which we’ve done a lot) she bounces back within a few weeks without bleeding a lot of pick rate,” the patch notes read. “So we started looking at other Legend specific things that could give her this power–and discovered that her sprinting animations are unique in how much they artificially shorten her (by hunching over), thus shrinking her shootable area from the perspective of the enemy.”

The Eye of the Allfather will become a lot less almighty after the upcoming patch. Bloodhound’s tactical cooldown in their ultimate was increased to eight seconds (previously six).

The changes aim to make the hunter less oppressive. “Against a competent BH, there would only ever be 2s during which you’re not scanned,” according to the patch notes. “Changing it to 8s means you’ve got 4s of being revealed and 4s to reposition in between pulses.”

These three legends received a handful of tweaks to their kits. Loba’s ultimate gained a lot more firepower with an increased range from 3,100 units to 4,500 units, to a total of 45 percent more loot for the team. Loba will also get half her ultimate charge when she starts a match, which makes it even easier to gather loot in the earlier stages of a game.

But Sheila isn’t the only sidekick that got some adjustments in this patch. Crypto’s drone, Hack, can now open loot vaults if he has a key in his inventory.

The Aftermarket event will add a handful of new quality-of-life features to improve the player experience, including some requested features such as seeing how much damage a piece of body armor needs to evolve.

The patch will let players see how much damage a stray Evo Shield has accumulated when it’s on a death box and will allow them to switch out their armor for one with less health as long as the other shield is closer to evolving. Loot Prompts will also show if a teammate has requested an item so you can ping it for them or sneakily take it for yourself—and legends will be able to ping to request for armor if they have a level zero shield.

Respawn also overhauled the Out Of Bounds timer in the arenas. The timer “no longer refreshes each time you enter a new out of bounds area,” but is a fixed 30-second limit. If the countdown drops below five seconds, it will refresh indefinitely up to that mark. “This should work against people exploiting the timer, while still allowing time for people to get down if they land up there,” according to the patch notes.

The new Performance Display will exhibit important information such as FPS, ping, and packet loss. The menu will stay below the “X squads left” notice on the HUD and players can enable and disable it through the gameplay settings.

Lastly, the Aftermarket patch will let players use the new Anonymous Mode, which conceals their username from allies and enemies alike in the banner, kill feed, and presumably death boxes.