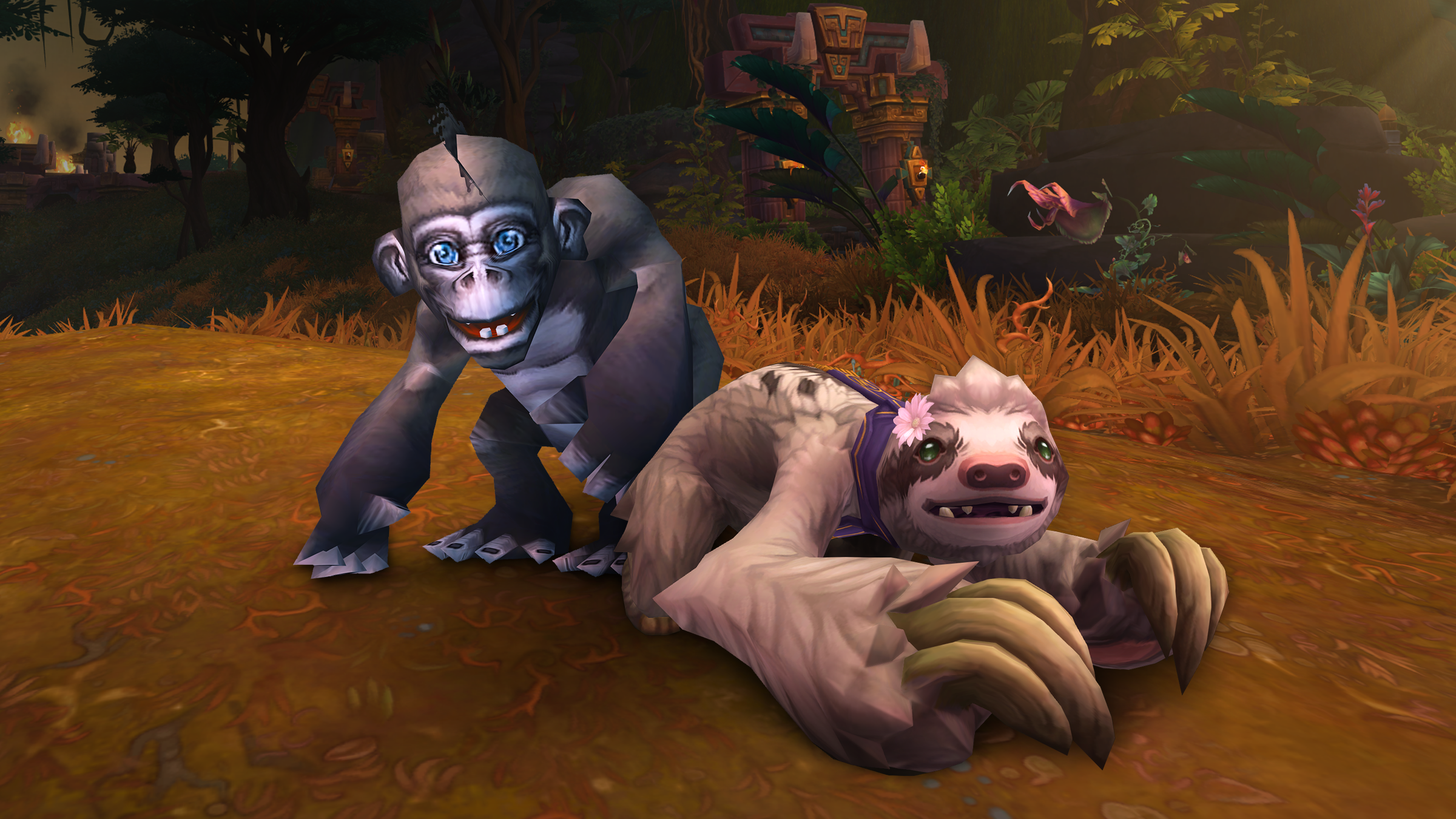 World of Warcraft players will receive a pair of unique in-game pets following the reaching of a donation milestone for Doctors Without Borders.

The charity fundraiser reached its initial goal of $500,000 on March 24. Just shy of a month later the ultimate goal of $1 million has been met.

Players on the retail World of Warcraft servers can now redeem a pair of in-game pets–Bananas the Baby Gorilla and Daisy the Sloth.

Bananas is a traditional pet that will follow you around Azeroth as normal. Daisy is a pet that players can carry upon their back as they move around on their adventures.

These two rewards will be available until August 1, so make sure to not leave it till to late before adding these adorable critters to your collection.

The duo is available to all players whether you contributed to the campaign and can be redeemed through the Blizzard Shop in the Battle.net client.

The Charity Pet program in World of Warcraft is one of Activision Blizzard’s initiatives to support global fundraising. The company similarly released a cosmetic pack in Tony Hawk’s Pro Skater 1+2 titled the “Call of Duty Endowment United Pack,” with proceeds put towards helping veterans find employment.

For those looking to get their hands on their new pet friends right now, only Bananas can be claimed, while Daisy will be made available in the near future.