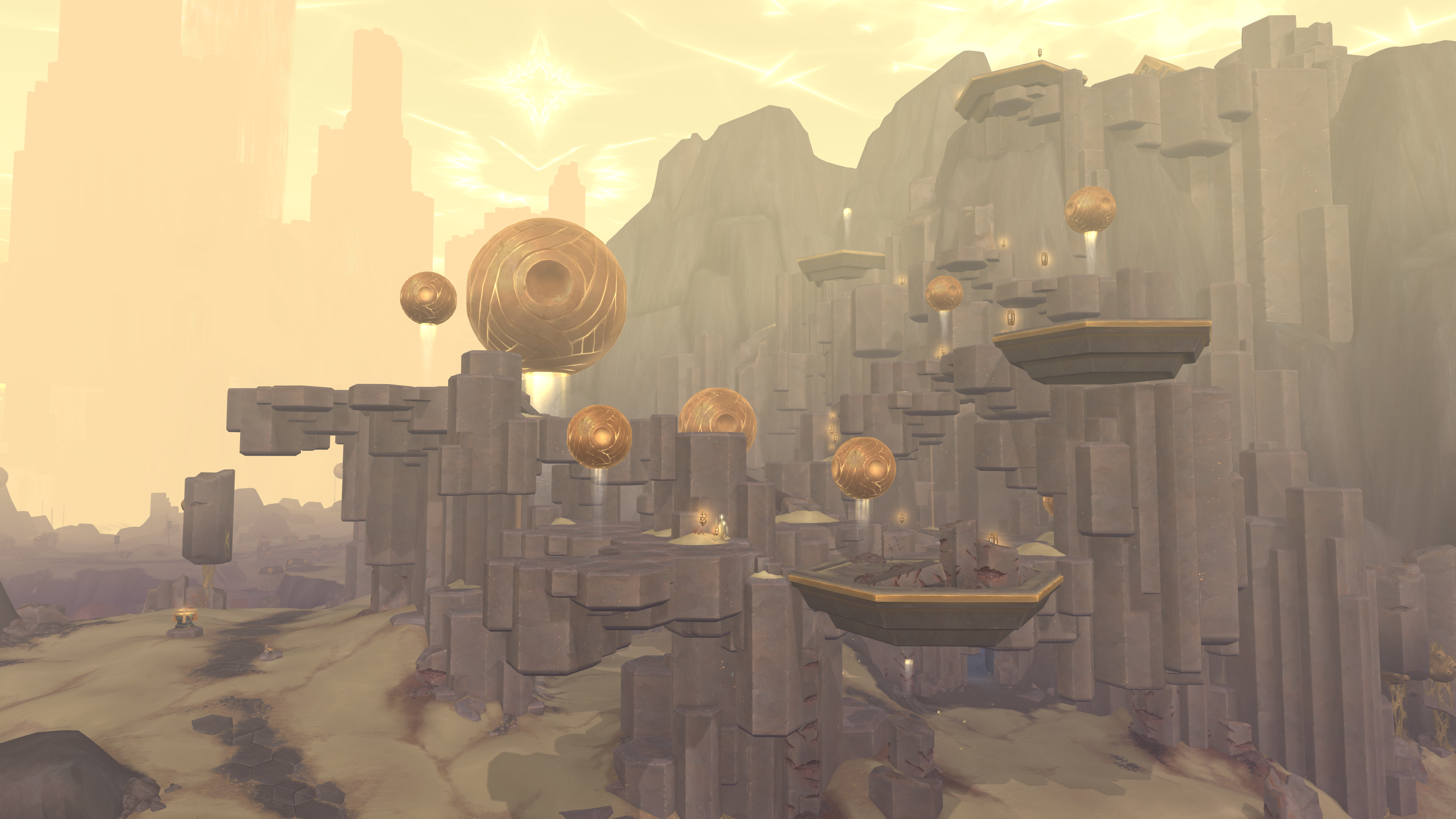 Throughout the entirety of World of Warcraft’s Shadowlands expansion, only five guilds claimed World First kills across the game’s 31 raid bosses. Four of them were sponsored (or went on to be sponsored) by major esports organizations. The fifth was a group of players who just happened to clock in early.

In WoW, the Race to World First is considered the pinnacle event of the game’s esports scene. Although the event isn’t sponsored in full by Blizzard Entertainment, organizations still field 20-player WoW rosters to complete a new raid faster than any other team.

World First races span entire raids, and each boss in a WoW raid has its own “World First” achievement. The Early Shift, a self-proclaimed “hardcore casual” guild, earned the opening World First kill of the Sepulcher of the First Ones raid in March, thanks in part to their unconventional raiding schedule and bold call to attempt the raid on Mythic difficulty despite being weaker than most guilds.

During World First races, professional guilds will extend their normal raiding hours, often playing for 12 to 16 hours a day. Pro guilds will start their race days as soon as the servers reset around 10am CT on Tuesdays, raiding until nightfall. Each World First race is a time sink for organizations and players; Shadowlands’ races lasted anywhere between seven and 17 days of practically non-stop raiding. Once the race ends, those pro guilds will slot back into their regularly scheduled nighttime raiding hours.

The Early Shift, however, are a dedicated morning raiding guild. When the pros extend their hours to include the morning and afternoon, their raiding windows overlap with that of The Early Shift. That time slot played a major factor in the guild’s ability to walk backward into a World First kill, outpacing all other pro guilds in WoW’s most recent Race to World First, just while playing during their normal raiding hours.

“We raid in the morning and it just happened,” Zhamie, The Early Shift’s raid leader, told Dot Esports. “We were just like, ‘Oh, no one has the kill yet, so we might as well try it.’”

With their morning raid time in mind, it was only a matter of time until The Early Shift eventually took down a boss before anyone else in the world. Throughout the Shadowlands expansion, the guild was slowly ramping up toward a World First kill, getting the 16th overall kill on the opening boss of Castle Nathria and the third for the opener of the Sanctum of Domination.

The Early Shift made the gutsy call to go for their Vigilant Guardian World First kill when they did largely because of how wide open the window to take it was. Nearly all of the high-tier professional guilds in the world were running “split raids” during the first 24 hours of the Sepulcher’s release, opting to strengthen their characters through Heroic-level gear and tier bonuses. The Early Shift, however, went straight to the first boss of the raid on Mythic difficulty, attempting to etch their name into the WoW history books while other teams prepared for the long term.

Related: What are split raids in World of Warcraft?

“Everyone’s farming tier [pieces] and expecting that you’d need tier [pieces] to kill the boss,” Tendeeps, an officer of The Early Shift, told Dot Esports. “We were kind of in doubt ourselves, too. But then once we got closer and closer, we’re like, ‘wait, this is actually killable.’”

While Liquid were farming tier pieces of their own, the team’s raid leader Maximum entered The Early Shift’s official stream with his 30,000 concurrent Twitch viewers and cheered them on in a show of camaraderie, despite the fact that The Early Shift were technically direct competitors of his own team. In total, it took The Early Shift 56 pulls to take down the Vigilant Guardian—53 more than it took Liquid, who earned World-second on the boss just two hours after The Early Shift, largely in part to their relative abundance of tier pieces.

For The Early Shift, the decision to trudge through 56 pulls on the opening boss of the raid was solidified gradually over time. The guild saw more progression with each pull and eventually gained the confidence that they could claim a World First kill without having to backtrack and farm for tier pieces themselves.

The biggest factors in determining the possibility of the kill were the understanding of healing cooldowns and the team’s ability to “stop dying to stupid stuff,” according to Tendeeps. Once The Early Shift was able to play as close to perfect as possible, lowering the boss’ health to zero percent became a real possibility.

Had The Early Shift not killed the boss on precisely their 56th attempt, it’s likely they would have had to stop pulling altogether. After hours of progression, the outside world was bound to interrupt eventually. Zhamie knew his wife, who was nearing her pregnancy’s due date, had a regularly scheduled doctor’s appointment that day. Just minutes before the boss died, though, the raid leader looked to his left and noticed a DM from his wife: “I am going into labor. You need to come.”

Immediately following the World First kill, Zhamie left his team to celebrate without him as he joined his wife. Had the boss not died there, The Early Shift would have been without their leader, and surely, progression attempts would have ended for the day, allowing another guild to slide their way into a World First kill.

And that would have been OK.

The Early Shift knew they were playing with house money from the beginning, and a World First was never in the cards for the team. “We don’t go for World Firsts, we don’t push rank,” Zhamie said. “We literally raid early, that’s it.”

For The Early Shift, any record-book-worthy achievement was an added bonus, and if a major life event happened to prevent them from going stride-for-stride with guilds like Liquid and Echo, then so be it. That was never the plan anyway. In the end, they slowly made their way through the raid, being the 860th team in the world to defeat the final boss, The Jailer, according to WoW stats site Raider.io.

“We’re just a bunch of friends who just want to play the game,” Tendeeps said. “We’re not here to get paid. We’re here to have fun and raid, you know? We’re playing a video game at the end of the day.”

The Early Shift pride themselves on a low bar for entry. With them, there’s no need to have five alternate characters in your rotation, no self-imposed ban on “meme specs,” and no incentive to go above and beyond what’s asked of a quasi-hardcore player. “As long as you’re decent at what you’re playing and don’t stand in fire, those are literally our only requirements,” Zhamie said.

WoW’s next expansion, Dragonflight, is set to release later this year, with another Race to World First following shortly after. And this time, the team that shows up earlier than all others fully expects to be back in the thick of the race.

“The first few days we’ll definitely shoot for a world first again. Why not?” Zhamie said. “If we’re not locked to doing splits to get better gear… then sure. I’ll keep sending Mythic progression.”