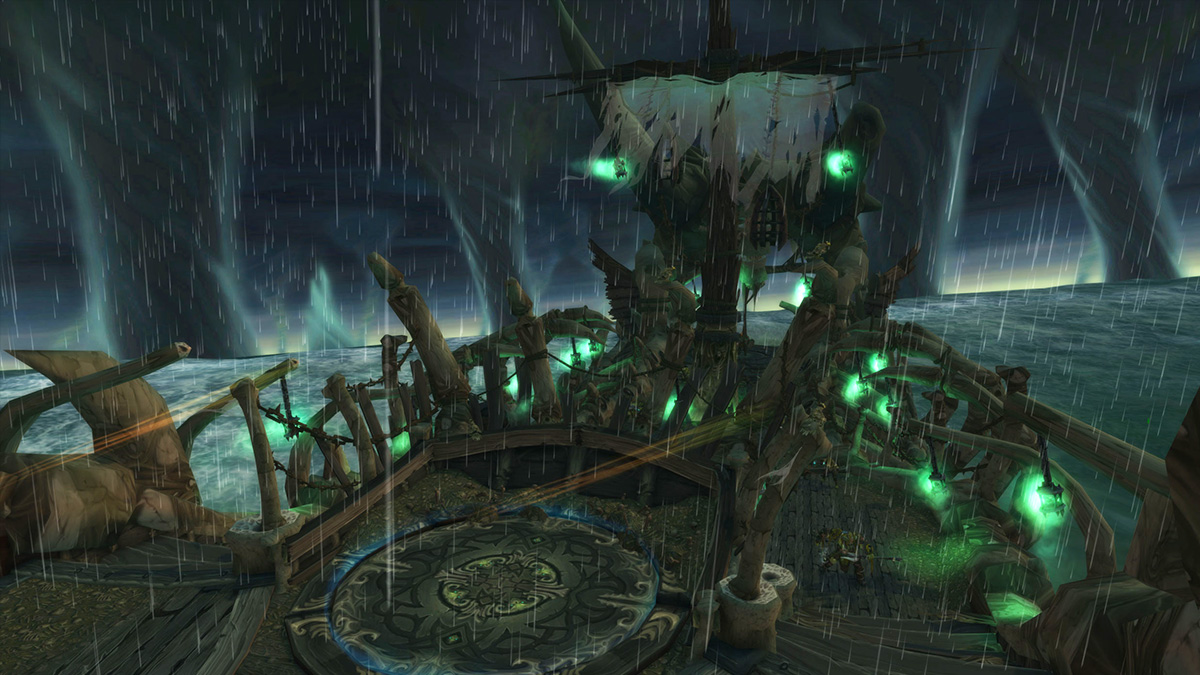 A piece of gear in World of Warcraft is bugged right now, giving extremely strong stats to players in Patch 9.1, Chains of Domination. The only caveat is that the item has been in the game for nearly five years and is incredibly easy to obtain.

The item in question is a pair of cloth boots called the Mistbound Helarjar Footwraps. The boots can be obtained from the Mythic difficulty version of the Maw of Souls dungeon, which was released in 2016 alongside the Legion expansion.

Any level 60 character can easily stomp through the Maw of Souls dungeon in about five to 10 minutes since all of the enemies in the instance will die in practically one hit. Plus, the fact that the dungeon contains only three bosses makes it easily completable.

Other pieces of caster gear in the Maw of Souls give anywhere between eight and 14 Intellect, but the Mistbound Helarjar Footwraps give a flat bonus of +53 to the Intellect stat, making the item extremely relevant in Shadowlands content—for now.

It’s unclear when this bug will be fixed, but with a new competitive season of Shadowlands beginning on Tuesday, July 6, the issue will have to be resolved before players can gain an unfair advantage.