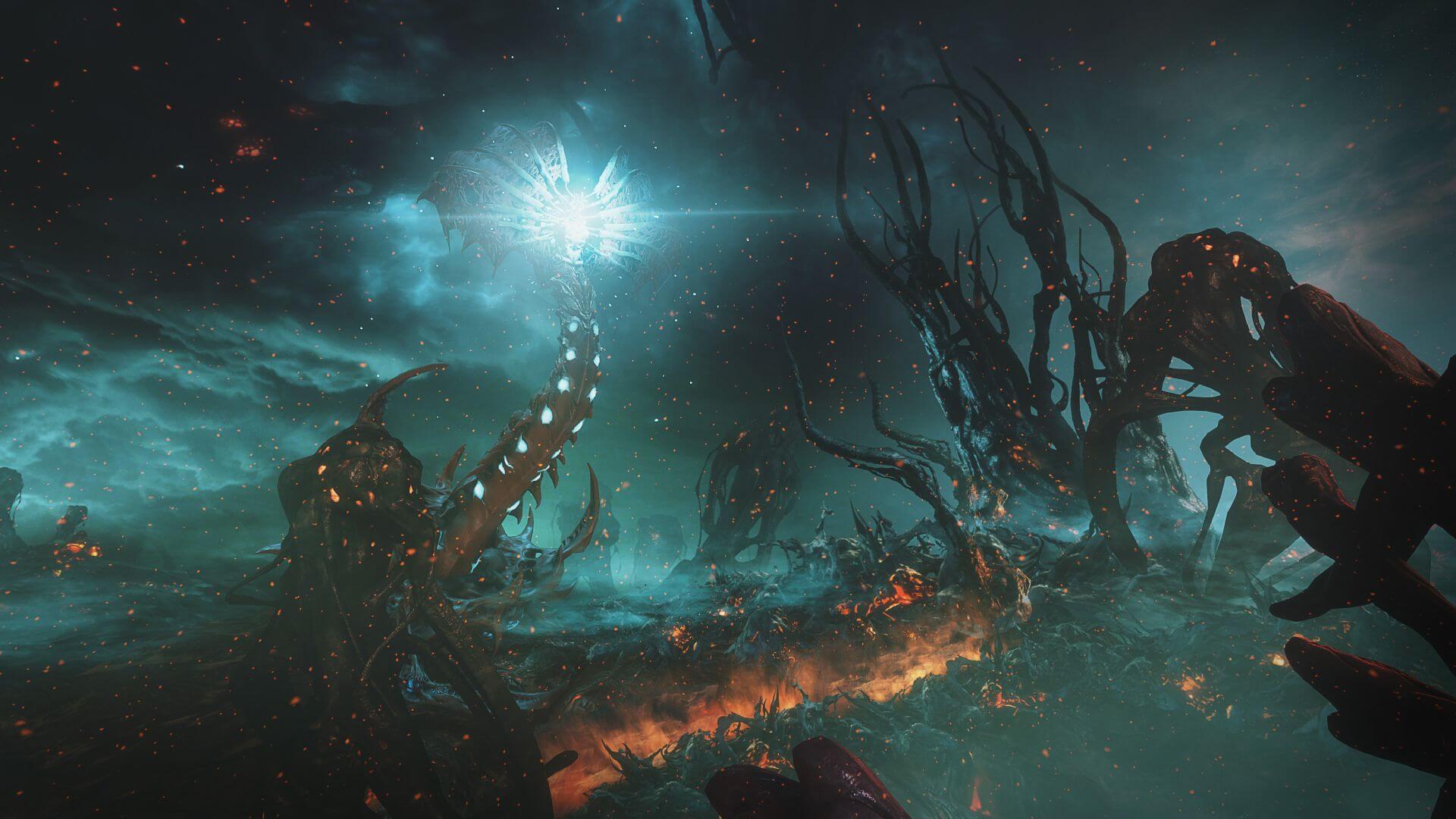 Warframe‘s Necralisk is home to the Entrati family, a group of Orokin that were affected by the Infestation that spread throughout the area. Deimos also houses a series of dangerous fauna, including the elusive Medjay Predasite, which is essential to increasing your standing with the Entrati.

In Deimos, capturing fauna with the help of your Tranq Rifle will yield tags that correspond to the animal you just captured. The Son is the Necralisk’s resident hunter, and changing tags with him will give you tokens you can use to raise the Entrati standing. You’ll also need one Medjay Predasite Tag to level your reputation with them to rank three (Associate), which will yield helpful rewards.

The Medjay Predasite is one of three species of Predasite in Deimos, and getting it hinges on some specific conditions and a bit of luck. Here’s how you can get one of their tags.

How to get Medjay Predasite Tags in Warframe

Medjay Predasites only appear naturally when Vome (the blue Wyrm) is watching over Deimos, but you can use your Echo-Lure and pheromones to summon them regardless of cycle. If you have both of those items (or can afford them), feel free to hunt them down whenever you can. If you don’t have them on hand, however, the first step to finding a Medjay Predasite is having the cycle tuned to Vome. You can check the cycle on Deimos from your Orbiter or through third-party websites such as the Warframe Hub.

At the minimum, you’ll need a Tranq Rifle (sold by The Business in Fortuna or by the Son in the Necralisk for 500 Standing) to catch any fauna, including the Medjay Predasite. If you want to increase your odds of finding this species, though, buy a Predasite Echo-Lure from the Son in Deimos and stock up on Predasite Pheromones. The Echo-Lure is a tool and has unlimited uses, but each Pheromone is a single-use item.

Medjay Predasites can spawn randomly as endemic life or can be found by following their tracks in specific areas of the map, but using your Echo-Lure is the most reliable way to get one. Otherwise, you’ll be at the mercy of another layer of RNG when it comes to finding endemic life around the area.

Once you’re ready to hunt down a Medjay Predasite, equip your Tranq Rifle and head into the Cambion Drift.

After you leave the Necralisk, you can explore the Cambion Drift for clues to a Medjay Predasite’s location. If you have the Tranq Rifle equipped and own the Predasite Echo-Lure, Warframe will mark their trails on your map with a blue symbol that looks like a bear paw. This indicates the start of tracks for any wildlife, and they will appear for all species you can spawn with your Echo-Lures. If you have more than one Echo-Lure, odds are you’ll have to scramble throughout the area looking for the correct spot (though we found ours near the Undulatum).

Once you interact with the start of a Predasite’s trail, the game will spawn glowing tracks. Follow them until you reach a calling point for a Predasite. Clear the area of enemies just in case, unless you’re aiming for a Weakened Medjay Predasite to make a pet.

Once you’re at the calling point, equip the Tranq Rifle and use the Pheromones you bought (if you have them) to increase your chances of getting a rare Predasite spawn, such as a Medjay or a Pharaoh. Use your lure to attract a Predasite by mimicking its cry.

The Echo-Lure has a bar that shows you the pitch for your mimicry, and you’ll have to replicate the animal’s sound almost exactly. To do so, hold M2 (or R2/RT if you’re on a controller), then drag your mouse or analog stick upwards or downwards. This will make a sound, and the Predasite will respond. Follow the prompt that appears on your screen to copy its cry and the Predasite will spawn soon. Be sure to stay low and not attract attention to yourself, since the Predasite will flee if it spots you.

After the Predasite has spawned, use your Tranq Rifle to track it down. The tool will highlight any fauna in its sights, so it will be relatively easy to spot the Predasite. We recommend using an Archwing to gain some vantage or bringing along a frame that can turn itself invisible, such as Ash, Loki, or Ivara. Ivara is helpful because she can also put the Predasites to sleep.

How to find a Medjay Predasite without Pheromones

If you don’t have the Echo-Lure or the Pheromones, you can repeat the same process we listed by having a teammate summon the Medjay Predasite with these items, saving you the hassle of having to wait for Fass to set. If you have no way of accessing an Echo-Lure or Pheromones, however, you’ll need to wait until Vome is active. Once you have the right cycle, look around Deimos for random Predasite spawns. This method doesn’t require Echo-Lures or Pheromones, but the Tranq Rifle is mandatory.

The best way to find a Medjay Predasite is by using an Archgun and flying up to look for them when Vome is active. If you’re near a Predasite, you’ll hear its cries echo through the map, so whip out your Tranq Rifle and be on the lookout for it. Your Tranq Rifle will beep if you’re within 180 meters of them, which is a good indicator of whether you’re on the right track.

Predasites can be on the low ground or on top of the many hills surrounding the Cambion Drift, so make sure to keep your eye out for it. In this case, we’ve used a Vizier as an example:

After you’ve found a Medjay Predasite, put it to sleep and bring it to the Necralisk to earn your tags. Alternatively, while in Vome, you can spot random Medjay Predasites that have been hit by Infected, making them Weakened Medjay Predasites. Once a weakened Predasite or Vulpaphyla is ready for capture, the game will mark it on your map. With some luck, you can have the Infested save you the trouble of tracking down a Medjay Predasite. Weakened fauna also gives tags, so this method won’t set you back.