Warframe has several different systems, but its reputation gain can be among the hardest parts of the game to understand. Syndicates offer specific prizes or wares, which can range from Augment mods to unique Warframe and weapon blueprints to decorations. And some of them are definitely worth the grind.

Each open-world area has two main Syndicates, which tie in with the lore of each zone. Additionally, there are Faction Syndicates involved in a war, which bring rivalries and alliances to the mix. Between the abundance of Syndicates (16 as of Angels of the Zariman) and the daily Standing cap, earning Standing with the factions can make for a confusing experience in Warframe. Here’s what you need to know about it.

How to gain Standing in Warframe

Standing functions as a faction-specific currency and is required to progress with specific Syndicates. Each faction has its own requirements for earning Standing and it has no use outside of their designated Syndicates—Entrati Standing, for instance, can’t be exchanged with the Ostrons or similar.

Players have a maximum amount of Standing they can earn each day (16,000 + 500 for each Mastery Rank), which resets at midnight UTC (7pm CT without accounting for timezones). All Syndicates have multiple ranks and offer better wares based on reputation, and you can check their Standing and rank at any time by heading into the Syndicates part on your Orbiter, to the left of the Navigation computer. This also allows you to travel straight to representatives and save you some time.

Neutral Syndicates don’t affect your standing with other factions, meaning you can improve your reputation with them without worrying about alliances. All open-world Syndicates are neutral, and these are usually the most important ones to upgrade due to their offerings.

Here are all the neutral Syndicates in Warframe and what they offer as of Update 31. 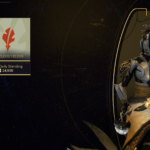 Players will likely gravitate towards their Syndicates of choice based on how to earn Standing with them and their rewards, though it’s possible to improve your reputation with all neutral Syndicates in a single go without damaging your familiarity with them.

Ranking up with each Syndicate requires players to earn Standing and provide specific items that drop from each area, and players cannot progress unless they have the items, even if they’ve reached the Standing threshold. These are usually available from doing related activities, though it adds more steps to the process of ranking up. Maxing out some Syndicates will also have an impact on the narrative and can even change the appearances of some NPCs.

Most open-world Syndicates use similar systems that involve all sorts of activities in the areas, such as mining, capturing animals, fishing, and completing bounties. The Entratis in Deimos have a slightly different system that allows players to stock up on tokens, which can later turn into Standing.

In the Plains of Eidolon and Fortuna, players can stock up on mining items and fish and sell them to the appropriate vendor whenever they want, but bounties and capturing animals yield Standing immediately. In Deimos, however, bounties give you Mother Tokens, which you can turn in for Standing. This allows you to stock up on them in one day and use them to improve your Standing after the cap resets without having to do bounties again. Fortuna also lets you stock up on Debt Bonds, which you can trade for Standing later.

Related: How to capture animals in Warframe

The Holdfast Syndicate aboard the Zariman functions somewhat similarly to the Entrati: players can get different types of Voidplumes by finding them during missions, looting them from Void Angels, or obtaining them from bounties. Since the Zariman isn’t a full open world, players don’t have access to conservation, fishing, or mining, but Voidplumes are fairly common in some missions depending on how much you look for them. Several of them will spawn, with different rarities giving players more Standing. Tenno can trade them in with Archimedean Yonta for Standing.

Here’s how you can gain Standing with each neutral Syndicate in Warframe.

How to gain Standing with each Syndicate in Warframe

Standing is usually obtained by performing tasks for each Syndicate. Faction Syndicates are simple and require players to complete missions or wear Sigils, while neutral Syndicates in open-world areas are more convoluted—and easily more important. Here’s how you can gain Standing with each neutral Syndicate in Warframe.

Each Syndicate will have its own ways to progress, but the multitude of activities means players have plenty of avenues to gain Standing. For instance, you could run Deimos bounties for Mother Tokens, then switch to conservation for the Plains of Eidolon and mining in the Orb Vallis, maxing out your Standing cap with all three Syndicates without repeating activity types. The Zariman has a slightly different system since it’s a tileset and not a fully-fledged open-world area. Additionally, all Syndicates will accept Universal Medallions to increase reputation with them.

How to gain Standing with faction Syndicates in Warframe

Faction Syndicates have a less convoluted system. You can improve your reputation with them by wearing a faction sigil, which will convert a portion of your affinity into Standing for that faction, or you can accomplish Syndicate missions that will yield standing. You can also use Universal Medallions, which grant you Standing to any faction of your choice.

Gaining Standing with a specific Syndicate will also give you half that reputation to an allied Syndicate, but will decrease the full amount from Standing with their enemies and half of the amount earned from their opponents (their enemies’ allies). Here are the faction Syndicates and the ties between them:

Faction Syndicates will offer Augment mods for specific Warframes and weapons, though they still require sacrifices to rank up. They can be Prime Warframe parts or other assorted items. Due to the alliance system, it’s also possible to have negative ranks with faction Syndicates, which will cause them to send enemies after you mid-missions.

Regardless of what Syndicate you’re increasing your reputation with, you should pick whatever activities you’re most comfortable doing and take advantage of the multitude of options at your disposal.