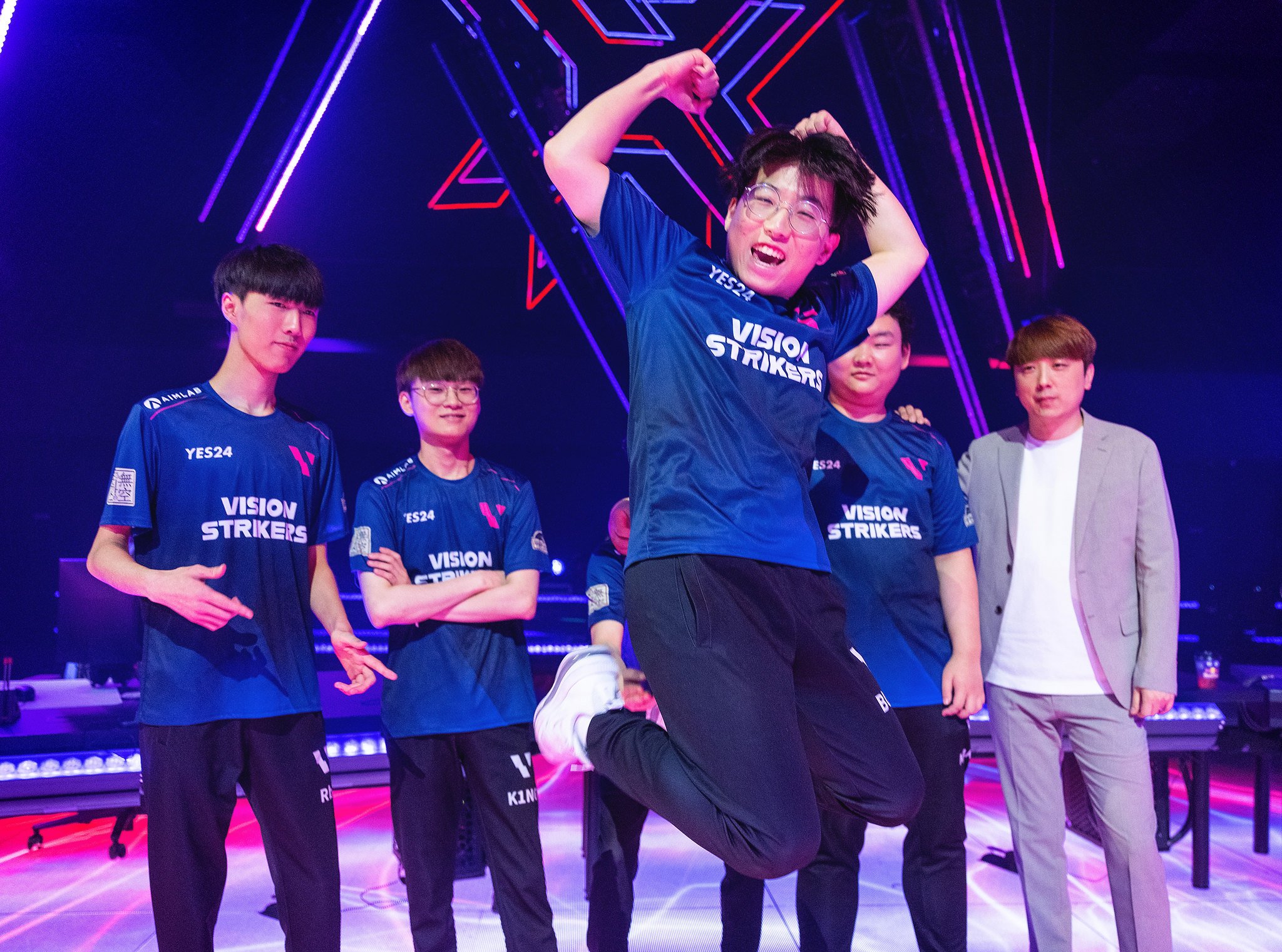 Vision Strikers have emerged from the Group of Death that is Group A at VCT Masters Three Berlin. Their 2-0 series win against Acend today secured the top team out of Korea a place in the playoffs alongside 100 Thieves and Team Envy, in addition to a locked-in spot at the VALORANT world championship event, Champions.

Today’s series started on Vision Strikers’ pick of Haven and the Korean side jumped out to an early lead with an aggressive style that made it hard for Acend to even get plants down. It was a quiet half for the Acend attacking side. An impressive clutch from starxo was outdone by an even more gorgeous one from BuZz on the Jett-Operator combo, with Vision Strikers taking an 8-4 lead. BuZz was able to outduel cNed throughout the map thanks to some near-perfect flashes and faultlines from stax on Breach. Even some heroics from cNed couldn’t produce the rounds Acend needed and Vision Strikers took Haven 13-7.

Vision Strikers’ scorching hot attacking side carried into the frozen Icebox and they blitzed into the A site in the opening pistol round. They took the first five rounds of the map before Acend got their first with just pistols of all things. But a flawless rebuttal from Vision Strikers quickly halted the momentum.

A couple more unlikely rounds from Acend, however, reduced Vision Strikers’ lead enough to give them some hope, heading into the second half trailing 7-5 after a tremendous clutch from cNed. That momentum was halted by another Vision Strikers pistol round, but the two teams traded rounds as Acend slowly closed the distance. But it just wasn’t enough and Vision Strikers locked in three straight rounds on defense to deny the comeback and take the map 13-9 on a stellar shock dart plant denial by Rb.

This win secured Vision Strikers a playoff spot in Berlin and a confirmed spot at Champions via VCT points earned. Even though they lost, Acend were in typical high spirits throughout the series, clapping and cheering in timeouts during both maps.

Their time in Berlin isn’t up yet. Acend await the winner of SuperMassive Blaze vs. PaperRex later on.