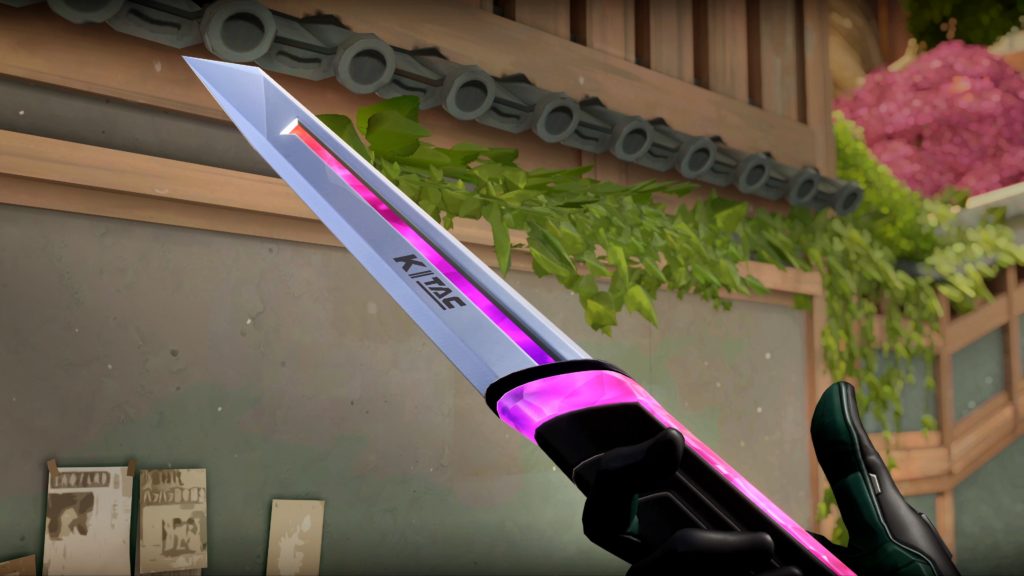 The latest battle pass has something for everyone.

As usual, there are three weapon thematics included in the battle pass. There’s the throwback, agent-themed Jigsaw skins, the sleek and glossy Monarch skins, and the dark, lore-inspired K/TAC skins.

The battle pass comes down to reflection. The devs wanted to celebrate the game’s one-year anniversary with a nod to the past. The colorful Jigsaw skins for the Ghost, Judge, Ares, and Guardian all include key art for agents, while the black, pink, and purple K/TAC skins for the Sheriff, Bulldog, Operator, Vandal, and Melee follow the lore and history of the game.

Players have been asking for more lore-based content and it’s been a year since the release of the last lore-inspired skins, so the devs decided to create the K/TAC skins, according to Riot.

The concepts for these skins were made years ago. They were originally intended to be the base weapons but Riot replaced them with the standard default skins that fans know and love today.

The K/TAC skins have the word “Kingdom” printed on them, referring to the Kingdom organization. A mysterious, evil-sounding corporation, Kingdom’s goal is to harness the power of Radianite.

Kingdom has been responsible for three-quarters of the world’s energy production. But this new energy source, created by the First Light and the abundance of Radianite, is starting to have unintended consequences on the world.

In addition to weapon skins, though, players will also get a load of “fun” content out of the new battle pass. This content is largely metagame-themed, according to Riot. The pass includes the “Force” and “Save” player cards, the “Max Money,” “Clutch or Kick,” and “No Pen” sprays, and more.

But there are also more lighthearted and humorous cosmetics like the “Rubber Ducky,” “Salmon Nigiri,” and “Caught” gun buddies, the “Feel the Rush” player card, and the “Surprised Penguin” spray.

Dan the Penguin, who can be found near a flipped table next to Ascent’s Wine, was dabbing in the previous battle pass. But now, he’s shocked to be making an appearance again in the latest pass.

All in all, there are 13 weapon skins, several variants, 16 sprays, 12 player cards, and nine gun buddies available in the Episode Three, Act One battle pass, which is expected to go live on Tuesday, June 22.