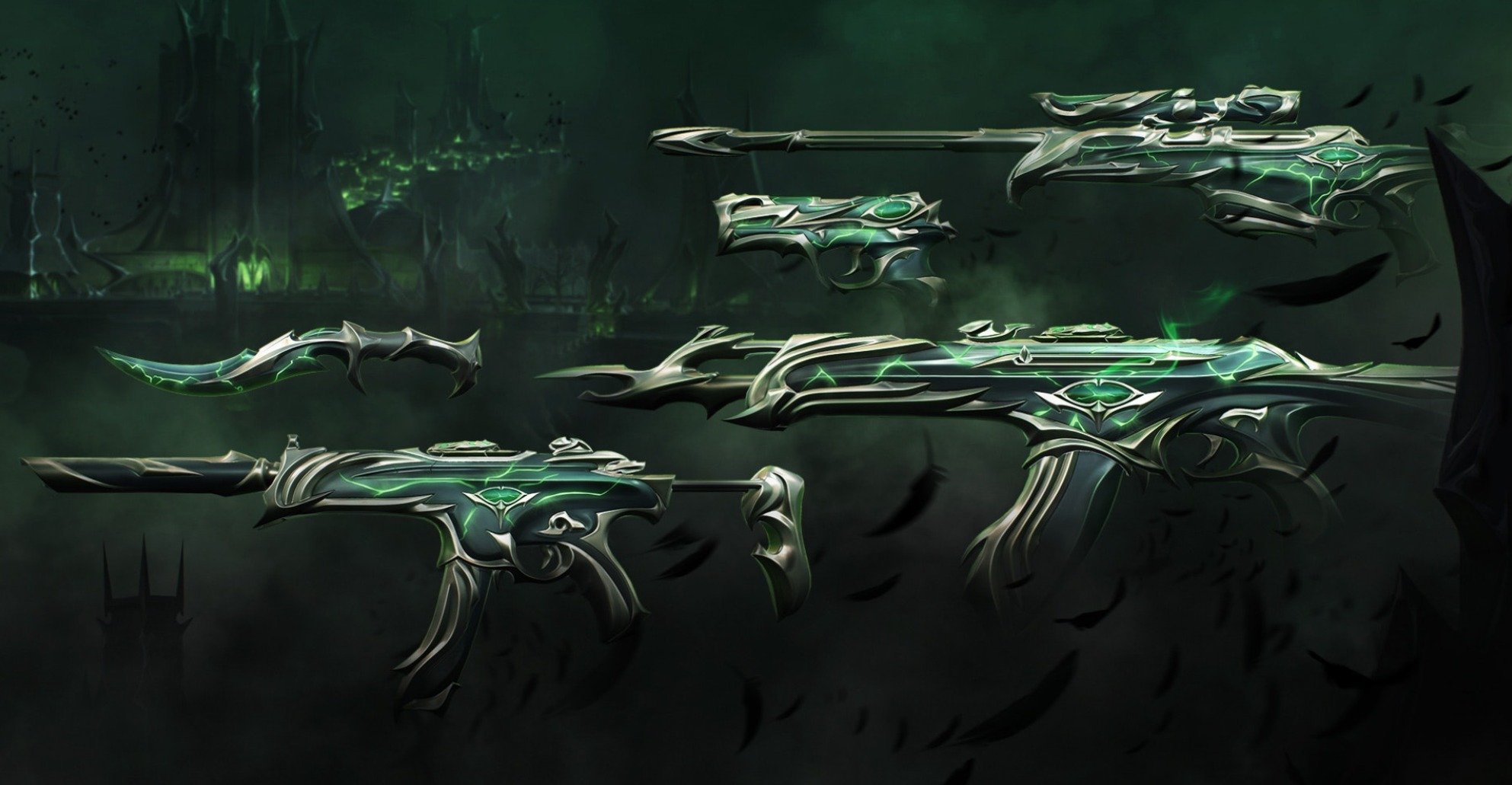 Riot Games is giving VALORANT fans a sneak peek into what happens when a soldier falls from grace.

VALORANT’s new Forsaken skin line for the Vandal, Operator, Spectre, Classic, and melee is delicately impure, the darker alter ego of the already-existing Sovereign cosmetics. While one embodies royalty and virtue, the other is corrupt, edgy, and “ultimately tragic,” according to art lead Sean Marino.

“We imagined a world where a bird-like race ruled a kingdom in the clouds, with the royal family’s guard using the Sovereign guns (instead of swords) to protect them,” Marino said. “We asked ourselves what would happen if one of those guards broke his oath, became corrupted, and was then banished.”

The Forsaken Collection ditches Sovereign’s bright hues and clean grooves for sharp edges and what seems like a corrupt force creating cracks in the exterior. But the bird theme remains throughout, prominent on the ritual blade’s hilt that features a hawk-like head.

The new skin line falls into the Premium Edition price tier, running 7,100 VP for the entire bundle that also includes a player card, spray, and gun buddy. Players who want to snag the skins individually will likely have to pay 1,775 VP per gun and even more for the melee. But you do get a number of animations when you upgrade a weapon with Radianite Points, including a custom ADS reticle, muzzle flash, fire audio, a swirly gem effect, and VFX, reload, and finisher animations.

When selecting which weapons to choose for the Forsaken Collection, the devs went with “inverses” or “more aggressive” versions of the guns in the Sovereign bundle.

“The thought here was that as a Sovereign soldier transforms into a Forsaken, his weapon would follow his fate, warping its holy light into darkness and becoming a new weapon,” senior producer Preeti Khanolkar said. “So while the Marshal becomes the Operator, it still retains many similarities to the original weapon, like the swirling gem effects, the magical lines (which are now cracked), and for audio uses the same instruments in a Minor key to convey a sorrowful version of Sovereign.”

The Forsaken Collection will hit the VALORANT Store on April 27, along with new map Breeze and a fresh battle pass.