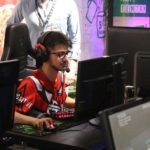 VALORANT may be the newest kid on the competitive gaming block, but it quickly became the calling of many talented veterans and newcomers around the world. Featuring a smooth and action-rich gameplay, VALORANT looks like it’ll be a significant threat to CS:GO‘s throne in the upcoming years.

Though the game was just released at the beginning of summer 2020 and there haven’t been any major offline events due to the global lockdowns, the best of the best still found a way to show how talented they are. Whether it was through online competitions or by simply performing out of their mind in ranked matches, organizations grabbed the most gifted individuals in the air to form the strongest teams heading toward the next year’s competitive cycle.

Since there haven’t been any global events where teams from all over the globe could clash, we had to use our imagination to some extent. The following list of players resulted from long brainstorming sessions, which took into the publicly available in-game statistics over at vlr.gg alongside the tournament performance of the teams who’ve managed the turn the heads of the VALORANT community.

Here are the best VALORANT players of 2020 so far.

When VALORANT launched, it suddenly became the safe haven of CS:GO pros who were done with the game. The 19-year-old Swede already had five years of experience in the CS:GO professional scene when he switched to VALORANT. He was never able to take off in CS:GO, however, due to a VAC ban he had on his account, which prevented him from joining major tournaments.

While the origins of his ban are unknown since he wasn’t served during an event or on a professional platform, most fans believe that he received his VAC ban around a time when he was 13. Sayf seems committed to making up for his young mistakes that prevented him from advancing in the ranks of CS:GO, and his overall performance to this date is a solid statement of that.

With a kill/death (KD) ratio of 1.29 and a headshot (HS) rate of 27 percent, not many of Sayf’s enemies live to tell the tale. Even if he doesn’t get the kill, he leaves his opponents wishing they were taken down with an average score of 162.3 damage per round.

If you were to ask any CS:GO fans about how ShahZaM was as a player, most would reply with a simple “decent.” Decent looks like an understatement to describe ShahZaM’s performance in VALORANT, though, since he’s been performing out of his mind ever since he made the switch to VALORANT.

Shahzeb “ShahZaM” Khan is the in-game leader for the Sentinels VALORANT team. See the gear ShahZaM used to compete at the highest level.

His KD ratio of 1.27 and 21 percent HS rate may look average compared to the best of the best, but it’s ShahZaM’s clutch success rate of a whopping 47 percent that separates him from the crowd. This statistic mean that Sentinel’s veteran star comes out on top in almost half of the clutch in-game scenarios he’s a part of. This clutch ratio includes nearly all kinds of moments you’d consider as clutch, and ShahZaM’s rate means that no team can ever feel safe when going up against him.

G2’s currently the No. 1 team in VALORANT based on total earnings. Their local dominance in Europe is the end result of careful roster engineering and mixing young, promising talent with the right veterans.

Mixwell is only the third-oldest player in the G2 squad, at the age of 24, and he’s one of the most stable players both in his team and in VALORANT. While shiny plays and star players are always vital to a team’s success, real progress can only be achieved through stability.

Coming with a KD ratio of 1.29 and 22 HS percentage, the captain of G2 rocks a 0.87 kill participation rate (KPR), meaning giving out tactics doesn’t slow him down at the slightest.

While G2 are too busy sweeping the European region, there’s a clash between two formidable forces in the west. TSM and Sentinels have been going at it to prove which one of them is the best of what NA has to offer, and TSM seems one step ahead for the time being.

Drone came into VALORANT with a respectable CS:GO career under his belt. Playing for teams like Splyce and Envy allowed him to grow a lot faster as a player and his fiery start to VALORANT shows that he’s ready to show what he’s capable of.

Though being in a team with some of the best aimers in the world makes it slightly harder to secure kills, Drone puts on a show with his KD ratio of 1.31 and HS percentage of 31. Considering landing a headshot instantly deletes enemies off the map, you won’t have a chance to react one-third of the time against Drone.

Though it’s hard to compare teams on a global scale based on their local performance, the current results of Absolute JUPITER make it seem like we may have a tough competitor emerging from the Japanese region. JUP is currently one of the best teams in VALORANT based on earnings, and their players have stats to back up their claims.

Takej has been a vital part of their success with an impressive 1.35 KD ratio that’s combined with a 29 percent HS rate. If he’s not racking up the kills, he’ll still be there to assist his teams with a kill participation rate of 89 percent. This isn’t takej’s first rodeo either since the player has been an active part of the Japanese CS:GO scene ever since its existence.

While Japanese CS:GO scene could never take off, Riot’s region-based competitive system could allow takej and his team to become a formidable contender in global tournaments.

Team Liquid may not have been able to achieve the results they’ve been aiming for so far, but it doesn’t take away anything from the promising squad it’s bolstering in its ranks.

Hosting four British ex CS:GO players and ScreaM, one of the most sensational players in CS: GO’s history, the team is just getting warmed up for the competition. ScreaM, on the other hand, has been playing like he was born ready for VALORANT.

ScreaM compliments his KD ratio of 1.22 with a 39 percent HS rate, which is close to unheard of. It’s quite hard to explain his headshot success rate since an accuracy like this could only be pulled off by robots.

If you’re a basketball fan, you could identify Wardell as a role player who comes off the bench and just casually drops 40 points to wrap up a game. He’s one of those stars that you know will do something to change the fate of the game, and he does it quite regularly.

Wardell’s has been a crucial part of TSM’s success with KD ratio of 1.6, and he always has his team’s back, which he proves with his kill participation rate of 0.96. This means that if TSM gets a kill, you’ll now that Wardell was there almost always.

Our list has been dominated by ex-CS:GO veterans with notable careers, but there’s someone who’s just starting to leave his mark on the competitive gaming world.

Zyppaan, without a clear CS:GO past in sight, is a true VALORANT prodigy at the age of 18. The young talent has been actively showcasing impressive signs of promise and skill with his 1.30 KD ratio, which he supports with a 20 percent HS rate.

His 0.91 KPR goes to show how active he’s around the map, and he’s one of the highest-ranked players when it comes to average combat score. We recommend keeping an eye on this one since he still has a lot of room to grow, and watching him in a LAN environment will be one of the deciding factors whether he’ll live up to the hype he’s created online so far.

TenZ is the fire-starter of Cloud9. He kicks off rounds, puts nails on his enemies’ coffins, and doesn’t leave a single spot on any map that he hasn’t walked on.

TenZ’s currently ranked No. 1 based on average combat score, but it isn’t the only area he thrives in. TenZ strengths his hold on the spot with a 0.22 first kills per round ratio, 1.01 KPR, and 173.1 average damage per round. With a KD of 1.40, these stats mean that TenZ is the backbone, pillar, and C9’s VALORANT squad’s heart.

While the team’s notably far off from the sensational start they were hoping for, they can slowly take over the competitive scene if the players keep their numbers and spirits up.