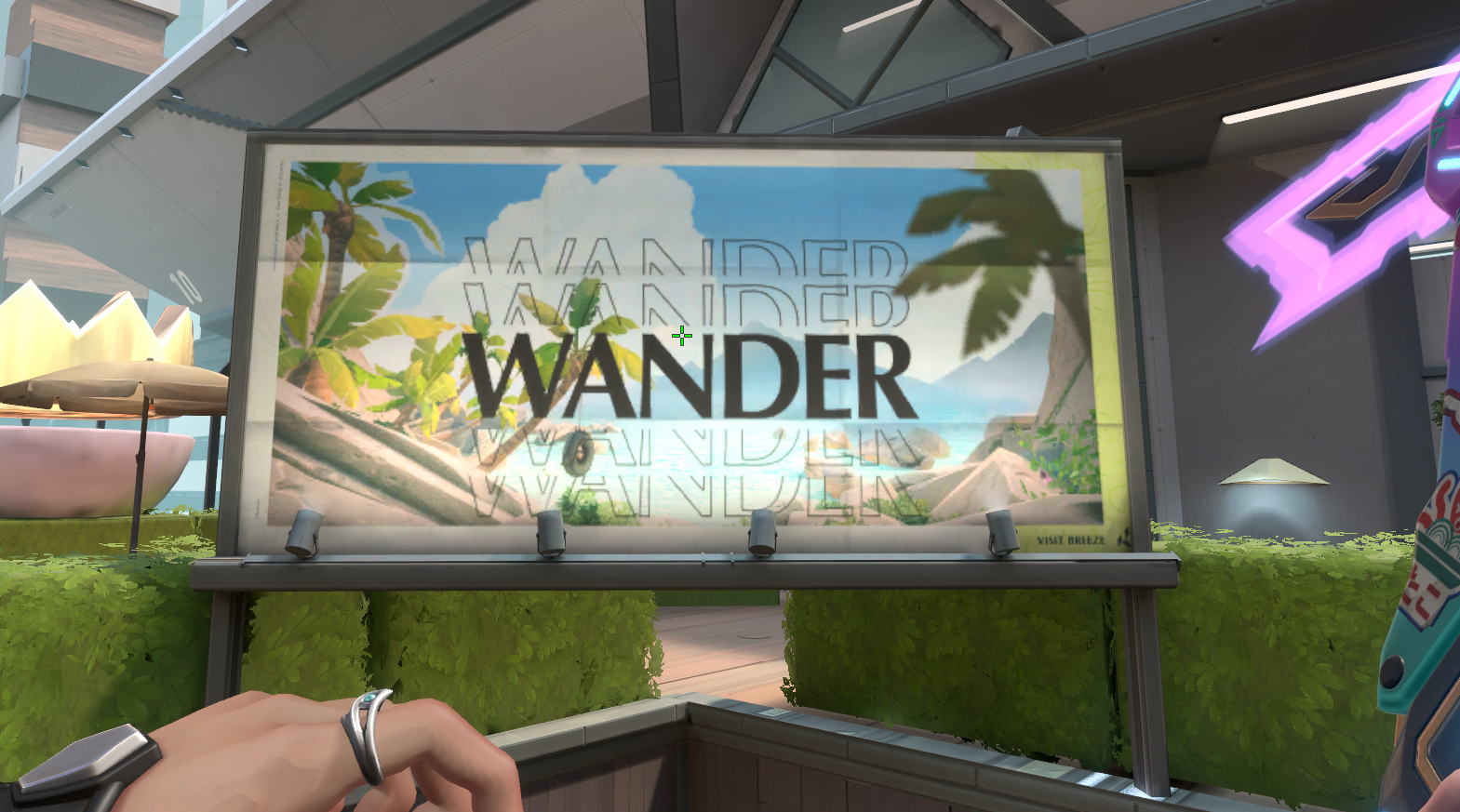 Pack your bathing suits and sunscreen, VALORANT fans. We’re going on a vacation.

With summer just around the corner, Riot Games littered VALORANT‘s maps with several posters, magazines, and flyers depicting a sunny beach scene. And the words “visit Breeze” are written on the teasers, potentially alluding to a new map.

Players can find large posters on Bind’s B Long and Split’s A Main. There’s also a flyer and magazine in Icebox’s Kitchen, a magazine in Haven’s Sewers, and likely more scattered about.

This isn’t the first sign that points to a potential new map. Data miner Valorant Express seemingly found tropical-themed loading music in the game’s files last month under the codename “Foxtrot.” Lore enthusiast Cynprel theorized that with “f” being the sixth letter of the alphabet, “Foxtrot” is likely a placeholder name for a sixth map.

Riot tends to add Easter eggs into the battle pass that hint at upcoming content. Tier 48 in this act’s pass is a Lost at Sea? player card that features a large cargo ship sailing off in the night, while the tier-23 Mango Tango gun buddy showcases the tropical fruit. Players can also earn the free Old Salt gun buddy, which is a pirate hat you can sling on a weapon of your choice.

And while devs pranked the community on April Fools’ Day with a phony “Agents of Romance” dating simulator, Cypher’s image did feature a sunny island in the background.

Riot has yet to confirm any of this information. If a new tropical map is slated to debut soon, it’ll likely come when Episode Two, Act Two ends in 13 days.