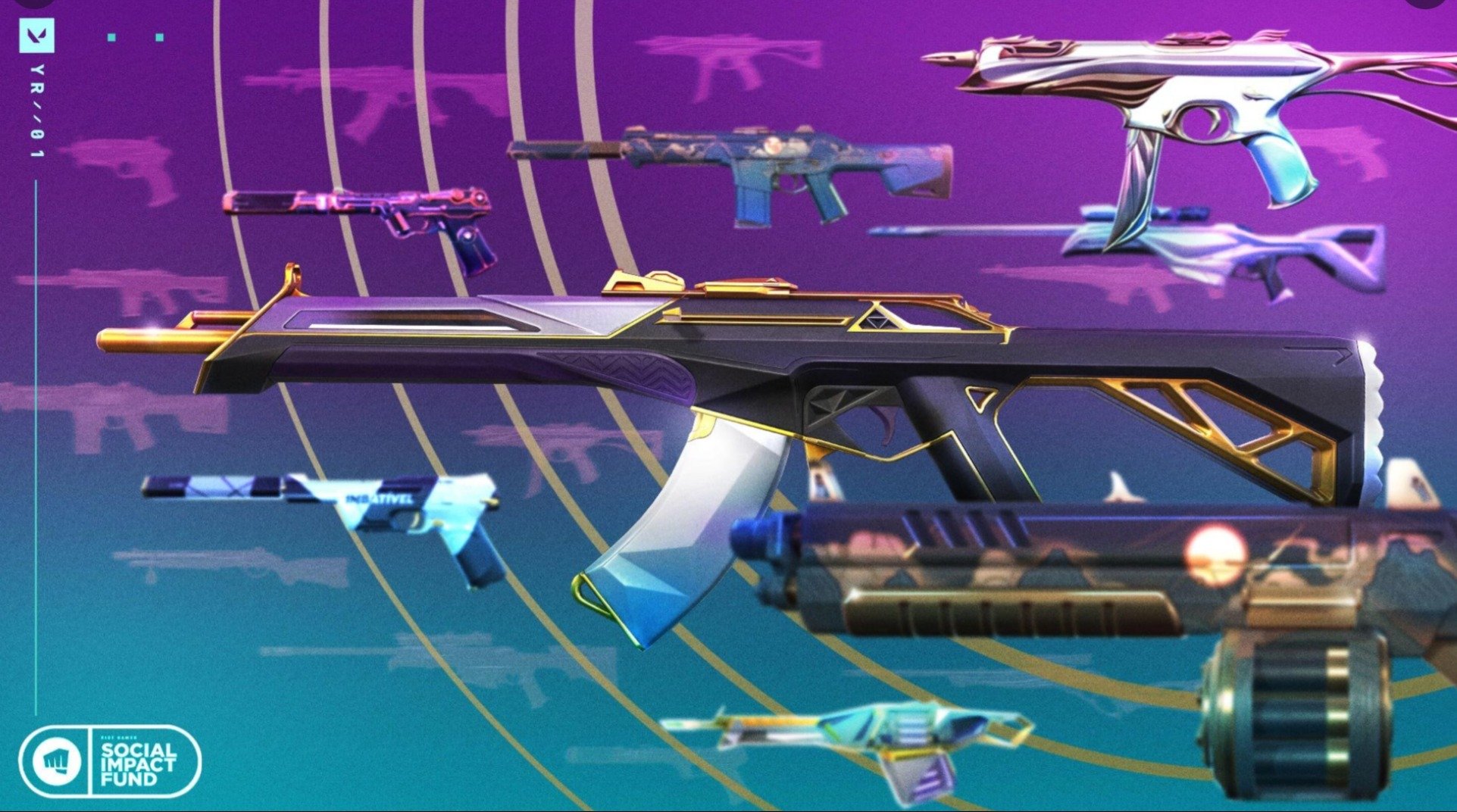 Riot is giving VALORANT players a chance to give back and pick up some highly sought-after weapon skins again with the return of the Give Back Bundle initiative for 2022.

Voting has officially opened for the Give Back // 2022 Bundle, giving players four different choices to make regarding the skins they want to see included in the bundle. The bundles will include the four skins plus a collection of accessories, and 50 percent of the proceeds from weapon skins and 100 percent from accessories will go toward the Riot Games Social Impact Fund.

Players can vote directly on the VALORANT Twitter page. The four choices they have to make are between:

This will be Riot’s second Give Back Bundle for VALORANT, having released one in the summer of 2021 that featured the Reaver Sheriff, Ion Operator, VALORANT GO! Vol. 1 Spectre, and the Reaver Vandal. That bundle raised over $5.5 million for the Riot Games Social Impact Fund, according to Riot.

The Riot Social Impact Fund launched in 2019 and has raised millions for 400 unique organizations from 25 countries and distributed over $23 million in grants, focusing on the pillars of education, citizenship, and opportunity.