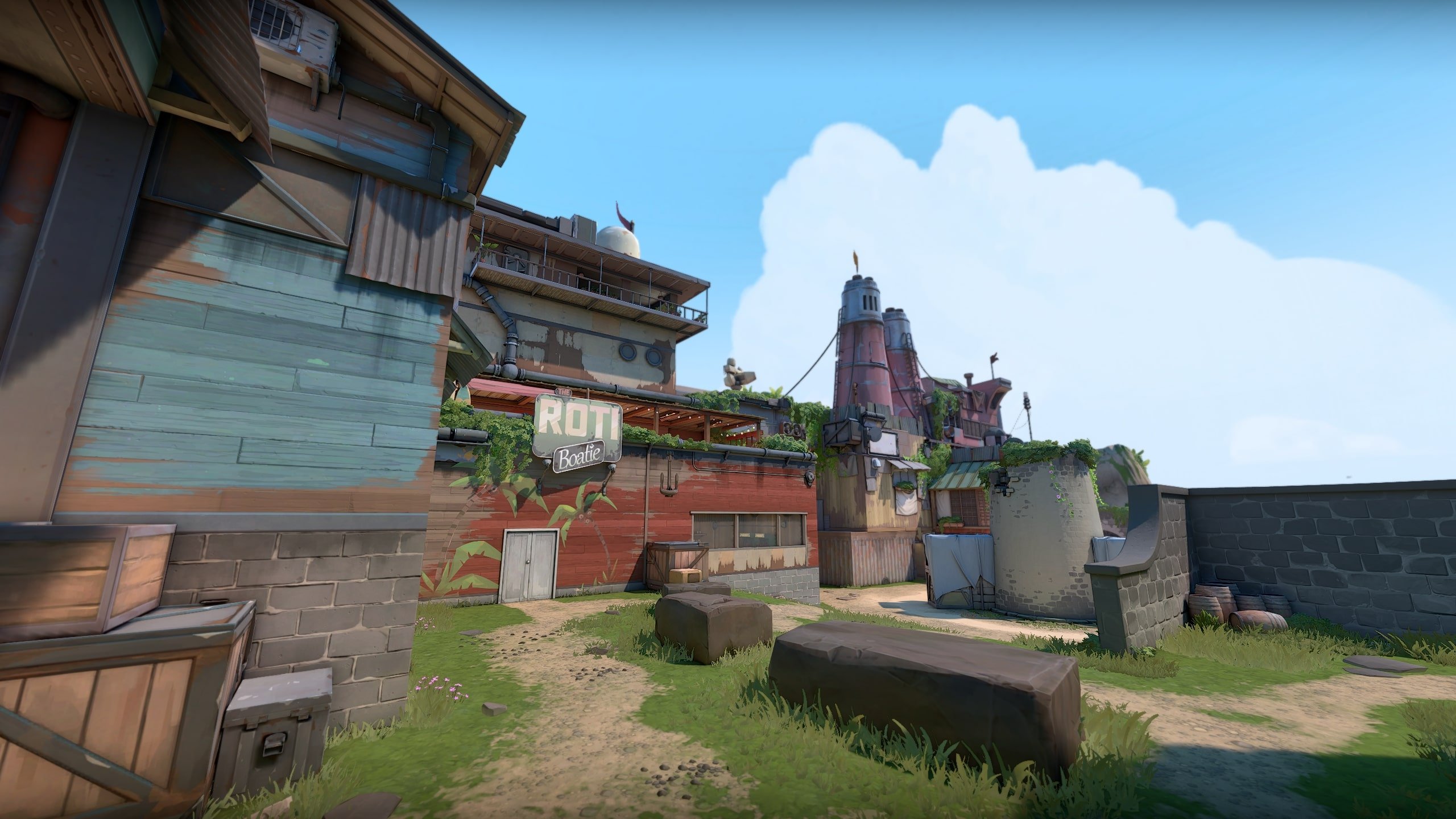 VALORANT Patch 2.11 is now live. And while there aren’t sweeping changes in the update, Riot did throw in some in-game teasers.

Episode Three is less than two weeks away and should include some major balance adjustments to agents like Breach, Skye, Yoru, and Astra. But a mysterious agent will also make their debut. While the devs have offered little information on the matter, lore enthusiasts and data miners scoured Breeze to discover numerous in-game teasers that went live with today’s patch.

Lore enthusiast Disturbo put together a list of Breeze teasers that seemingly hint at the new agent. The devs made several subtle changes to the tropical map’s A site, including a knife that appears to have shot out of a teleporter and landed on a Radianite crate. The crate is sparking where the knife hit it, potentially teasing one of the agent’s abilities.

In a recent State of the Agents blog post, character producer John Goscicki provided cryptic hints on the new agent.

“This time around we are throwing in some abilities that should feel familiar to folks who’ve played traditional FPS games their whole lives, but with added elements that will make those recognizable abilities unique within our roster,” he said. “This is an Agent who’s utility can create moments where you must rely on your gunplay.”

Goscicki continued to write an odd jumble of letters before claiming his “keyboard just stopped working.”

Fans assume that the agent will be able to stop enemies from using their abilities, forcing them to focus on gunplay only. The knife protruding from the Radianite crate might be that ability, which would silence an opponent that’s hit by the blade.

The screen on Breeze’s A site has also gone through several iterations since the map was released. While it was initially off, it switched to say “sequence initiated,” changed to “target locked,” and now reads “arrival imminent.” With the Episode Three patch right around the corner, this likely hints at the new agent’s arrival.

While it’s unclear what the correlation is between the agent and teleporters, several teasers bridge the two together. The most obvious one would be the Breeze teleporter gradually becoming more active, especially with the knife being shot through it. But the tier-48 Reboot player card from this act’s battle pass shows a teleporter with an odd sign on it, and the same sign made an appearance in an image from the State of the Agents blog post.

It’s possible that there will be nothing in the new agent’s ability kit that uses teleporters. Riot devs could simply be expanding on VALORANT’s lore, especially after the DUALITY cinematic was released last month.