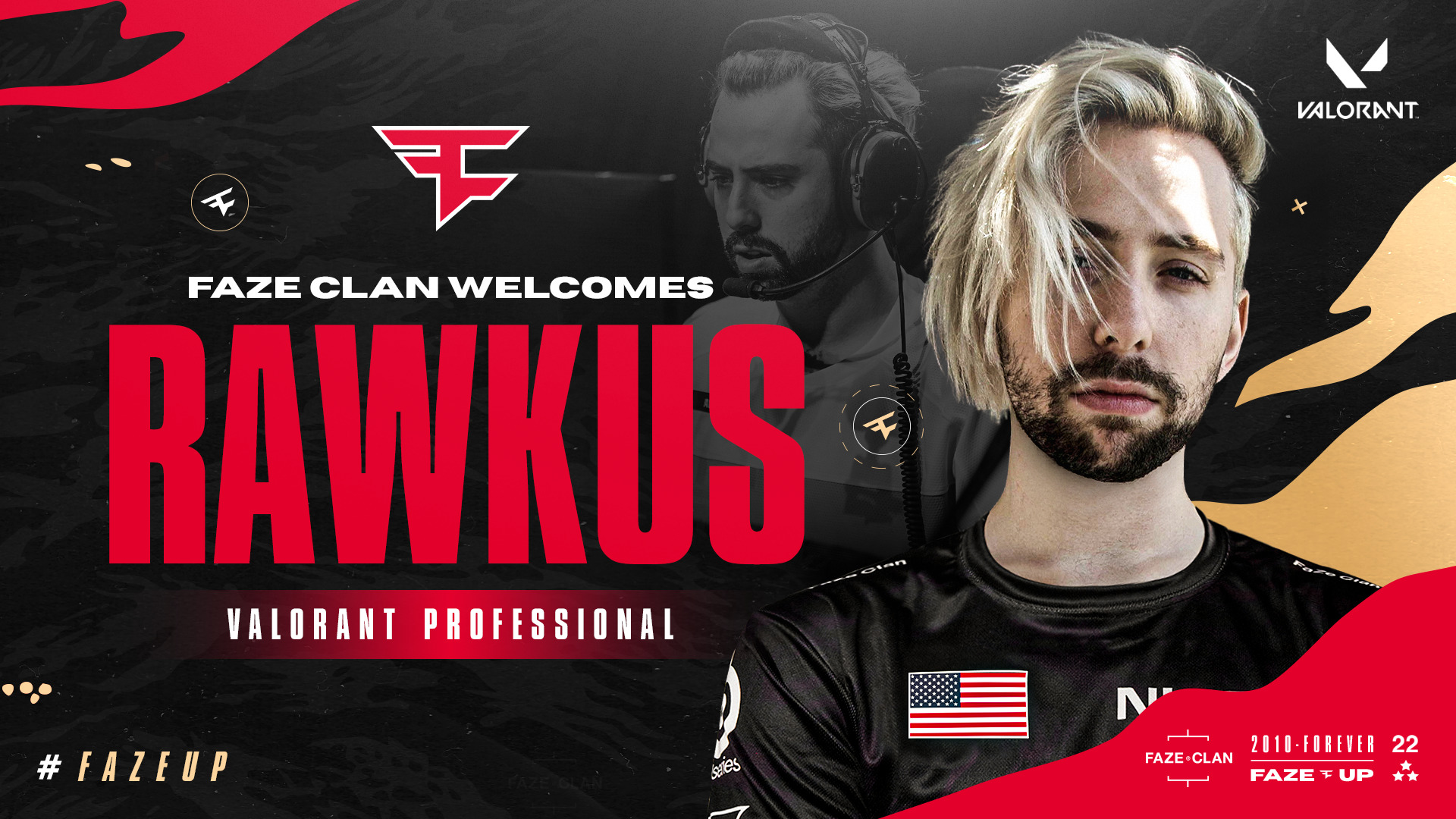 Rawkus is the latest in line in what’s felt like a mass exodus of OWL pros who have made the switch to VALORANT. One of the first to do so, reigning OWL MVP Sinatraa, left the Overwatch scene in April shortly after VALORANT beta began.

Rawkus previously played for FaZe’s Overwatch team from 2016 to 2018. He played three OWL seasons for the Houston Outlaws before retiring from the league on Aug. 1.

The new FaZe team will makes its debut tomorrow during the FaZe Clan VALORANT Invitational. The tournament will be broadcast from Aug. 6 to 9 at 4pm CT on both the FaZe and VALORANT Twitch channels.