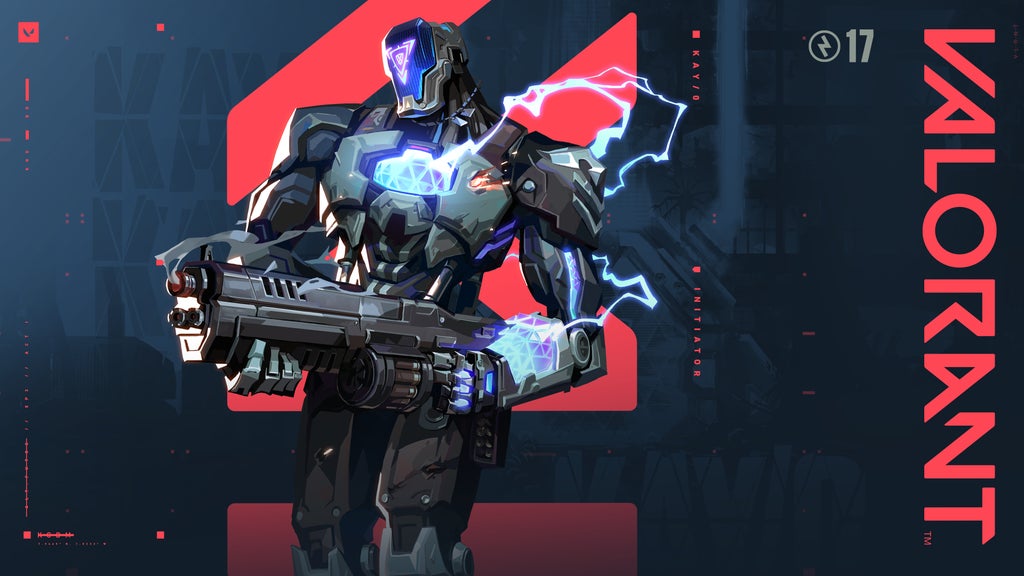 Leaked images of supposedly the next VALORANT agent, a buff robot apparently going by the name of Kay_0, have appeared online. The Reddit user who posted the images to various VALORANT subreddits alleges that they received the images via “private leaks” and “found them on a Discord server.”

The leaked images show the new robotic agent’s default wallpaper, as well as an in-game screengrab of the agent on Breeze. The in-game screengrab shows the agent with a purple, circular aura around them. Many speculate that this is one of their abilities that can disable abilities and utilities around them since it shows the Killjoy utility disabled despite her clearly still being alive.

A new robotic agent was teased less than a week prior to the appearance of these leaked images in a short segment during the Summer Game Fest. Many believe that Kay-0 ties into Killjoy from a lore standpoint since this segment aired the same day Killjoy took over VALORANT Twitter accounts and posted cryptic messages. This potential agent might also tie into the teases seen on Breeze in the latest update, such as a dagger emitting purple sparks stuck in a crate. Thrown daggers could potentially also be a part of Kay-0’s ability kit.

The current VALORANT act is set to end in just a few days, with the next episode reportedly starting on or around June 22. VALORANT fans will have to wait and see if this new Kay_0 agent will appear in-game then.