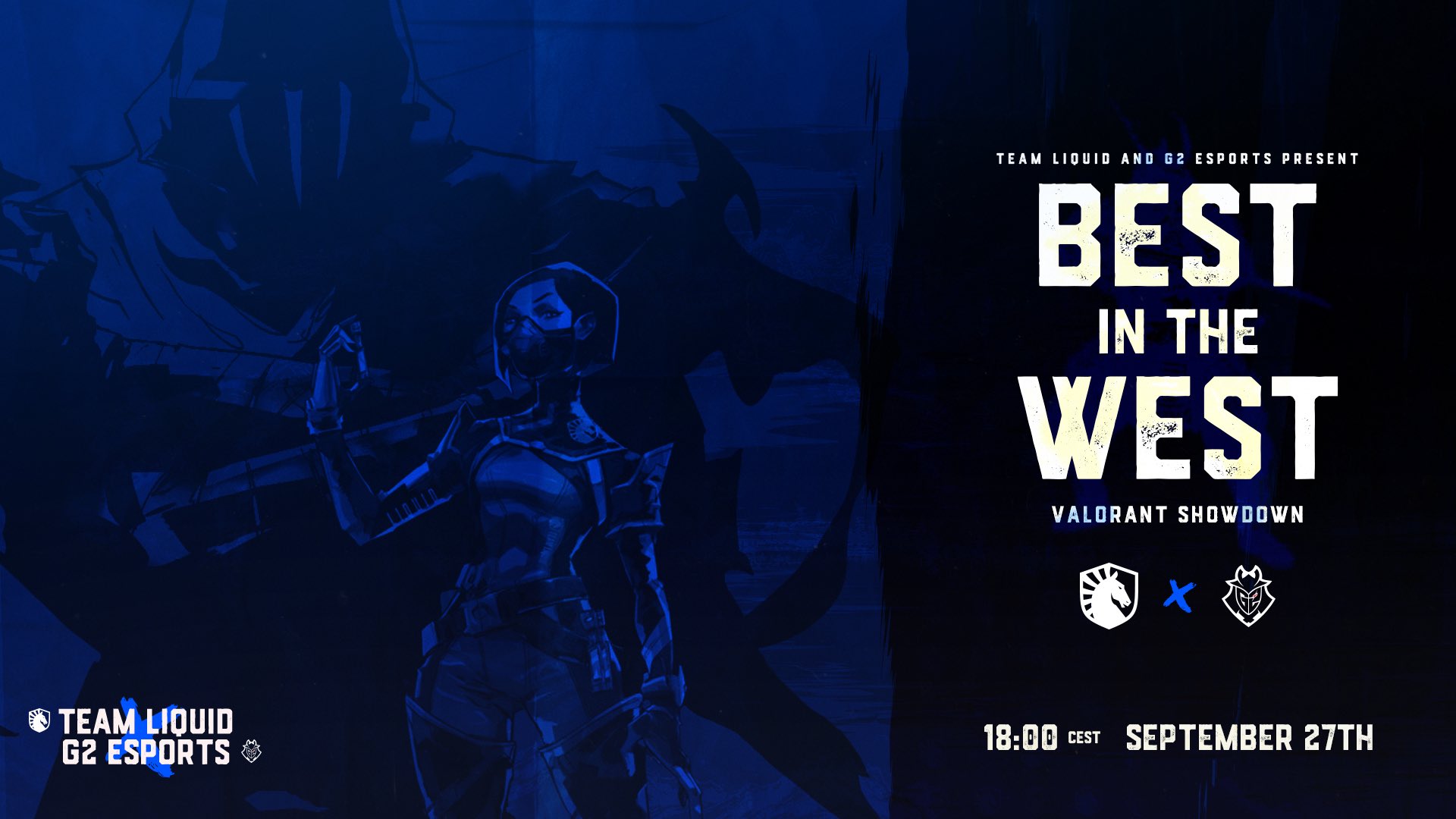 Team Liquid and G2 Esports will face off in the Best In The West VALORANT Showdown on Sunday, Sept. 27, but fans can do more than just cheer for their favorite team. Fans can vote for unique rulesets, such as max in-game sensitivity or inverted movement keys, for the second half of the match.

The Best In The West Showdown has been building for weeks. G2 Esports and Team Liquid often trade blows on social media and it was clear a showdown was needed to establish who the best team is. The two teams will face off on Sept. 27 at 11am CT, but fans can have a significant impact on the match.

G2 posted a poll where fans can vote on making the teams either play with max in-game sensitivity or inverted movement keys during the second half of the match. Both of these options make playing VALORANT incredibly tricky, especially when playing against some of the best players in the world.

Liquid also opened a poll to determine if teams will not be able to use ultimate abilities or if the players will have to walk around as a group of five each time a bomb explodes. The spike explodes relatively often in VALORANT, so teams would experience a crowded bare-bones experience multiple times if that option wins. Fans will also be able to vote on which map the two teams play during the best-of-three series, so keep an eye out for the poll this weekend.

The Best In The West Showdown will be a fun experience for the teams and fans and will finally determine which team is superior. You can watch the event on the official Aim Lab Twitch Channel.