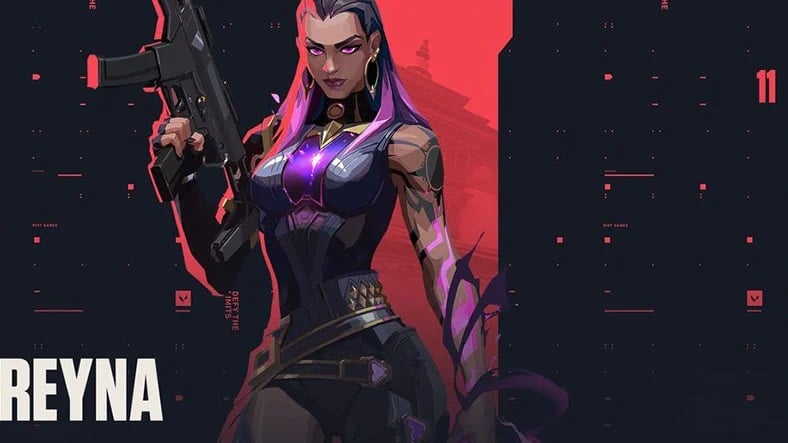 VALORANT’s closed beta ended on April 28, leaving fans on the edge of their seats. The game’s beta period was a huge success considering it drew in three million daily users and broke records on Twitch in its first week.

This doesn’t mean that Riot Games will be taking things slowly from now on, however. The developer will fully release the game on June 2. It recently teased VALORANT’s newest agent, Reyna, in a short clip that looks to take place on a new map.

Lore wise, Reyna originates from Mexico and her name means “Queen” in Spanish. She looks to have a rather blood-thirsty personality, according to the teaser. She can be heard saying “They will suffer” and “Give me your heart” while collecting the purple Soul Orbs that her enemies drop after dying. 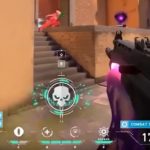 Though fans were able to get a glimpse of Reyna’s abilities in the teaser, Riot didn’t reveal any of the abilities’ names or their descriptions. A report shared by Riot’s Spanish brand manager shed some light onto the agent’s kit, however.

Passive: Reyna’s passive ability causes the enemies she kills to drop Soul Orbs. Reyna can collect these orbs with her Q or E ability.

E: Reyna’s E ability also lets her pick up orbs that her enemies drop and grants her invulnerability for a short period. Her Q and E abilities seem to be related, which gives her an option to use the orbs for either regeneration or to temporarily become invulnerable to damage.

C: Upon activation, Reyna casts a purple orb that blinds enemies within its range. It doesn’t work as a classic flash bomb, however, since enemies can see the orb and destroy it while they’re blinded. Reyna also doesn’t get affected by the orb which makes it a great tool for rushing bombsites.

Ultimate Ability (Empress): The ultimate ability increases the firing rate while decreasing the reloading speed, and recoil of Reyna. It gets refreshed with each elimination and also reduces her other spells’ cooldowns, enabling her to push objectives in a hyper-aggressive manner.

Which does class Reyna belong to?

Her abilities are clear indicators of her being an aggressive agent. Ryan “Morello” Scott, the lead character designer of VALORANT, also confirmed that she would be a duelist.

Two of her abilities require Soul Orbs that only drop from the enemies she kills herself. The orbs only last for a few seconds and this makes Reyna vulnerable since she’ll want to make a play to collect the orbs to activate her abilities.

Her heal can also overheal her up to 50 shields, giving her a chance to pop-off unlike any other agent in the game since she’ll be at almost full HP in every duel she’ll get into.

If she doesn’t get the kills she needs to become online, however, she may end up having no impact since her entire kit relies on doing so, and she only has one utility ability which can be countered quite easily. Picking Reyna looks to be a huge gamble for now if you don’t trust your aim or don’t have a decent supporting cast of teammates who will enable you.