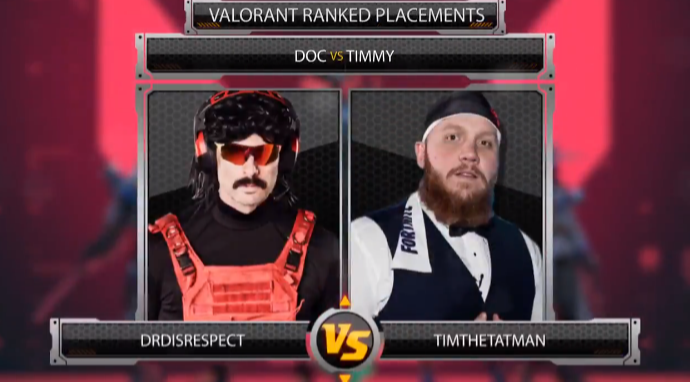 Get ready for one of the biggest showdowns in VALORANT history.

Twitch stars Dr Disrespect and TimTheTatman will face each other tomorrow in a VALORANT Placements Challenge, the Doc announced today. While there’s definitely glory and bragging rights on the line, the loser also has to gift 100 subs to the victor.

And in true Dr Disrespect fashion, the streamer posted an accompanying video that pokes fun at his opponent. The clip shows an unfortunate moment from one of Tim’s games that resulted in a death and a bit of rage.

While the competition will be exciting to watch, the Doc doesn’t appear to be too big of a VALORANT fan. The streamer has said on numerous occasions that viewing VALORANT “doesn’t interest” him at all and he wonders why people are still watching the game.

Fans who want to root for Dr Disrespect or TimTheTatman can tune in to their respective Twitch channels.