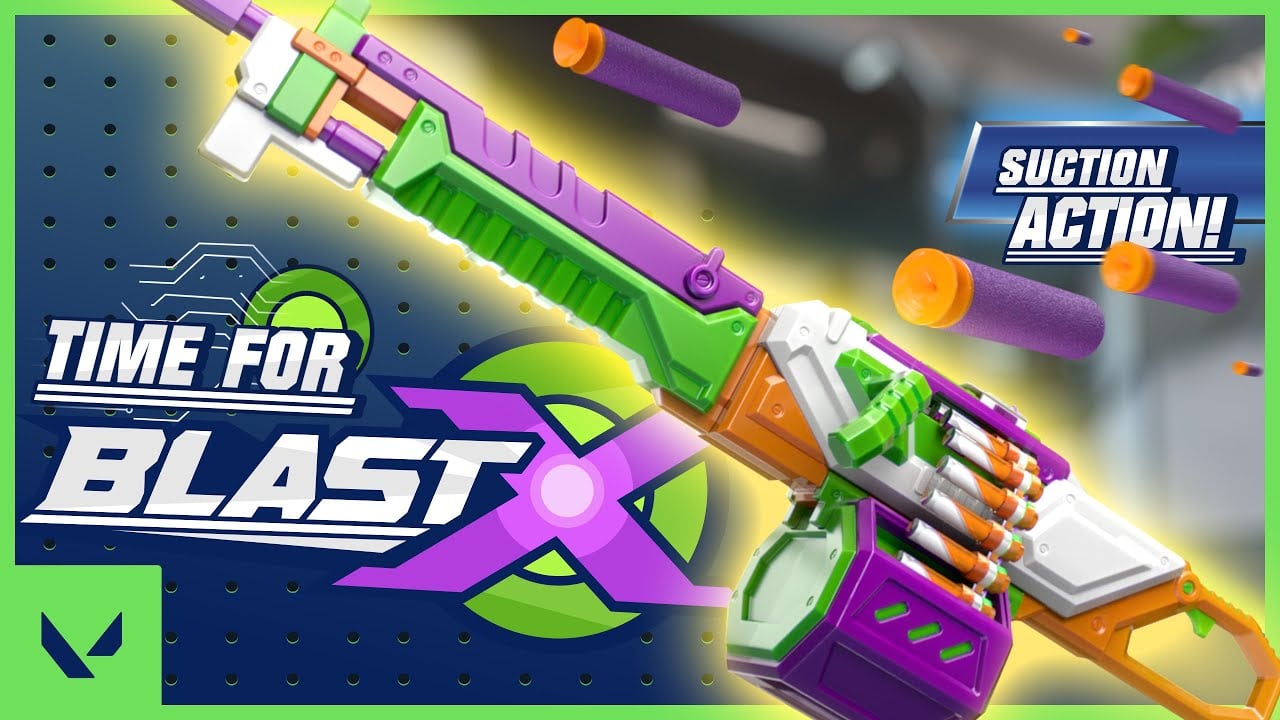 VALORANT players can now customize their guns with the new BlastX weapon skin line, which adds a colorful spin on the included weapons. The reveal trailer released today is designed as an old TV commercial and players can relive their childhood memories with the new skins.

The BlastX skin line adds new cosmetics for the Odin, Spectre, Phantom, and Frenzy. Each weapon has the same purple, green, and orange color scheme and they’re reminiscent of toy guns. The skin line also adds a new knife skin that looks like a toy but will still deliver massive damage.

The weapons fire suction darts instead of bullets and the suction darts will stick to walls when fired. The finisher animation for the skins wrap enemies in a present, which is perfect for the holiday season but will be satisfying throughout the year.

The new skins were recently leaked and many players compared the color scheme to popular Toy Story character Buzz Lightyear. It’s unlikely that Buzz will make an appearance in VALORANT, but fans can still hope.

VALORANT has had dozens of skins released throughout the year and almost every player can find a weapon skin that matches their aesthetic. Some weapon skins have intricate designs that almost transform the gun entirely, while others are more subdued but still add interesting graphics or design. The BlastX skin line is one of the more playful options that still adds new skins without being too dramatic or serious.

The BlastX skin line is now available in the in-game store, but some players will have to wait for their store to refresh before the new items appear