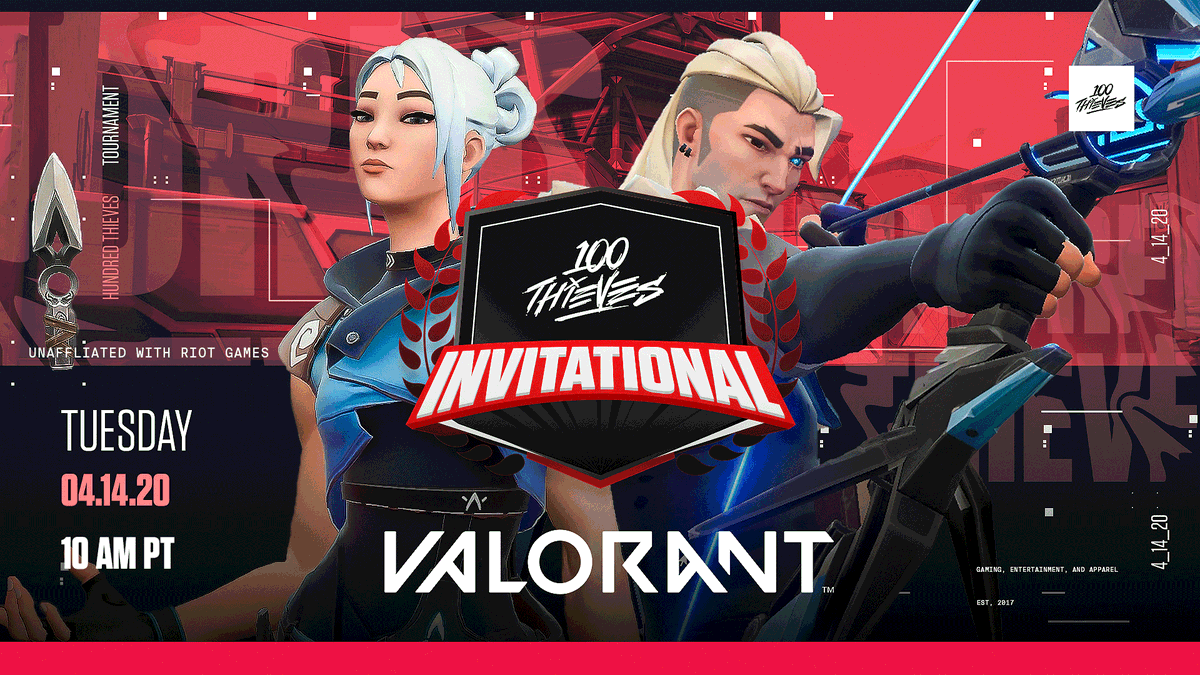 One week after the release of the VALORANT closed beta, 100 Thieves will host a content creator tournament.

100 Thieves announced on Twitter it would hold an eight-team invitational with some of the “biggest creators in the world” as the teams’ captains on April 14. The organization encouraged fans to tag the creators they’d like to see participate. The graphic 100 Thieves tweeted indicated the tournament would begin at approximately 12pm CT on April 14.

VALORANT’s wildly-popular closed beta began on April 7. Millions watched streamers playing the game on Twitch and thousands are still waiting to get access to the beta.

Riot Games has been fairly tight-lipped about the game’s esports scene, although executive producer Anna Donlon and game director Joe Ziegler have said they’d prefer the competitive side of the game to be “a little more grassroots.”

100 Thieves, in addition to fielding teams in multiple esports scenes, has hosted a few events before, with the most recent example being a $100,000 Warzone From Home tournament in March.

The upcoming invitational’s ruleset and prize pool were not revealed during the initial announcement.