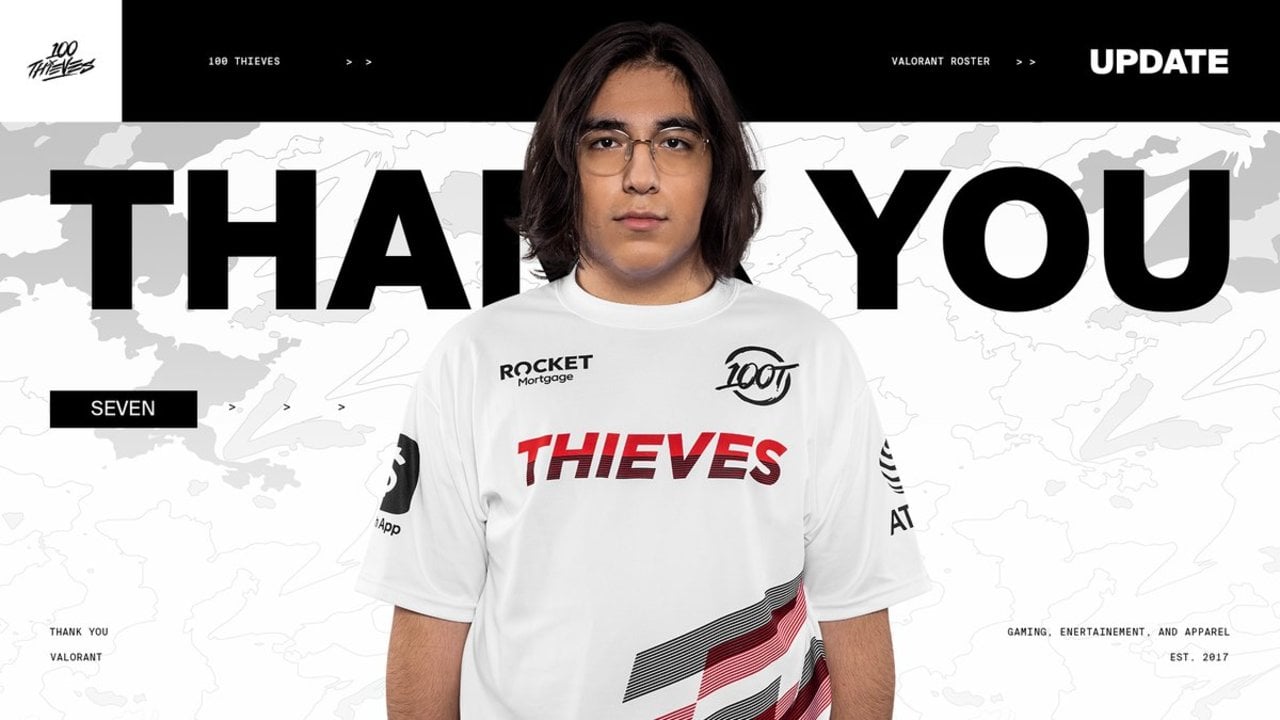 100 Thieves has parted ways with substitute VALORANT player Johann “seven” Hernandez ahead of the 2022 VCT season.

The org has been making an onslaught of changes to its VALORANT team following the squad’s unsuccessful run through the VCT Last Chance qualifiers. Though, some expected seven to be a strong candidate to move up to a starting role in 100 Thieves.

The 16-year-old initially joined 100 Thieves as a substitute player following the team’s third/fourth-place finish at VCT Masters Berlin. Throughout his three-month stint with 100 Thieves, seven served as the sixth man, learning under the veteran leaders in the squad.

In response to the announcement, seven thanked 100 Thieves for the opportunity before hinting that his next destination would be made clear in the near future.

Rumors have linked Seven as a possible candidate to join Luminosity Gaming after the org announced that star player Diondre “YaBoiDre” Bond would be exploring options ahead of 2022, as he continued negotiations with LG.

It’s uncertain if the trial was successful or not. All that is known is seven has likely found a starting spot on a new lineup, and whoever it is could mark the start of a promising career.

As for 100 Thieves, the org has been linked to rumors that it has acquired former Team Liquid in-game leader Adam “ec1s” Eccles to replace former IGL Nicholas “Nitr0” Cannella, who has been highly speculated to rejoin Team Liquid’s Counter-Strike team.

He will be joined by the pre-existing 100 Thieves trio of Spencer “Hiko” Martin, Ethan Arnold, and Peter “Asuna” Mazuryk. The team’s fifth and final player is currently unknown.

The first stage of the 2022 VCT circuit is set to begin on Feb. 11. Teams subdivided by region will compete through a series of qualifiers with the hopes of reaching the next VCT Masters tournament sometime in April 2022.

The circuit will culminate in VCT Champions in September.