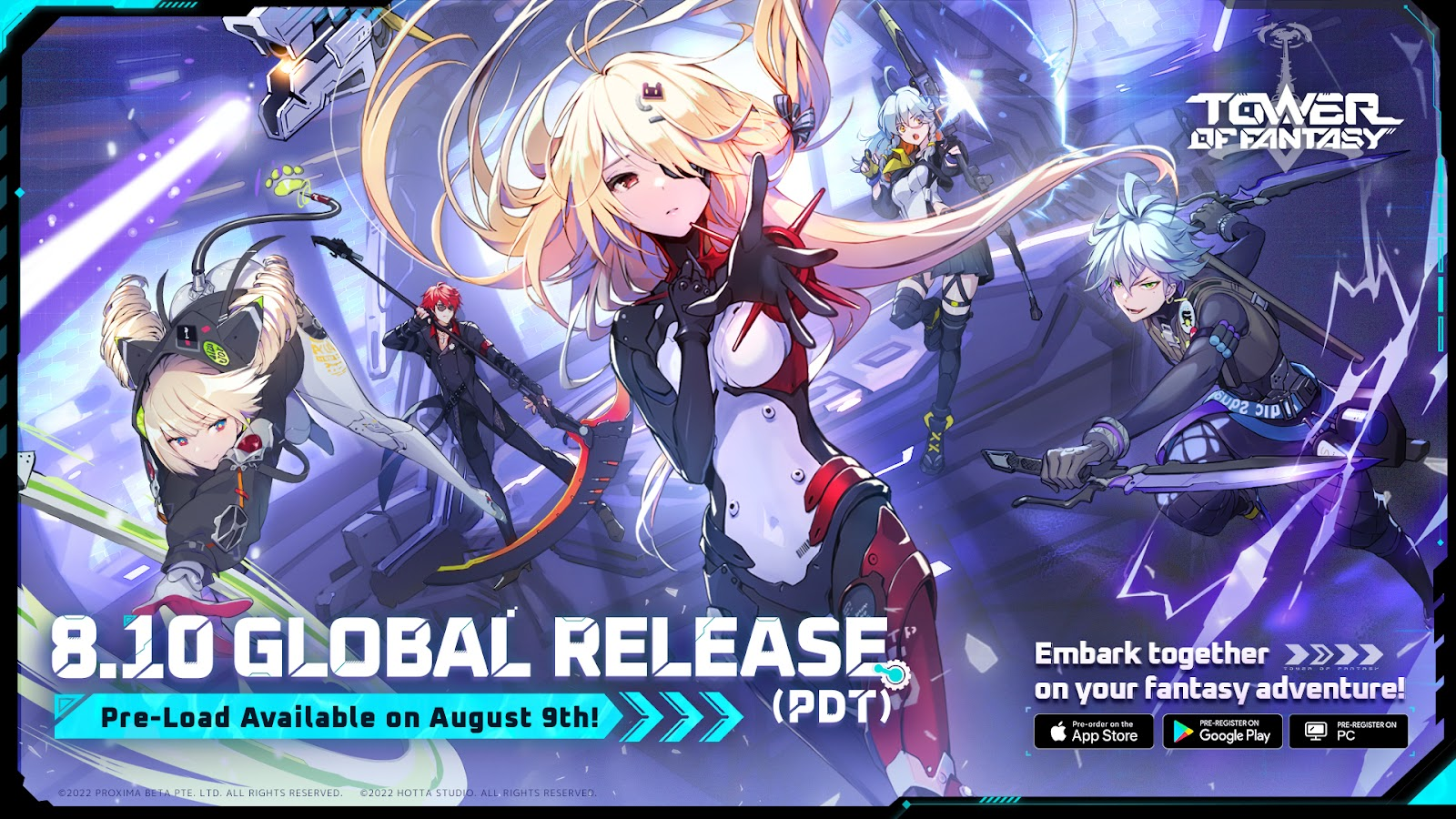 Tower of Fantasy, an open-world RPG in development by Hotta Studio and publisher Level Infinite, will launch worldwide for PC, iOS, and Android devices on Aug. 10 at 7pm CT.

The game is set hundreds of years in the future and follows a post-apocalypse script. Humanity scaped Earth, which was collapsing, and moves to a distant planet called Aida where the action in Tower of Fantasy takes place.

Tower of Fantasy is already a “hit” in China, according to the developers, and soon gamers from all over the world will get to join the action. The global release comes after two closed-beta tests in which players gave positive feedback on the game’s “in-depth character customization tool, exciting weapon-based action, shared open-world exploration with friends, and compelling narrative.”

More than three million players have already signed up for Tower of Fantasy via the game’s official website, according to a press release. Those interested in pre-loading the open-world RPG can do so on Aug. 9.