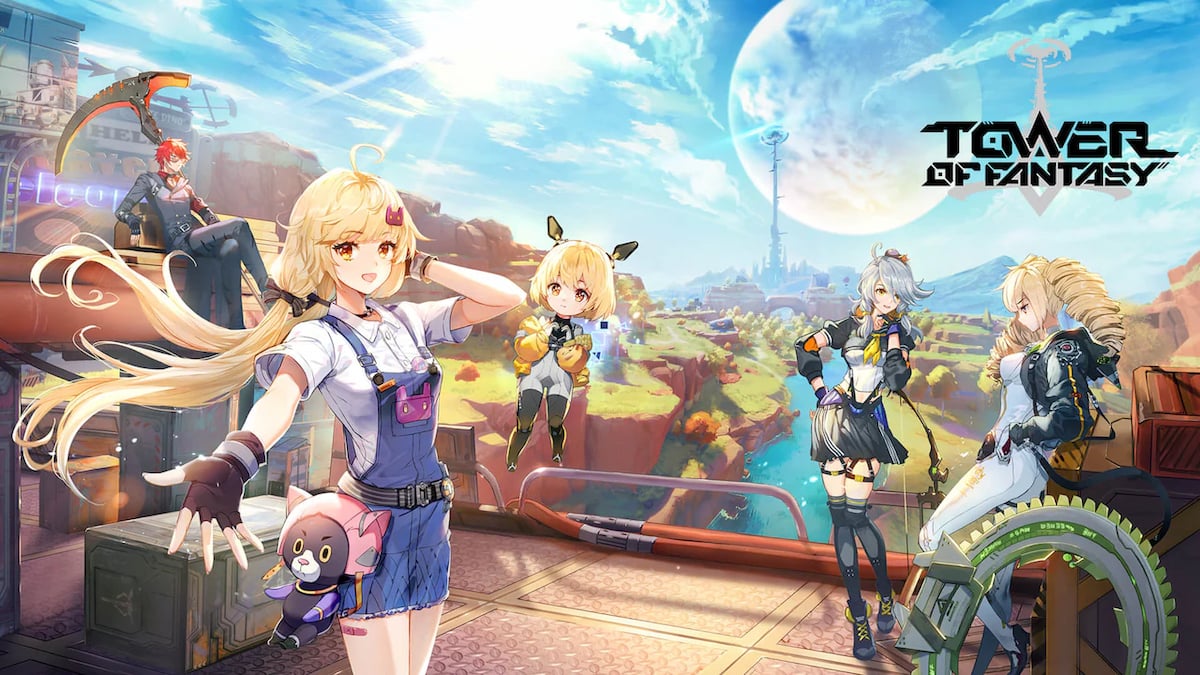 Tower of Fantasy has just been released amid massive hype and fanfare, with good reason. The game is already meeting player expectations and has been described by many as being objectively different from Genshin Impact, which was one of the developer’s initial concerns. With these positive updates from gamers everywhere, a lot of players have been progressing through the game at a rapid rate.

For those of you who decided to play the game at your own pace and savor the gaming experience, there might be a few questions that you need to be answered. One of them would be regarding the game’s colorful Nucleus system tied to Tower of Fantasy‘s gacha mechanics.

The game has three different Nuclei which can be used to summon characters and weapons.

The Gold Nucleus is tied to weapons and can be used to acquire various rare weapons with each pull. The Black Nucleus allows you to roll characters on the Prosperity of Ida banner. The Red Nucleus, however, is special and is used for limited-time events. In this case, we are talking about the Rebirth of Clemency limited-time event.

So how does one acquire Red Nucleus? There are a few ways to do so.

How to Get Red Nucleus in Tower of Fantasy

When you open the Special Orders menu, you gain access to Tower of Fantasy‘s gacha system. This is where you can use all of the Gold, Black, and Red Nuclei that you acquire. While the Gold and Black Nuclei are easy to acquire, the Red Nucleus is considerably rarer to come by. There are a few confirmed ways to acquire Red Nucleus.

The simplest straightforward way is to acquire it from the shop by buying it for 150 Dark Crystals. Dark Crystals are a form of currency in the game that can be acquired through exploration and completing quests, apart from buying them through the in-game store. These Dark Crystals are found in abundance throughout your playthrough, so there is no need to worry if you feel like you’ve used your early supply on something insignificant.

Another way of acquiring Red Nucleus is by purchasing the Banges Daily Supply Box for 180 Tanium. Tanium is also a form of currency that can only be acquired through a special store. It can be acquired by purchasing from the special store using real-world currency. You can also use real-world currency to purchase the limited Red Nucleus Gift Packs that can be purchased using Tanium.

If you would prefer not to spend to gain Red Nucleus, we recommend grinding Dark Crystals using the limited-time events, clearing waypoints, and hitting achievements. If you prefer going through the cash shop, using Tanium is the way to go through the Daily Supply Box.

How to use Red Nucleus in Tower of Fantasy

After acquiring your share of Red Nucleus, select the Rebirth of Clemency option from the Special Orders tab. You can choose to use one order to gain a random reward or save up to 10 Red Nuclei to gain a guaranteed SR/SSR drop. In addition to this, using a total of 80 Red Nuclei will also give you a guaranteed SSR weapon.