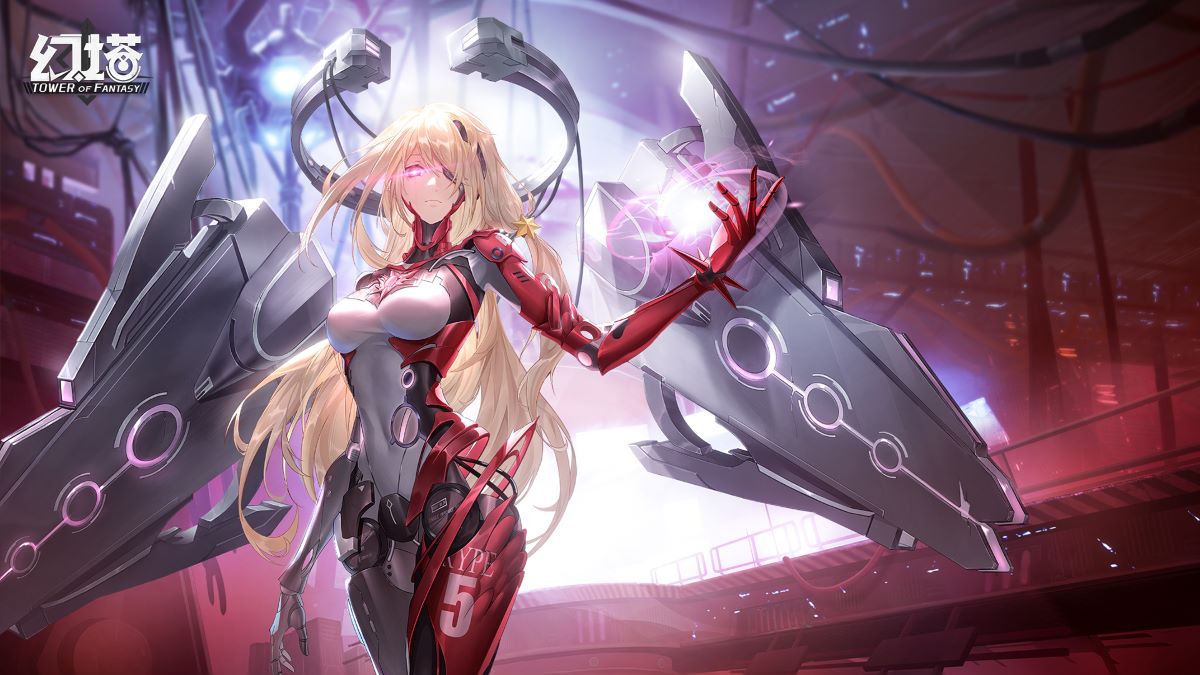 Tower of Fantasy, the free-to-play open-world MMORPG by Perfect World’s Hotta Studio, burst onto the gaming scene when it launched globally for mobile and PC. Here, players get a chance to explore Aida’s vast open world by using the game’s characters, known as Simulacra.

So far, there are 17 Simulacra weapons available in Tower of Fantasy. Four are non-Simulacra weapons, meaning they do not have an AI persona counterpart, making 21 playable weapons in the game. Of course, these weapons vary in terms of skills, and some may stand out above the rest when it comes to their performance during combat.

Here is our Tower of Fantasy weapons tier list for September 2022.

One of the newest additions to the game, Frigg made her debut in Tower of Fantasy in September with the Angel’s Guidance limited-time banner. And being a banner character already means something, whether it’s the character’s significance to the story or the abilities it can bring to the current meta. Luckily, both of these are being seen on Frigg, and she is currently one of the best offensive options in the game.

Frigg is the game’s character that possesses the Frost resonance, meaning it can grant a major boost in terms of damage to one or more Frost-type weapons on your team. Using weapons like Meryl/Rosy Edge (Shieldbreaker) and Tsubasa/Icewind Arrow alongside Frigg can be dangerous, and this could be what is considered the top meta team at the moment.

Spamming Frigg’s almost unlimited dash and Fimbulwinter skill could provide heavy damage while unleashing Frost effects in a wide area. You can also use its Frigid Fracture Discharge skill to directly hit an opponent with a slash, dealing up to 618.2 percent of attack while launching enemies in the air.

Still considered a top-tier main DPS weapon, Samir/Dual EM Stars is one of the best choices when determining your team’s main offensive machine. Aside from dealing enormous damage in an instant thanks to its skills, Samir is quite easy to use and can be easily combined in any setup.

Its Electro Field skill can be deadly, dealing damage equal to 269.8 percent of attack. Samir’s Discharge, known as the Domain of Thunder, removes all debuffs from its user and the ability to suspend all targets within an area of reach. The damage output it can produce could reach as much as 238.3 percent of attack in three seconds, while the domain lasts for 3.5 seconds and could deal 42.4 percent of attack to a chosen target every 0.5 seconds of the skill. That’s a total killer.

Indeed, Samir/Dual EM Stars is one of the best options when choosing the best main DPS weapon in today’s meta. Use it alongside King/Scythe of the Crow and Nemesis/Venus to have a meta composition. An all-Volt team with Nemesis/Venus and Crow/Thunderblades could be a great choice as well.

Still the best support and sub DPS weapon in the game, Nemesis/Venus proves her worth by claiming the spot as the first banner character in Tower of Fantasy thanks to her powerful abilities. She can deal enormous damage as a sub-DPS weapon, but her capacity to heal makes Nemesis a must-get, especially for those who really want to have the perfect and most effective team in the game at the moment.

Nemesis’ Perfect Attack, known as the Twin Spinning Focus, allows its user to fire a charged orb which can deal up to 172 percent of attack, all while creating a slowing magenta field that lasts for three seconds. But at the same time, dodging using the Venus weapon can heal nearby allies by more than 67 percent of the Wanderer’s attack, as well as a small healing chain triggered every two seconds.

Nemesis also possesses the Volt resonance, so combining her with Samir or Crow/Thunderblades could create an extra offensive team that can quickly dismantle enemies. In the Chinese version of Tower of Fantasy, Nemesis is still one of the most viable support weapons in the meta, despite other powerful support units such as the Physical type weapon, Lyra/Vespers.

If you can’t get your desired Simulacra, especially those mentioned above, there are other options you can still use that can match the current meta weapon composition.

Claudia/Gurem Blade is the latest banner character in Tower of Fantasy. This Physical-type weapon has Physical resonance, granting additional damage to other Physical-type weapons. Though the only Physical type weapon aside from Claudia currently in the game is Shiro/Chakram of the Seas, so the resonance still can’t be maximized at the moment. On the other hand, a bonus in terms of aesthetics, Claudia is definitely a good pick thanks to her flashy and well-designed skills.

As for the other weapons, these are great picks if you want to excel in the game. King/Scythe of the Crow is still the best Flame-type weapon in Tower of Fantasy and the most flexible choice to fill in the shield breaker role. Meryl/Rosy Edge is another great shield breaker, as well as her skill that summons an ice wall that surrounds a wide area to enclose the opponent’s moves.

The two additions to our S tier are Tsubasa/Icewind Arrow and Shiro/Chakram of the Seas. The former is heavily boosted thanks to Frigg being a Frost-type and granting the Frost resonance, while the latter is being used more because of Claudia’s Physical resonance being a viable choice in the current meta.

All of these weapons are effective in their own respective roles and can be your best option if you can’t manage to pull the weapons above. They, however, could become stronger if you can promote them to at least two stars or more to unlock their full potential.

B (good weapons, has the potential to be strong if stars are four or more)

These are the more common weapons you can get from the gacha pulls, making it easier to promote them to four or even six stars. But compared to the weapons above, you may not be able to use these effectively on stronger bosses if they are around three stars or below.

These weapons need a buff to be viable since they can only be used efficiently in the current meta when you promote them to six stars. But still, they are only good for simple explorations across the map.

D (last options to be used, not that effective)

As for the PvP mode of Tower of Fantasy, no weapons can be considered overpowered or unbalanced since every match relies on the players’ skills, compared to the game enemies, which are more straightforward to deal with. But the top two meta teams players use to reach the highest rank possible are the teams Meryl/Rosy Edge, Nemesis/Venus, and Cocoritter/Absolute Zero, and Frigg/Balmung, Claudia/Gurem Blade, and Nemesis/Venus.

The game’s PvP mode is set in a one-vs-one match against another player. That is why weapons that can provide excellent healing prowess are the best options. Nemesis’ healing potential, mixed with its massive AoE damage output, tops the current PvP meta and Cocoritter, the game’s current best healer, and becomes a decent melee weapon. Meryl/Rosy Edge’s abilities also make a match one-sided, especially when it summons the ice wall that opens the possibility for Meryl to lock the opponent through her spin attack.

The lineup above is more of a survival type of composition, wherein healing is prioritized over offense. But you can opt to create a PvP team that will provide the biggest offensive potential in matches. Combining Frigg/Balmung and Claudia/Gurem Blade, both have some of the most damaging skills in the game, and the shield-breaking prowess and freezing capability of Meryl/Rosy Edge (with the Frost resonance of Frigg), could be your best pick.

Two of these weapons are banner characters, so it may cost you a lot of cash or luck to build, as well as the time to master using these weapons as a team since unlocking its synergy is not easy. But when you do, it will definitely be worth it.

B (average to good weapons)

C (last options to be used, not that effective)

Are the meta weapons worth chasing in Tower of Fantasy?

Since the more powerful weapons at the moment in Tower of Fantasy are those that belong to the SSR rarity, which is the highest rarity in the game (or 0.75 percent probability on both the Choice Weapons banner and Featured Weapon banner), it would be a big gamble to really try to chase the meta weapons. Spending a lot of cash is possible for gacha draws, but you can’t guarantee the results.

But compared to other gacha games, the resources you need to use to draw in Tower of Fantasy are more rampant and easier to farm. That is why more players indulge in the game, spending their free Black, Gold, or Red nucleus to try their luck for a potentially powerful SSR weapon. You can still spend some real-life money if you want an easier yet unsure path to chase these high-rarity weapons, but even the devs say a player should spend their money moderately.