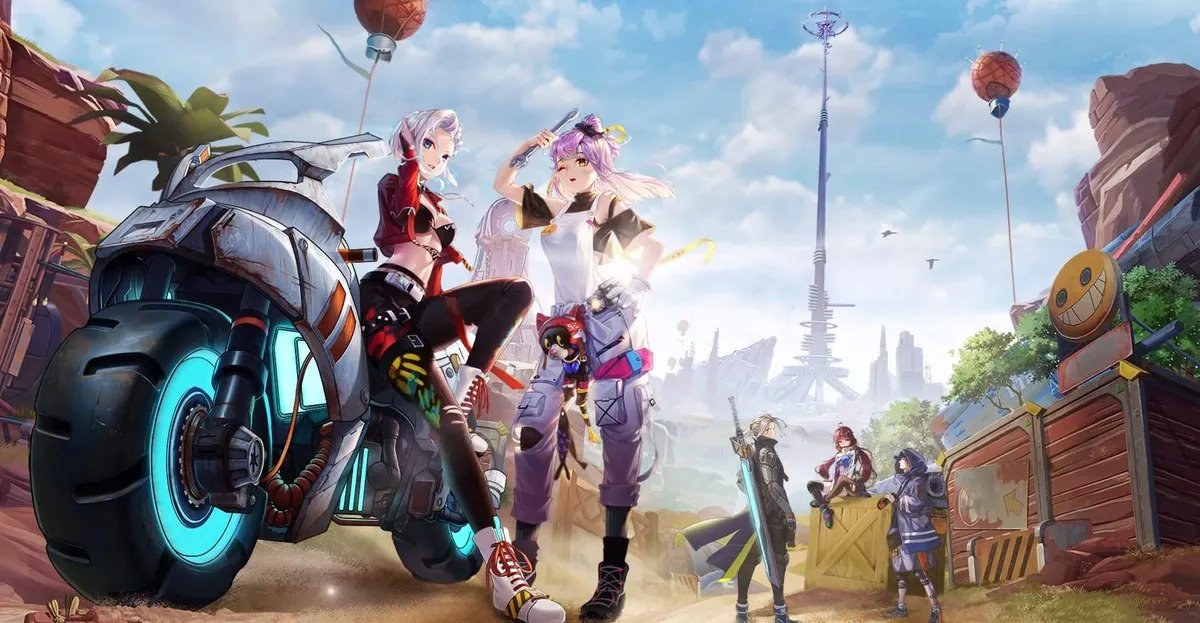 Another gacha game had its global release in August when Hotta Studios’ open-world MMORPG Tower of Fantasy finally debuted worldwide after being a China-exclusive game since last year.

And with it being a gacha game, it introduces a handful of banners, ranging from the standard one to the limited-time banners where players can spend in-game resources or even real-life cash to get the game’s high-tier weapon slash characters, known as the Simulacra.

Here’s everything about all the banners in Tower of Fantasy.

All Banners in Tower of Fantasy

The Choice Weapons/Weapons Galore banner is the game’s standard, non-limited weapon banner where players can try their luck to get their desired weapons anytime in Tower of Fantasy. This banner has a pity system, guaranteeing an SSR weapon (the highest rarity in the game) at every 80th pull.

But, aside from the 80th draw, players may have a chance to get another SSR weapon on those 80 pulls if luck favors their side.

Also, a guaranteed SR weapon is drawn every 100 draws on this banner.

This banner uses the Gold Nucleus currency for every draw a player will make. This can be farmed in the game, though it may not be that rampant compared to the Black Nucleus. Players can also grind to get Dark Crystals in the game, which is Tower of Fantasy’s main in-game currency to buy items and other resources. Every draw in this banner gives one Black Gold to the player, which can be used to exchange for various items in the Weapons Store, including copies of their drawn SSR weapons. Here is the Choice Weapons/Weapons Galore probability breakdown:

Another nonlimited weapon banner in Tower of Fantasy is the Weapons Galore which uses the Black Nucleus as the main currency for doing pulls.

Here, the base probability of pulling SSR weapons is lower compared to the banner that uses the Gold Nucleus. Though, the Black Nucleus is the more farmable currency in the game compared to the Gold and Red Nucleus.

All weapons from the Gold Nucleus Weapons Galore banner are available to be pulled here. Various resources and upgrading/crafting materials can be obtained from drawing in this pull, such as weapon batteries, elementhearts, and elementcores. There is no pity system in the Black Nucleus banner, meaning there is no guarantee on every draw you make. Here is the Weapons Galore (Black Nucleus) probability breakdown:

In Tower of Fantasy, a limited-time weapon banner is featured for a certain period of time. Here, it adapts the same system as the standard Choice Weapons/Weapons Galore banner, such as the pity system, wherein there is a guaranteed SSR on the 80th pull, as well as the Gold conversion on every pull which gives one Red Gold for every spending of the limited time banner’s main currency known as the Red Nucleus.

A guaranteed SR is also up for grabs in every 10 draws.

There are also some possible instances that an SSR weapon (may it be one from the standard banner or the featured limited-time SSR weapon) could be pulled on one of the 80 pulls, excluding the 80th pull.

The current limited-time banner is called the Angel’s Guidance, and the featured SSR weapon/Simulacra is the Frost Resonance carrier weapon, Balmung, which also unlocked the new character Frigg.

Here is the list of Tower of Fantasy’s limited-time banners:

Matrices are used in Tower of Fantasy as upgrades for weapons. A weapon can have up to four matrices, and these have effects that activate depending on the required number of matrices of the same type. Players may also be able to get these power-up chips through the Choice Matrices banner in the game.

The currency needed to draw matrices in this banner are the proof of purchase tokens. Whenever you draw and use proof of a purchase token, it will grant you one base chip in return, which can be used to buy matrices from the Commissary Matrix Store, including the SSR ones.

This banner also has a pity system, wherein there is a guaranteed SSR matrix for every 40 draws, and one SR chip for every one draws.

Its pity system also guarantees an SSR matrix chip in the 40th pull.

But it will also adapt into a 50 percent chance for the featured character’s matrix against the 50 percent which leans towards any of the SSR matrices from the standard Choice Matrices banner.

Players need to use special vouchers to draw in this banner. Each special voucher that will be spent will give one overlocking chip which can be used to get a limited-time SSR matrix chip from the Limited Store. When the banner for the limited character disappears, this banner will also go as well. Here is the list of Tower of Fantasy’s current, past, and future limited-time matrices banners:

Should you pull in every Tower of Fantasy banner?

Since all of the banners in Tower of Fantasy do not guarantee what you will get, drawing wisely is the key to balancing all things.

If you are a free-to-play player, you should save up resources to pull the weapons or matrices that you could benefit from. It is advisable you could just draw for a banner that has the weapon which can be a great fit to your combat composition.

This mostly applies to limited-time banners, since you can save up resources for a long time for the standard ones because they won’t go away.

For example, if you used the majority (or almost all) of your Dark Crystals and Red Nucleus to get Nemesis in her past banner, then maybe sticking to a Volt comp would be the best option you could do. Skipping with Frigg’s banner could help you save your resources for another Volt-type weapon that may come in the future.

But if you are someone who would like to almost have all the available SSR weapons and matrices in the game and at the same time be a free-to-play player, you might run out of resources when the time comes that a certain limited-time weapon that could fit into your comp would be featured in the game.

So, spending your resources in a wise way is crucial in Tower of Fantasy, unless you are someone who could pay real-life cash for the sake of the game.