Similar to the NA Astral Cup, the TFT Set Seven Jade Cup will take place over the course of two weekends. The July 30 to 31 weekend featured 128 players, with only the top 32 advancing to the Aug. 6 to 7 second weekend. A total of 32 players skipped the first weekend, including the top 24 ranked NA players according to ladder snapshots and those who qualified for the Jade Cup during the Astral Cup.

Here were the 32 NA players who earned a bye during the first weekend of the TFT Set Seven Jade Cup.

A total of 12 games were played over the course of two days. Bonus points were awarded to players who finished in the top 24 after day one and points were carried over into the second day of the competition. Only the top 32 earned an invite to compete during the second half of the TFT Set Seven NA Jade Cup.

Here are the top 32 from the first two days of the Jade Cup: 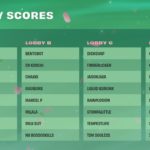 Kicking off the second weekend of the TFT Set Seven Jade Cup were a total of 64 players. Six games were played, with lobbies getting reseeded every two rounds. Bonus points were awarded to the top 12 after six games, and the top 32 advanced to the final day of the Dragonlands Jade Cup. 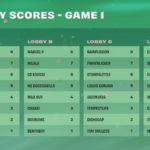 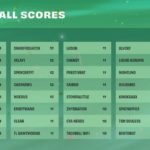 The Jade Cup standings shuffled heading into the final two games of the day. Sètsuko moved up with a game four lobby win while Ramblinnn took a hit with an eighth. Over half the field was still eligible to make the final day cut. 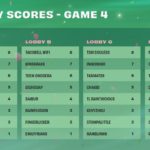 Rainplosion was one of the standouts at the Jade Cup, earning a chance to compete today by hitting the top 32 during the weekend and advancing to the final day with three bonus points. Milala also had an amazing day, ranking at the top of the leaderboard following day three.

Here are the top 32 North American TFT players advancing to the final day of the Dragonlands Jade Cup. 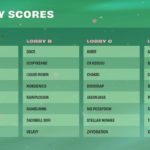 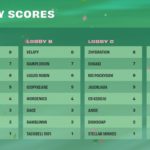 After three games played, Milk sat atop the leaderboard with 23 points, followed by TL Robin and Rainplosion with 22 points.

Only eight players advanced to the TFT Jade Cup playoffs after five rounds played on the final day of competition, playing another two games to determine who advances to the Mid-Set Finale. Making the top eight cut was TL Robin, MD Pockygom, JasonJava, Rainplosion, Zhydration, Berasaurus, Chakki, and Milk Guy.

The final two games of the playoffs showcased a Zoe three-star, Daeja three-star, and a Soraka three-star that wiped the board with one cast, earning Rainplosion the TFT Set Seven Jade Cup title.

All images via Riot Games and Wisdom.