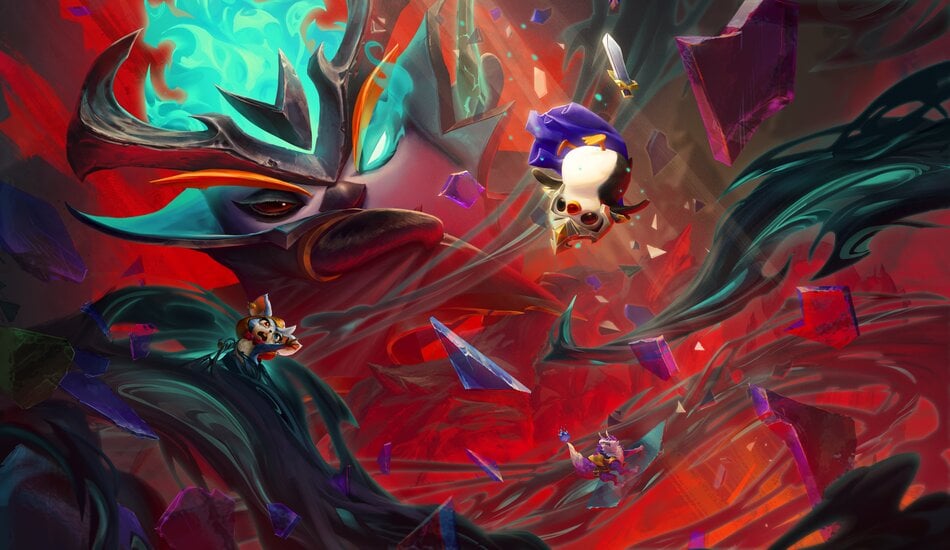 A number of Teamfight Tactics system changes are scheduled to take place in the upcoming Reckoning 11.11 patch with an intent of improving gameplay UI and the meta, according to the Set Five balance team.

Scheduled to go live on May 26, Patch 11.11 may continue to shake up the meta with a large number of nerfs and buffs. The Reckoning update will also include user interface improvements and reroll percentage changes at stages six and seven along with loot Orb adjustments and carousel Shadow Item rates, James “Statikk” Bach and Riot Kent of the balance team revealed today during the 11.11 Patch Rundown.

Patch 11.11 contains a buff to the item recipe hints UI, allowing players to further explore the abilities of completed items. Upon right-clicking or tapping an item to view what completed items a component can create, the TFT design team has added a second step. After clicking the completed item, players can now read a full description of it.

The UI change is significant, providing information players need to make correct decisions without the assistance of a third-party app. An adjustment was also applied to the Zz’Rot Portal item icon, changing the color from green to purple for players competing on PC.

Players will notice a change to shop rate percentages within the TFT 11.11 patch, promoting a reroll of two and three-cost units at stages six and seven. Rerolls for two-cost units are optimal at stage six while three-cost champions are improved at level seven.

Carousel Shadow item rates are also being adjusted in the upcoming Set five Reckoning 11.11 patch. The changes “should provide more access to Shadow items,” according to Statikk and Kent.

A buff to Orbs will occur in the Set Five 11.11 patch change too, lowering the odds of gold in exchange for champions of equal value.

All changes in the upcoming TFT 11.11 patch are subject to change prior to going live on May 26. Players can test out the upcoming Set Five Reckoning adjustments via the PBE server prior to release.