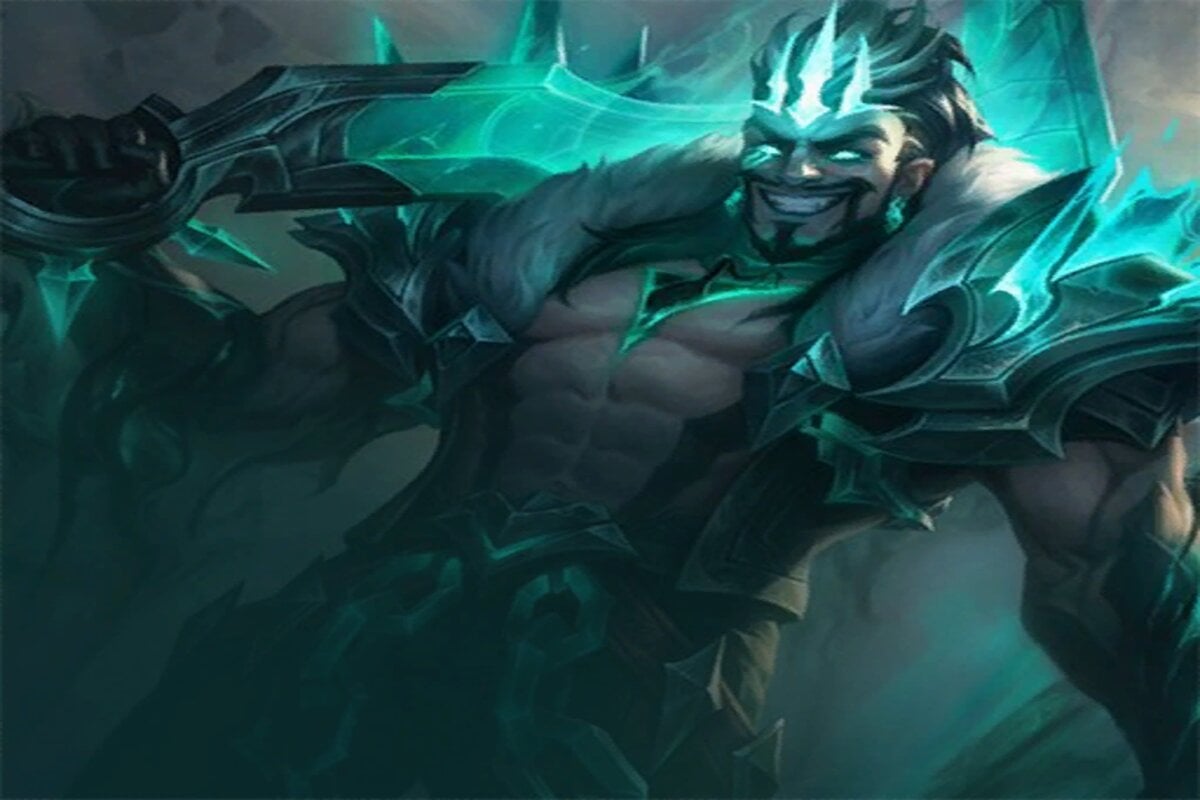 A total of 20 Teamfight Tactics players from around the globe earned a seat at the Reckoning World Championship, competing over the course of four days for the Set 5.5 title.

The third TFT Worlds Championship is scheduled to take place over four days, showcasing one lobby per day. The first day will feature one player from each region, with the lowest seed competing from regions that have multiple representatives at Worlds. The next two days will have the remaining 16 players split into two lobbies, with the top four from each advancing to the Reckoning Worlds finals. 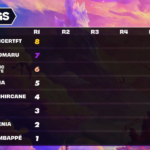 Escha and Nukomaru started off strong, with a win streak to Stage 3-2 that earned both players a top-four finish. SpencerTFT went on a losing streak down to 31 HP, playing Hellion re-roll, earning the first lobby win of the day.

The Radiant Blessing contained two Thief’s Gloves, creating a tight lobby with as SMBappé the only tactician able to maintain high HP. Defeating SpencerTFT and Shircane with a double-kill, SMBappé earned his first lobby win with Aphelios Nightbringer and an Akshan two-star.

Game three at TFT Reckoning Worlds showcased multiple players running Lucian. SpencerTFT went for the Hellion Kled re-roll again but couldn’t make it work, taking a seventh. Escha transitioned out of Hellion to Lucian, taking a second-place finish. Mplete earned his first lobby win with Draven Forgotten and Viego two-star after win streaking for the third game in a row.

Going eighth to first to eight and back to first, SMBappé took his second lobby victory with Hellion re-roll, hitting Kled three-star at Stage 3-5. Heading into the final TFT game of the day, SpencerTFT and SMBappé were just outside the top-four tied at 18 points. Mplete sat at the top of the lobby with 23 total points with Shircane, Nucomaru, and Escha all tied with 21 points

SMBappé ran the classic TFT first or eighth with a game five victory via three-star Yasuo Cavalier. Shircane stayed consistent with a fourth-place finish to earn a spot in the top four along with Nukomaru and Escha. 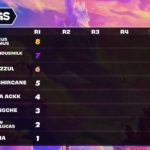 No players were able to win-streak into Stage two. Re-rolls were in full swing by Stage 3, with Delicious Milk running Hellion Kled and Woozzul on Chug Bug. Gluteus Maximus, however, was disintegrating boards with a three-star Vel’Koz Abomination Spellweaver Revenant comp for a victory in game one.

Delicious Milk stuck to his game plan, open-forting to force Hellion re-roll uncontested for a lobby victory. ACKK took a second running Dawnbringer Karma carry and Garen with a Radiant Ionic Spark while Escha went from eighth to top four running Vel’Koz. And playing for consistent top-four placements was Shircane with a solid transition from Aphelios to Draven carry.

Gluteus Maximus started the third game off strong with a four Brawler opener and a win-streak into Stage four, but was unable to transition, finishing in sixth-place finish. Taking first was Woozzul via an Assassin Spatula on his Gwen carry while Delicious Milk forced Hellion again for a fast eighth place. Escha made a strong transition into Vel’Koz to earn a second, and Shircane hit top-four again with Draven carry.

Shircane went on a win-streak into Stage four that led to an Akshan Legendary level nine board, just barely beating Delicious Milk and his Kled re-roll comp to earn his first lobby victory of the day. Both players ended up tied at the top of the leaderboard, followed by Escha and Zixingche.

Here are the four players from the TFT Reckoning World Championship Lobby A group stage advancing to the finals: 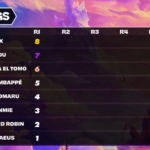 Qitux started off strong with Infinity Edge and Jeweled Gauntlet on Brand for a fast eight, transitioning into a three-star Karma and earning the first lobby victory of the day. El Tomo played the first Vayne re-roll at TFT Reckoning Worlds for a third-place finish, while ddudu earned second with Gwen Assassin/Aphelios. Taking a fourth was SMBappé, from the day one play-in stage, on Draven carry.

The final battle in game two came down to Skipaeus on Blue Buff Jax and SMBappé playing Vel’Koz, with each player at one HP. Earning a first was SMBappé, even after disconnecting during the Stage three carousel and missing his item pick. Huanmie chose to open fort into the Stage three carousel, transitioning into Lucian Sentinel to earn a third-place finish while Nukomaru went Vayne re-roll with Draven Cavalier as a secondary carry to grab fourth.

Robinsongz regained ground with a third-place finish, while ddudu edged himself above the pack with a fourth on a Gwen carry. SMBappé hit a three-star Lucian but misplayed and lost the Fist of Fairness, costing him a first-place finish against Qitux and his Vel’Koz board.

Up against Nukomaru and Huanmie at level nine boards, Robinsongz outpositioned his opponents for a double kill with Aphelos to earn a victory in game four. SMBappé remained at the top of the leaderboard with a three-point advantage over Qitux in second. Robinsongz was back in the fight, tied with Nukomaru at 19 points while ddudu and Huanmie were tied at 17 points.

Game five showcased Skipaus running Hellion re-roll, a three-star Lucian by Huanmie, and a three-star Aphelios by Nukomaru. One Draven short of a three-star, Robinsongz finished in sixth, falling just shy of making the top four cut to advance. The final battle came down to Aphelios three against Lucian three, with Huanmie taking first.

Advancing to the TFT Reckoning World Championship finals were eight players from the two group stages. 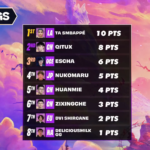 Unlike the play-in and group stages, first place lobby winners earned a total of 10 points in a checkmate format. Players needed to hit a threshold of 18 points, and then earn a first-place victory to become the TFT Reckoning Worlds champion.

SMBappé kicked off the first game of the day with a victory, running Zyra three-star Abomination. Contesting SMBappé for that Draconic opener was Delicious Milk, who ended up taking eighth. Running Hellion re-roll was Escha with a two-star Garen at level nine, taking third. Qitux went with Lucian for a second place finish, and Nukomaru placed fourth with an eight Legionnaire Draven/Kayle build.

Escha put the final TFT Worlds lobby on notice with a win in game two via a three-star Vel’Koz. Delicious Milk returned to Hellion re-roll to take a fourth. Zixingche earned third with Lucian and Qitux took second with a Lucian carry as well. SMBappé went for Teemo carry and fell in seventh while Shircane squeaked out a sixth with a Jax carry.

Delicious Milk showcased his Set 5.5 TFT skills by playing a duo carry of Aphelios and Akshan for his first lobby victory of the day. Also bouncing back was Shircane with a Vayne re-roll build to finish second. Escha passed the 18 point threshold with fifth-place via Miss Fortune re-roll, as did Qitux, finishing fourth with Aphelios.  And third place in the lobby went to Huanmie, playing Lucian.

Game four began with Delicious Milk and Quitx running an open fort strategy, along with all the other players refusing to slam items. Quitx didn’t hit on his roll down, finishing sixth. Delicious Milk went Hellion re-roll to cross the 18 point threshold to finish second. Huanmie won the lobby to cross the threshold with Aphelios. Shircane also crossed the threshold running Draven and finishing in third while Zixingche finished in fourth with Nocturne three-Star Assassin.

Akshan was the most played Set 5.5 champion in game five but it was Huanmie’s eight Legionnaire comp running three-star Riven and three-star Nidalee that claimed the TFT Reckoning Worlds title.