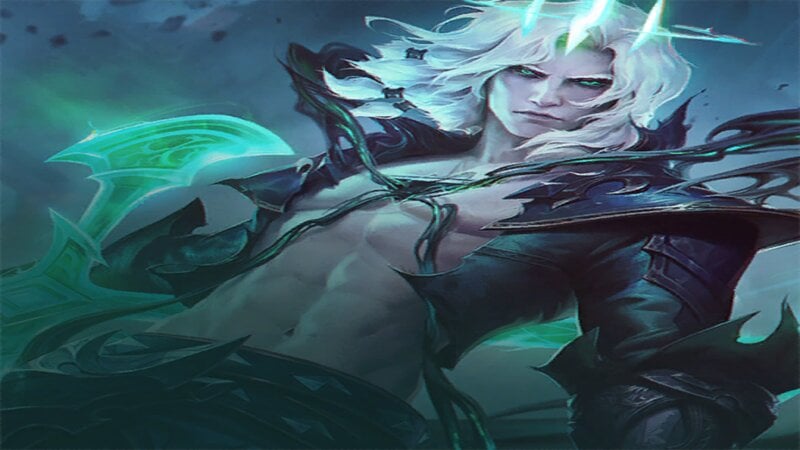 Set Five Reckoning has launched, showcasing a number of carriers to help players fast eight and nine toward those Teamfight Tactics Legendary carries.

A new mechanic, Shadow items, was introduced with TFT Set Five. Adding a total of 36 new items (not including spatula trait items), players have options when equipping their carries. Building a solid team comp in TFT has always included best-in-slot (BiS) items on the carriers. Set Five expands on this theme offensively and defensively with the Shadow items.

Since the launch of Set Five, several major patches have shifted the primary carry within the best TFT comps. Vayne started off hot but has been reduced to a filler unit while LeBlanc was totally reworked in Patch 11.12, shifting her from a primary carry in Assassins to a utility unit.

From Katarina popping off in Assassin builds to Vel’Koz evaporating units, here are the top TFT Set Five Reckoning carriers and their BiS items.

Ziggs is an ideal early-game carry with AP items such as Spear of Shojin and Jeweled Gauntlet. It also doesn’t hurt to speed him up with Guinsoo’s Rageblade. Items such as Infinity Edge combo well with Jeweled Gauntlet, while Shadow Guardian Angel covers Ziggs should he get one-shot.

Teemo and Heimerdinger are late-game additions, with players typically shifting Ziggs’ items over to Teemo in the Hellion build. Going Legendary is also an option where Heimerdinger can use Ziggs’ items to evaporate units with his spell.

Spellweaver has remained mostly consistent through the first few TFT Set Five patches, using Vel’Koz and his ray of death. The BiS items on Vel’Koz are Spear of Shojin and Shadow Jeweled Gauntlet. Other items that work on him include Infinity Edge, Hand of Justice, and Hextech Gunblade.

Aphelios was initially nerfed but has slowly worked his way back into the TFT meta. Speed is essential with the Ranger, which is why Guinsoo’s Rageblade is likely the best item for him. Aphelios can also capitalize on Bloodthirster in conjunction with Rageblade and his spell will pop with the addition of Deathblade.

The Draconic comp went from a fun build to S-tier since the release of Set Five Reckoning. Sett was the main carry of the build using items like Bloodthirster and Shadow Infinity Edge. Since the 11.11 B-patch, though, he’s slowly fallen off, leaving Ashe as a solid main carry to fast eight or nine.

Once hitting the late-game stages, Draconic is typically dropped for stronger TFT comps like Invoker and Legendaries. Varus can also work well with Ashe as a main carry in Draconic, which can transition into a Kayle Knights build once hitting level nine.

Abomination has had its ups and downs but Brand remains a strong carry within the Set Five meta. BiS items are Blue Buff and Shadow Deathcap. Nunu, on the other hand, likes defensive items like Bramble Vest, Warmog’s Armor, and Sunfire Cape.

Ranger and Redeemer builds will use Varus as a primary carry, rerolling him to a three-star unit. Similar to Aphelios, the Ranger likes speed, using Gunsoo’s Rageblade well. Other items include Runaan’s Hurricane, Bloodthirster, and Hand of Justice. Depending on the meta, Last Whisper and Infinity Edge are also strong on Varus.

Dawnbringer builds with Riven as the primary carrier are on the rise in TFT Set Five. Bloodthirster increases Riven’s AD while allowing her to last longer and Shadow Runaan’s Hurricane pops off with her auto attacks.

Other items that Riven can use are Deathblade, Shadow Bloodthirster, Shadow Deathblade, Infinity Edge, Last Whisper, and Rapid Firecannon. The only issue with RFC is that Riven will no longer stun her enemies. But at three-star, the damage output from Rapid Firecannon in conjunction with Runaan’s Hurrican makes up for the lack of a stun.

Yasuo is one of the most underrated carries in the Set Five meta at the moment. Rapid Firecannon is a must-have item, allowing him to stay protected behind the frontline while he shreds the opposing team. Runaan’s Hurricane also pairs well with RFC, while Jeweled Gauntlet gives Yasuo’s spell a boost.

Kayle is a Legendary carry who can win games with a proper frontline defense. BiS items for Kayle are Shadow Guinsoo’s Rageblade and Shadow Guardian Angel. She can also use Hand of Justice and Hextech Gunblade.

Karma has returned to the meta as a primary carry due to the crit damage nerf in Patch 11.12. Karma no longer needs Blue Buff to pop off like she did during the release of Set Five Reckoning. Players either choose defensive items on Karma to extend her life during a match or run Shadow Jeweled Gauntlet with Infinity Edge. Deathcap is another viable option.

Using Draven during Set Five has been like riding a rollercoaster. Patch 11.12 has propelled him back into A/S-tier status as a Forgotten primary carry. The Legionnaire still uses Shadow Blood Thirster. Shadow Infinity Edge or Giant Slayer are solid secondary item choices. And Shadow Zeke’s or Last Whisper will work as a third item.

Kalista is on the rise as a popular primary Assassin carry in TFT Set Five. Shadow Infinity Edge is one of the strongest items on her, followed by Spear of Shojin. Giant Slayer is another option, depending on the meta, along with Hand of Justice and Blue Buff.

Three-star Nocturne is one of the last champions worth rerolling that can have some success. Ideal items on Nocturne are Shadow Zeke’s and Shadow Runaan’s’ Hurricane. Other options depend on the lobby meta and include Last Whisper, Giant Slayer, Infinity Edge, and Rapid Firecannon.