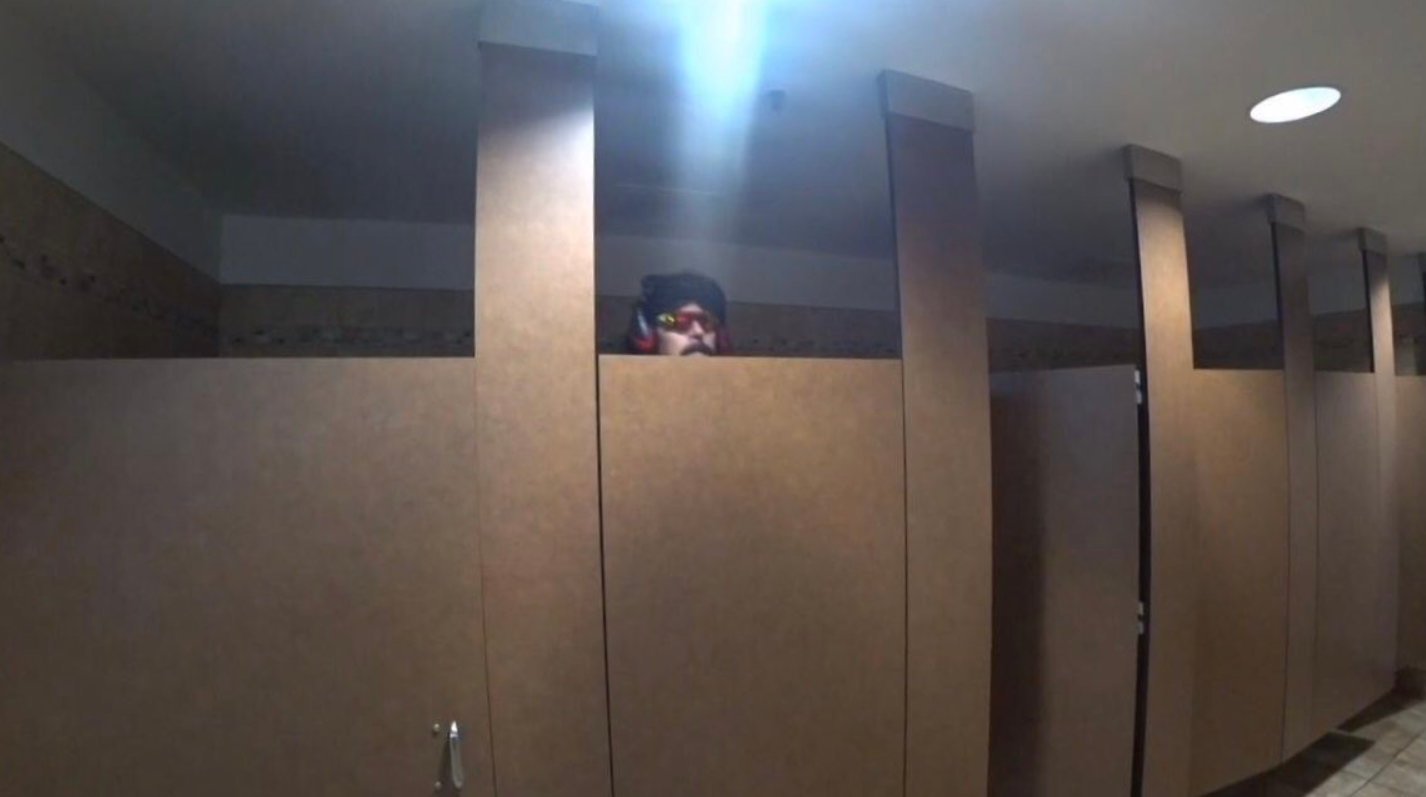 During his first livestream in nearly a month, Guy “Dr Disrespect” Beahm revealed that Twitch rejected his submission of a new emote named “BREAK.” The emote depicted the streamer in a public bathroom, alluding to his controversial moment at E3 where he entered a public bathroom and filmed other E3-goers using the restroom.

The emote is a cut-out of a screengrab of Dr Disrespect poking his head above a bathroom stall from the streamer’s first IRL stream on June 11 during E3. While being followed around the event by his cameraman, Dr Disrespect walked into a men’s bathroom that was in use by others. Although nothing revealing was shown, the stream violated both Twitch’s Terms of Service and the California Penal Code, which explicitly labels filming inside of a bathroom as a misdemeanor in Section 647(j)(1).

Shortly after the incident, Dr Disrespect had his E3 badge revoked and was banned on Twitch for two weeks. During the ban, the streamer teased the emote in response to Tim “TimTheTatman” Betar, who had posted a screencap from the live stream to Twitter.